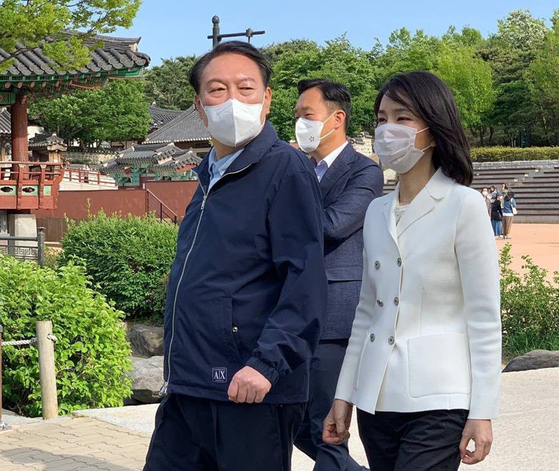 
The new president and his first lady were out in public over the weekend, and at least one fashion choice was picked up on by the public.

On Saturday, four days after his inauguration, President Yoon Suk-yeol went to the Shinsegae Department Store branch in Gangnam, southern Seoul and bought a pair of loafers. He was accompanied by first lady Kim Keon-hee.

“We were not informed that the President would be visiting,” said a Shinsegae Department Store spokesperson. “We were surprised by his visit.”

According to the office, the couple had a late breakfast in their Seocho-dong house in southern Seoul then went out shopping.

“We believe that it was first lady Kim who suggested the day out, after she felt that President Yoon needed new shoes,” the staffer said. 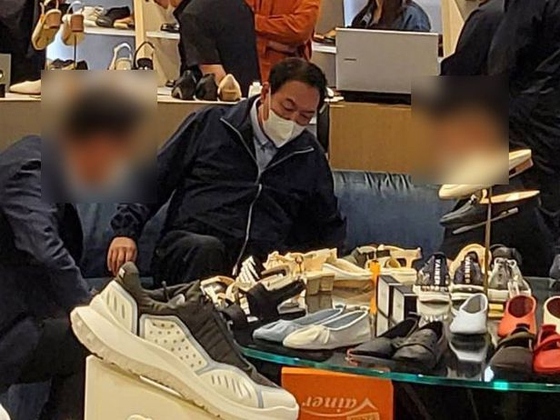 
This is all part of Yoon’s efforts to be more approachable than his predecessors, according to the presidential office.

The couple then went to the Gwangjang Market in central Seoul to buy food, strolled around the nearby Namsan Hanok (traditional Korean housing style) Village and went home for dinner.

“We hope that you take this as President Yoon leaving his presidential authority at the office to join his fellow people as a Korean citizen over the weekend,” the staffer said.

Vainer is a small manufacturer headquartered in Goyang, Gyeonggi, with 40 employees. Founded in 1994, the company sells casual men’s and women’s shoes and golf shoes priced between 100,000 and 400,000 won. The brand is sold in major retailers including Shinsegae, Lotte Department Store and Costco.

When word of Yoon’s purchase got out, orders flooded onto Vainer’s website and it crashed. The website was still down as of Monday afternoon.