Board of Regents honors the late regent at its quarterly meeting 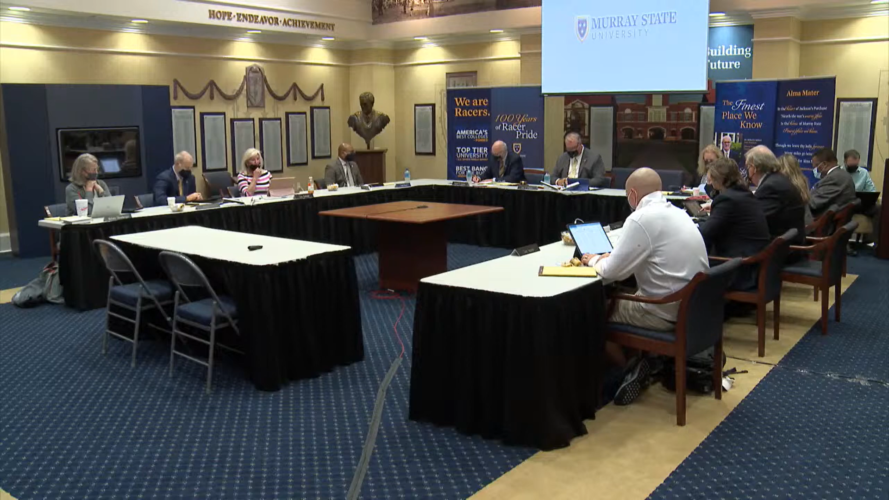 The Council of Regency swore in three new regents, honored the late Phil Schooley, and discussed a return to a sense of normalcy despite COVID-19 at its quarterly meeting on September 3.

The board entered into annual board elections. Don Tharpe and Jill Hunt were both unanimously nominated as Vice Chairmen and Secretary.

President Bob Jackson continued the meeting with a report on COVID-19, facilities, financial support for students and the idea of ​​finding a new normal despite the pandemic. Jackson notes that Thursday’s soccer game symbolized a return to normal.

“As we return to a new normal, teaching and learning, campus and student life, athletics and student safety are the issues we focus on every day,” said Jackson. “Last night was a perfect example of this, we tried our best to get back to normal, and last night was a perfect demonstration of that. Everyone longs to come back to get whatever the next or new normal is. “

On other matters, a resolution was passed addressed to the late Phil Schooley and his service and commitment to the state of Murray.

“This resolution of recognition and commemoration will honor Phillip R. Schooley’s longstanding service and dedication to the Board of Regents and Murray State University,” said Chairman Eric Crigler. “In 2009 Schooley was elected by his peers as the Chief of Staff to the MSU Board of Regents, and in 2021 he was elected to an unprecedented fifth term as Chief of Staff to the Board.”

Jackson said the university is moving in a positive direction towards normalcy following the pandemic and that he is extremely proud of the work done and is pleased that the students are satisfied.

Jackson also spoke about Murray State’s upcoming centenary. The celebrations are still being planned, but should take place in spring 2022.

Although enrollments are still in the middle of a pandemic, the number of enrollments is still constant.

Despite constant enrollment rates, this cannot be said about retention.

A comparison of the enrollments in April 2021 with the autumn semester showed that the enrollment rate has decreased by 56%. With that in mind, Jackson reminded the board that they are all recruiters.

The number of incoming students with college credit hours has decreased due to the pandemic. In the past, around 70% came with credit hours; now that number is around 53%. The credit hours range is 1-80 and the average is 22 credit hours.

The finance committee’s project proposals were then unanimously adopted. These proposals included an electrical infrastructure project, replacing the roof for the William “Bill” Cherry Expo Center, upgrading the HVAC for the commercial building, and plans for a National Pan-Hellenic Council plaza.

This space will be located between the Harry Lee Waterfield Library and the gates on Olive Street. This project is privately funded.

The board then decided to rename two buildings in honor of the former lecturers and staff.

In addition, Jerry Shroat, Chairman of the Board of Trustees of the Murray State University Foundation, was awarded an honorary doctorate.

The next board meeting will take place on December 3rd.