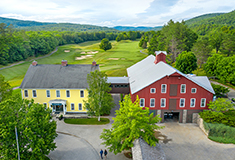 Ludlow, VT Fox Run Properties LLC has acquired the 279 acre Okemo Valley Golf Club. Fox Run is a special purpose vehicle established to acquire and operate the former Okemo Valley Club. The privately funded transaction heralds a recovery in the U.S. hospitality, travel, and golf industries, all of which have been hard hit by the COVID-19 pandemic. The new owner has renamed the property Fox Run Golf Club. 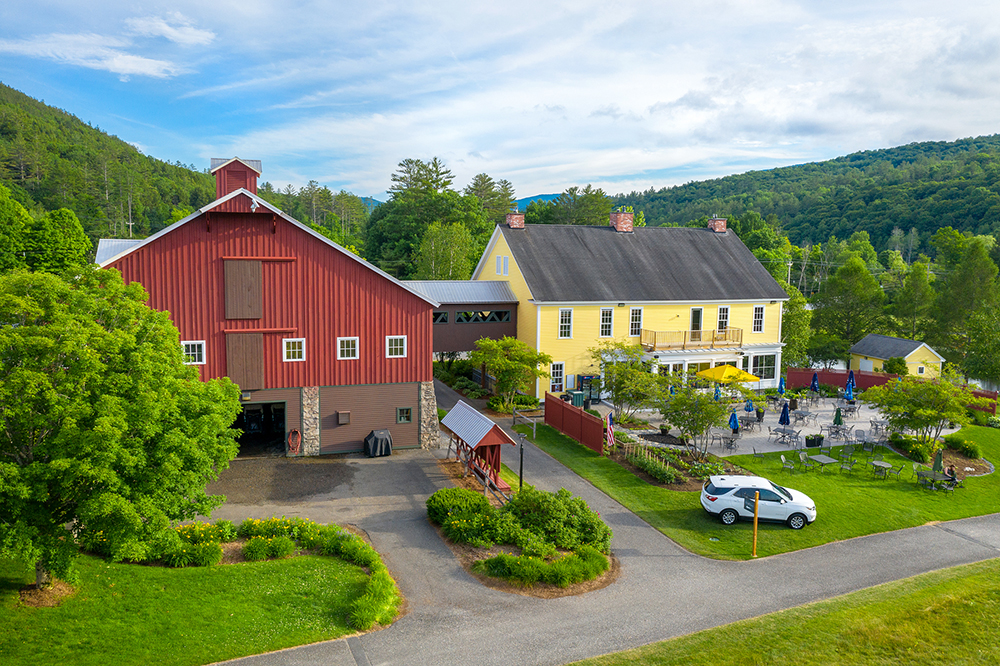 The seller, Vail Resorts, bought the club in 2018 along with the adjacent Okemo Mountain ski area.

The new owner has embarked on extensive renovations to both the greens and club facilities that began prior to the closing of the acquisition transaction. McAlpine Contracting acted as general contractor and design builder for all renovations.

The club’s new general manager Janine Corning said, “The renovation will allow the property to offer significantly improved facilities for golfers, their families and guests.”

“Fox Run Properties is excited to introduce a number of upgrades and developments to provide an enhanced golfing experience and bespoke residential and hospitality options,” said Troy Caruso, President and CEO of Fox Run. “In phase I we modernized the golf course and its amenities. Two future development phases will include the addition of hospitality and luxury senior housing components as well as further expansions to the golf club’s services and facilities. “ 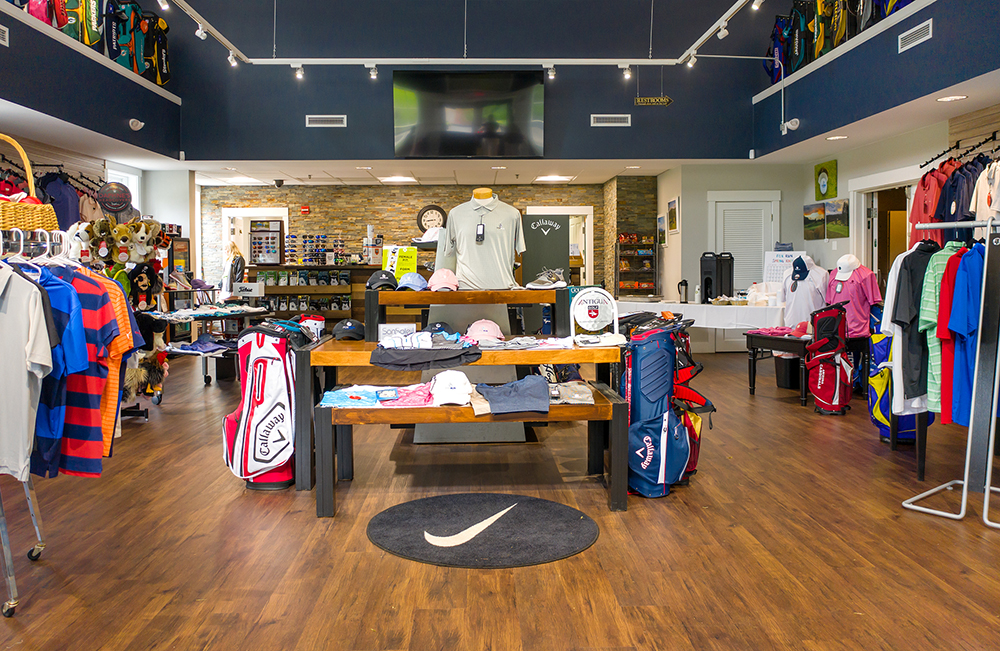 The Steve Durkee designed Fox Run is the only heathland-style golf course in New England. It’s also the only place that overlooks Okemo Ski Resort on Ludlow Mountain. The property has been rated one of the best public courses in Vermont by both Golf Digest and Golfweek and has hosted numerous Vermont PGA and New England PGA Senior Championship tournaments. The 6,400-yard golf course features undulating, sculpted bent-grass greens, tees, and fairways framed by trees and decorative grasses, all against the backdrop of the Green Mountains. Almost 20,000 rounds of golf are played on the course every year.

To serve both the players’ families and the local community, Fox Run has built a new 500 meter scenic dog walk with a view of the plaza and a seating area. The wooded dog walk, which does not interfere with the golf course, is open to the public and has already proven very popular with guests and locals alike.

The club currently has 170 private members and is also open to the public. A four-hole course for beginners with holes of 60 to 100 meters offers families and beginners easy access to the game of golf.

New York general contractor McAlpine Contracting has completed the renovation of the course facilities as part of a design-build contract. According to McAlpine Vice President John Nolan, “the first phase of the renovation had a budget of $ 1 million and was completed on an accelerated schedule.”

The renovations were extensive. “The upgrades included new flooring; To shine; completed; audiovisual systems; as well as heating, air conditioning and ventilation systems. A new stone wall accentuates the pro shop. The former conference room has been converted into a new cigar room and there is a new, upscale catering event room for weddings, rehearsal dinners, corporate events, anniversaries, birthdays and other special events for up to 50 people, in addition to larger events for up to 200 people in the renovated Main restaurant, ”says Nolan.

The two-story clubhouse with 9,200 b / w houses a full-service pro shop and a restaurant, a club room, changing rooms and offices. The building is connected to an adjoining indoor training facility with 12,000 s / f through an air corridor on the second floor. 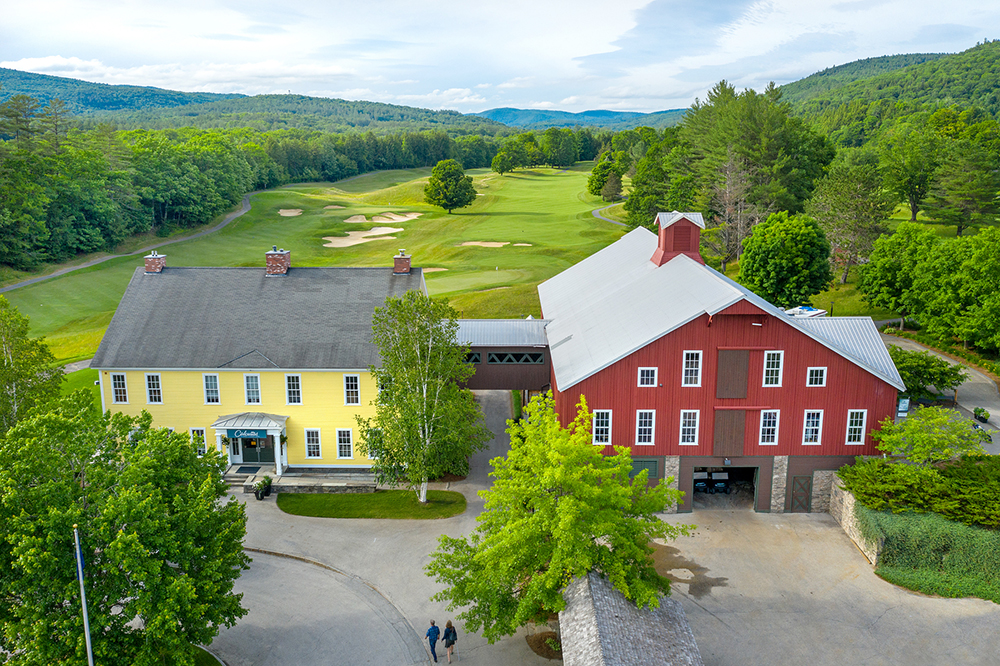 Senecal said: “Private lessons as well as group lessons and clinics are possible by appointment. Fox Run has a PGA junior team under the age of 13 and offers 4-day junior golf academies. In addition to other programs that are already running, the Sunday Ladies and Junior Clinics are very popular and always well attended by golf beginners. “

The bar and restaurant with 200 seats, renamed Calcuttas, has been completely renovated by McAlpine Contracting and, unlike the previous restaurant, is open all year round. “A nine meter long linear bar serves as a dramatic architectural feature. New surfaces, lighting, and sound and video systems create an appealing dining room in a relaxed atmosphere, ”said Adrian Vasile, McAlpine Director of Construction Administration, who led the redesign process for the entire property.

Featuring modern American cuisine, the restaurant is run by Mark Williams, the successful owner of two popular local restaurants – Sam’s Steakhouse and Mr. Darcy’s Bar and Grille – known for their fine dining and casual atmosphere. The restaurant is open to both golfers and the public and is available for catering events such as weddings.

Mark Montalvo, McAlpine Site Manager, says: “Other additions to the property include new bocce alleys; a horseshoe pit; a health and wellness center; and site works such as new irrigation and supply systems and landscaping. Tennis and pickleball courts will be added in the next upgrade phase. “

In winter the property houses the Okemo Valley Nordic Center with a total of 22 km of cross-country ski trails and 13 km of snowshoe trails. To cater to recreational snowmobile users, Fox Run offers direct access to the vast regional snowmobile trail system as well as indoor snowmobile parking and gasoline refueling.

According to Caruso, “Fox Run has plans for two consecutive phases of expansion to develop the 120 hectares without upgrading the property. In Phase II, an upscale residential complex for seniors will be built with a preliminary budget of $ 25 million, while Phase III will include the construction of a hotel worth $ 15 million. “