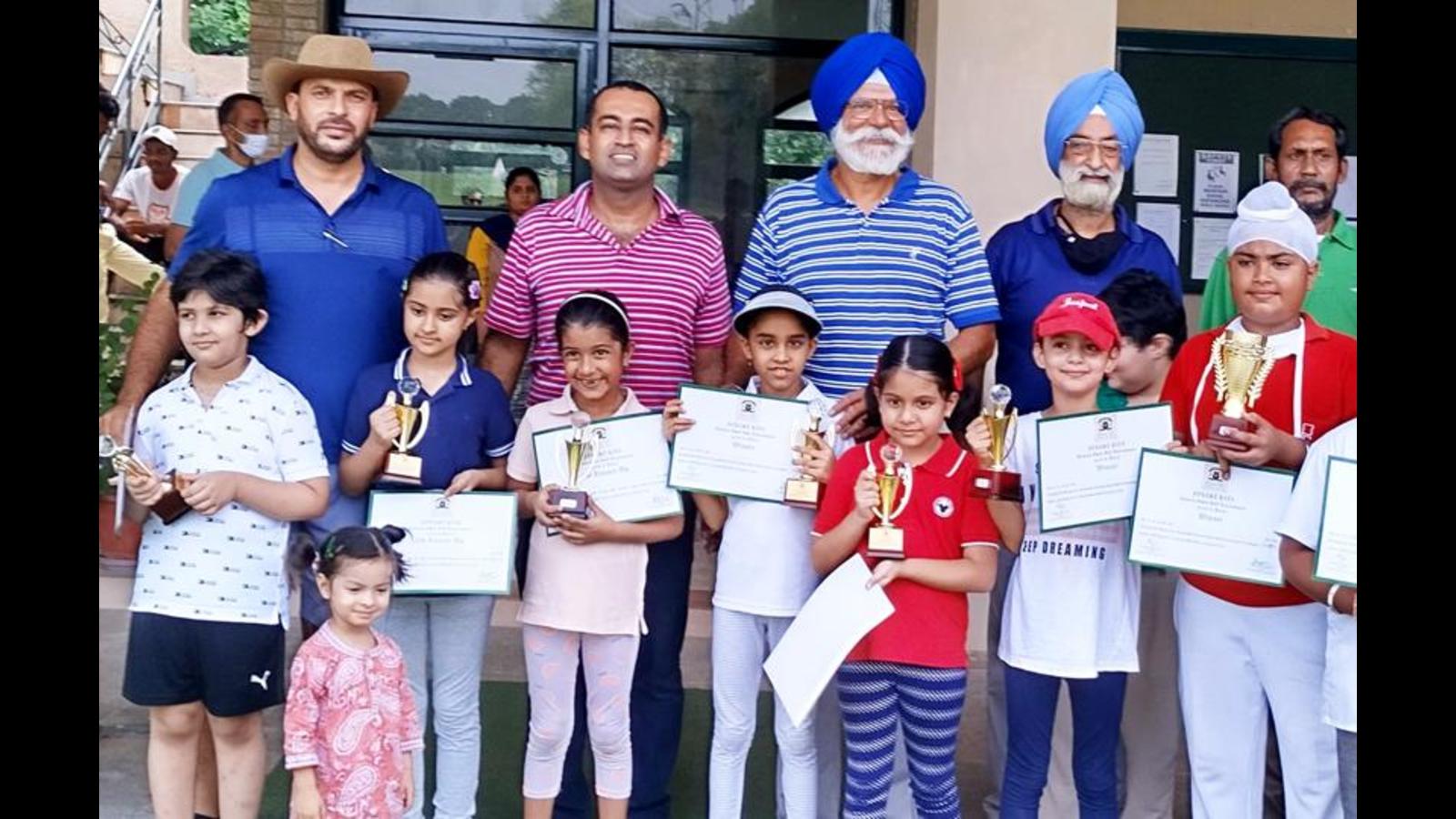 The President of Forest Hill Golf Club opened the meeting, which was attended by children aged 6-17 from Chandigarh, Punjab and Delhi

Forest Hill Golf Club President Birinder Singh Gill opened the meeting, which was attended by children aged 6-17 from Chandigarh, Punjab and Delhi. In the boys’ category, Yugvir was the winner and Subeg was the runner-up.

In category C for boys, Ranvijay Singh was the winner, while Gobinddeep Singh took first second place and Agam took third place. In category B for boys, Ajay won, Jai Gupta and Digvijay finished second and third respectively. In the girls’ category, Jasmandeep Kur was the winner and Harshita was second.

In the boys’ category A, Aditya Sood won, followed by Aryaman Rautela in second place and Arnav Dhaka in third place.

Get our daily newsletter

Thank you for subscribing to our daily newsletter.