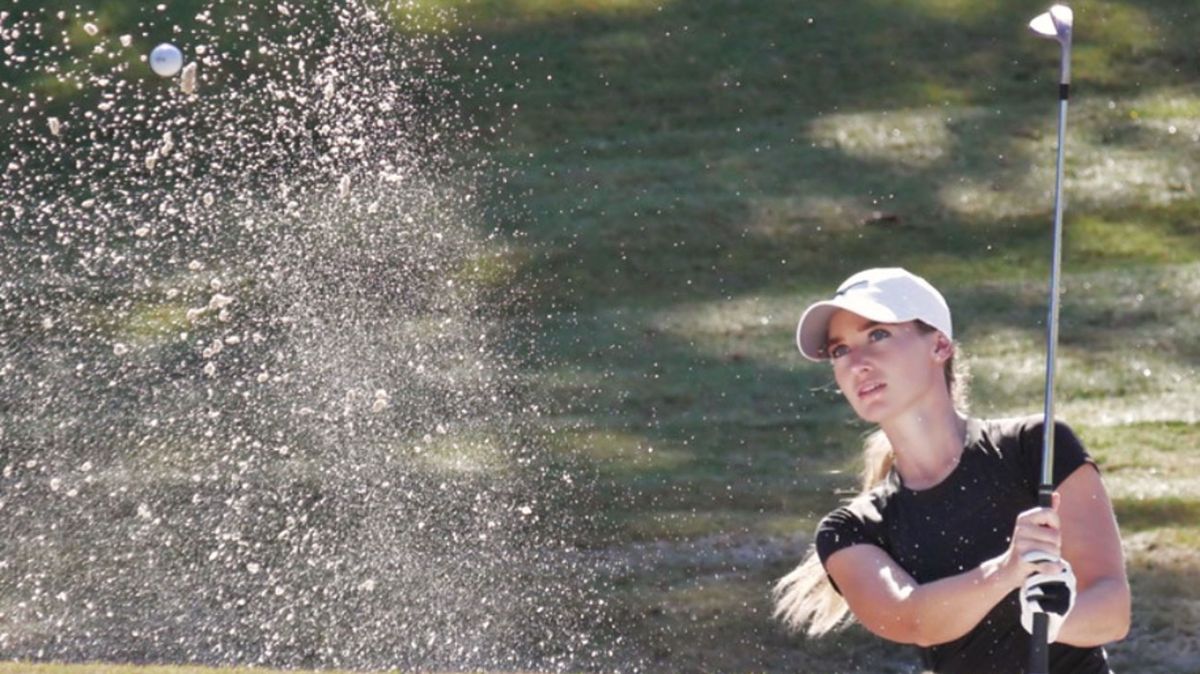 There is a common misconception in golf that if you are good enough you just go pro and the rest financially takes care of itself.

For a fraction this may be true. But what about the masses struggling through the ordeal of development trips that lack publicity and sponsorship?

The Golf has suffered from an uncomfortable asymmetry for too long, where the top takes care of itself and little else. With every breathtaking sponsorship deal comes the promise of “making the game grow” – but when was the last time you accepted those words with real substance?

In any sport, the minor leagues have always been the toughest battlegrounds, but according to Hannah Gregg, a 26-year-old Symetra Tour player from Auburn, California, there is no harder battlefield than the depths of professional women’s golf.

Financially, the competition comes from just trying to break even week after week, and for Gregg, who is in her sophomore year with status on the LPGA’s official feeder tour, something has to be done to attract potential stars assist in securing a career in top golf.

Playing professionally is just too expensive …

“Before I turned pro, I asked a few of my friends who turned pro what was the hardest thing,” says Gregg.

“I’ve tried to get a head start and prepare for whatever comes my way and I expected them to find tournaments, travel every week, or miss your family. But everyone said the hardest part was finding the money to cover the expenses to keep playing every two weeks.

“So that was quite a shock. Everyone assumes that this part will take care of itself if you’re good at it. But entrance fees, flights, hotels and rental cars do not come by themselves. Even winning these tours doesn’t mean much more than breaking even over a few months. “

While some families have the resources to offer support, Gregg says her family could help out with expenses in her earlier days in high school while receiving free tuition from her local club professional.

Today everything is done in the cheapest way and every dollar is billed. When expenses get out of hand, one head-heavy week can mean sitting out the next.

“My annual spend averages $ 50,000, and if you look at the wallets on development tours like the WAPT (Women’s All Pro Tour) – the highest-paying feeder tour – the average winner gets away with $ 5-7,000 .

“Expecting an average top three for an entire season is not feasible. Even the best players on tour miss cuts and have bad stretches.

“Not to mention that if you play well and start winning, you generally move to the next level where travel and accommodation are even more expensive.

“All of a sudden you have to figure out how to pay a caddy.”

Gregg admits that she knows too many good players who have been forced to give up the game due to a lack of financial stability.

“A lot of girls stop playing because they can’t afford the Q-School, the most expensive event of the year,” she says. “If you don’t play, then you don’t have tour status and you only have very few events to take part in. You will be eliminated and others will just overtake you.”

So where does the counter-attack come from? How do young women – who, of course, live with very different emotions than their male colleagues, some with the desire to start a family – want to maximize their potential?

Social media, says Gregg, has played a huge role in raising awareness and promoting it. Perhaps this explains why female golfers have used the potential wealth of Instagram – perhaps more than male players – and other platforms to promote their profiles to create positive part-time jobs.

The tactic worked to some extent, with over 150,000 followers on Twitter and Instagram undeniably helping to secure help and partnership deals with FootJoy, Bushnell, Bridgestone, Mizuno and GOLFTEC.

“My sponsorship consists mostly of corporate and e-commerce companies trading in compensation for being on my site,” says Gregg. “The brands are interested in my story and my audience online.

To further boost her “golf income”, Gregg and her sister founded their own company called Cozy Co. Social to help small businesses with social media marketing. Last year she and her boyfriend also launched a line of golf training aids – Short Game Gains – which has grown exponentially to become her main source of income with shipments across Europe.

And yet it is still not enough. In fact, it is nowhere near enough.

“The biggest problems are the wallets,” says Gregg. “It’s very frustrating because everywhere I go people are keen to learn and see what we’re doing and I have tons of supporters on social media.

“But when it comes to growing wallets and getting donations from sponsors, everyone has an excuse.

“I always hear, ‘Well, women aren’t fun,’ but I never got that. The men weren’t popular compared to what they are now. It takes years of marketing and people engaging in women’s sports for them to have a chance to be successful and grow.

“If people really want to help, we should develop women’s sport and recognize that there is a quality product there. Help us raise money if you can, get the word out and find players you love to see, then go ahead and pursue their careers.

“We all love to know that the people out there are enjoying our trip and it even makes the fights more enjoyable.”