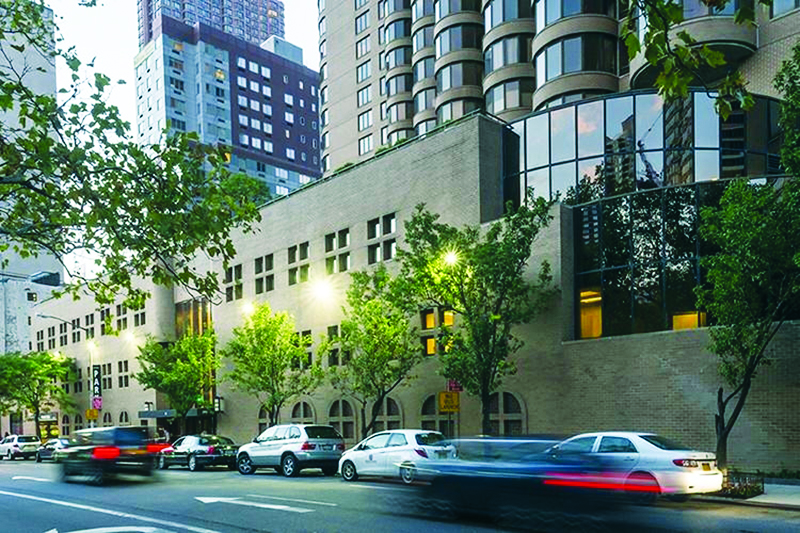 Adelaide Polsinelli, Vice Chairman of compass, has completed the second phase of the sale of a package of seven medical office condominiums in the Corinthian at 345 East 37th Street for a total of $ 12,000,000. 345 East 37th Street (pictured above) represents the largest package of medical condominiums sold in recent years. The Corinthian Office Condominiums is a three-story, 32-unit office apartment at the foot of the 57-story Corinthian luxury residential tower in Midtown East. The buyers were national investors. The sellers were Kevin Chisholm and Bastien Broda, managing partners of 60 Guilders, LLC.

•••
Fox Run Properties LLC has acquired the 279 acre Okemo Valley Golf Club in Ludlow, VT. Fox Run is a special purpose vehicle established to acquire and operate the former Okemo Valley Club. The new owner has renamed the property Fox Run Golf Club. The club comprises a nationally rated par 70 course, a clubhouse, an indoor golf training center and a restaurant, as well as 120 hectares of land with future development potential. The seller, Vail Resorts, bought the club in 2018 along with the adjacent Okemo Mountain ski area.

•••
Hudson Hill partner announced the following acquisitions:
• A fully occupied mall and adjacent building lot in Somers, Westchester County, for $ 2.75 million. Lincolnale Village Plaza at 155 Route 202 is a one-story mall with a dozen tenants. The property at 10,578 s / f over 1.59 acres was sold at a cap of 7.75%. It also has 60 on-site parking spaces and includes an additional 1.19 hectare property with development potential. The seller, a local family who owned and developed the mall over 40 years ago, was represented by Matthew Torrance, Al Mirin, Bill Eisenhut, and Kate Schwartz from Cushman & Wakefields Capital Markets Group.
• An apartment building in downtown White Plains, one block from the city’s central business district, for $ 1.4 million. The nine-part building at 55 Davis Avenue between Maple Avenue and Prospect Street in the Highlands area of ​​White Plains has three garages and nine outdoor parking spaces. It sold for 8.9 times the current rent, or $ 154,000 per unit. The 5,928 m² building consists of eight one-room floor plans and a studio unit. The seller was a local owner who owned the building for over 16 years. The broker who represented the seller was David Algarin of Oak & Avery Group.

•••
Invictus real estate advisor announced the sale of 315 West 29th Street, a six-story apartment building in the Chelsea neighborhood of Manhattan, valued at $ 6.45 million. The property is an apartment building with 5,808 b / w and 10 units. It was delivered empty with an Order & Determination from DHCR confirming that all units were exempt from rent stabilization due to extensive renovation in 1985. The trade represents just one of 13 apartment buildings sold in the Chelsea submarket in the past 12 months and one of the few fully free market values ​​sold in that neighborhood. Josh Lipton and Andrew Levine from Invictus Property Advisors completed the sale.

•••
Marcus & Millichap announced the following sales:
• 98 Forsyth Street, a 12,800 square foot mixed-use property on New York’s Lower East Side, is selling for $ 5,950,000. Said Boukhalfa von Marucs & Millichap represented the seller, 98 Forsyth Corp, and secured the buyer, YYY Realty CO LLC. The eight-unit property was built in 1900. JLL said it was marketing the mixed-use property on behalf of seller Harris Levy. Sang Kung Co. acquired the building. the JLL capital markets Team representing the seller Hall Oster, Teddy Galligan, Guthrie Garvin, Braedon Gait, Jack Norton and Solomon Mikhailov.
. • 31-20 54th Street, a 69-unit apartment building in Queens that sold for $ 9,700,000. Shaun Riney, Mark Zarrella, Dylan Walsh and Sean Fopeano, represented the seller and secured the buyer. The building comprises a total of 67,611 m / w with a unit mix of 48 one-room apartments, 13 two-room rooms, seven studios and one commercial unit.
• 1400 Avenue U, a four-story, 13,217-square-meter mixed-use building in Brooklyn, sold for $ 3,750,000. John Brennan represented the seller and secured the buyer. Located on the corner of Avenue U and East 14th Street, the property has 12 apartments and six rental units. There are nine two bedroom units and three one bedroom units. This transaction is the first sale since 1991 after many years of family ownership.
• 217-01 Merrick Blvd., a 3,471 square foot mixed use lot in Queens that sold for $ 1,320,000. Dwane Omar Jones represented the seller and secured the buyer. The property is located in a mixed-use R5D, C2-3 development area and was built in 2003. There are two retail tenants on the ground floor and three office units on the second floor. 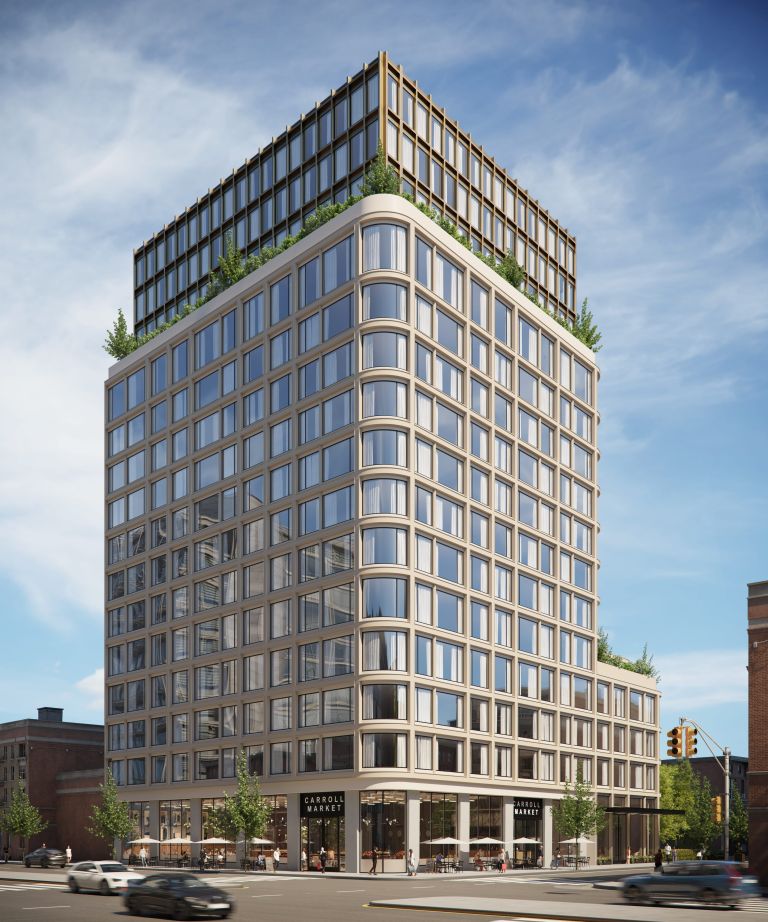 Avery Hall investment plans to build a 14 to 16-story apartment building in 274 Fourth Avenuepending the zoning change pass and the developer’s purchase of air rights from an adjacent Metropolitan Transportation Authority substation to expand, the Brooklyn Paper first reported.

•••
TerraCRG announced the following sales:
• An 11,000 s / f development location at 2771-2777 Atlantic Avenue in Cypress Hills for $ 2,950,000. Peter Matheos, Mike Rafter, Andrew Manasia and Jourdon Delerme-Brown represented the seller, 2771 Atlantic Realty, LLC. The location has the potential to bring up to 55 new residential units onto the market. It is located in an opportunity zone and offers a buildable area of ​​approx. 43,700 square meters and is divided into R8A / R5B, C2-4, EC-5. Three mixed-use buildings are currently vacant on the properties to be handed over.
• The sale of approximately 3,600 square feet of land at 305 Nevins Street in the Gowanus Development for $ 3.15 million. Dan Marks and Daniel Lebor were the only brokers in the over-the-counter transaction. The building is rented to Ample Hills Creamery s, who will remain on site according to the rental terms. Avery Hall Investments has two potential plans for a development site in Gowanus. Both depend on the city re-zoning the district, and one is dependent on acquiring 50,000 s / f air rights. The developer has submitted proposals for a 14-story residential building with 125 apartments at 272 Fourth Avenue. In this scenario, more than 30 units would be reserved for low to middle income renters. Avery is also eyeing 50,000 square feet of city-owned aerial rights that could be transferred from a neighboring MTA substation at 276 Fourth Avenue. If the rededication is approved and Avery wins the air rights, up to 200 units of 50 affordable apartments could be built. The company estimates that the total cost of development with the purchase of the air rights would be approximately $ 120 million. Without the rights it would be $ 90 million. 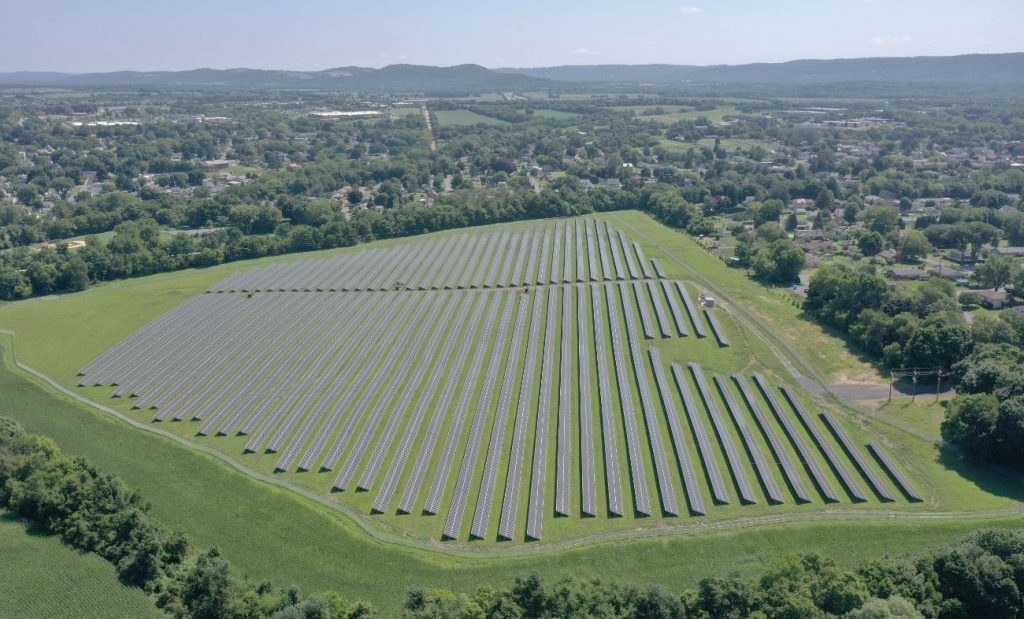 •••
Cushman & Wakefield arranged the sale of the I-78 Solar Farm, a 49-acre lot just off Exit 3 of Interstate 78 in Warren County. The final sale price was $ 3,500,000. Andy Merin, Kyle Schmidt, Andrew Schwartz, Jordan Sobel and André Balthazard represented the seller RDG at Pohatcong LLC and brokered the buyer Turner Group. The I-78 Solar Farm is home to a brand new, state-of-the-art 10 megawatt solar farm installed and operated by NJR Clean Energy Ventures III. The property is fully leased long-term to NJR Clean Energy Ventures III, a subsidiary of New Jersey Resources Corporation. The 49-hectare property is part of a 170-hectare facility which, once constructed, will include 244 single-family terraced houses and a 120-unit apartment complex.

•••
Josh Goldflam, Co-founder and managing director of Highcap group, arranged the sale of 70-16 66th Street in Queens for $ 1,270,000. The seller was the Trocha family, who have owned the property for 62 years for two generations. The buyer was the local private investor Xin Lu. Located in the Glendale neighborhood, the 25-foot-wide brick building offers 5,712 gross square feet with six apartments. The property was sold fully rented except for one unit. Selling price is 11 times gross rent, 6.2% CAP rate, $ 222 psf and $ 211,666 per unit.

•••
Weiss Immo Subsidiary 2215 Route 4 Associates LLC has sold a Bergen County retail property that includes a Starbucks Coffee Drive-Thru and Bank of America ATM kiosk on Route 4 East in Fort Lee, NJ, to the JDA Group. The 20,000 s / f property was a former Shell petrol station and was bought by the Weiss subsidiary in 2008. The foundations for the Starbucks Coffee Company and Bank of America ATM project were completed in 2010. resident real estate development company acquired the property for $ 5.55 million, its first standalone retail property in northern New Jersey. JLL‘S JB Bruno orchestrated the off-market transaction for the buyer.

← How are you going to keep them on the farm (after seeing the metaverse)? Hannah Green finds ways to remember Australia | LPGA →