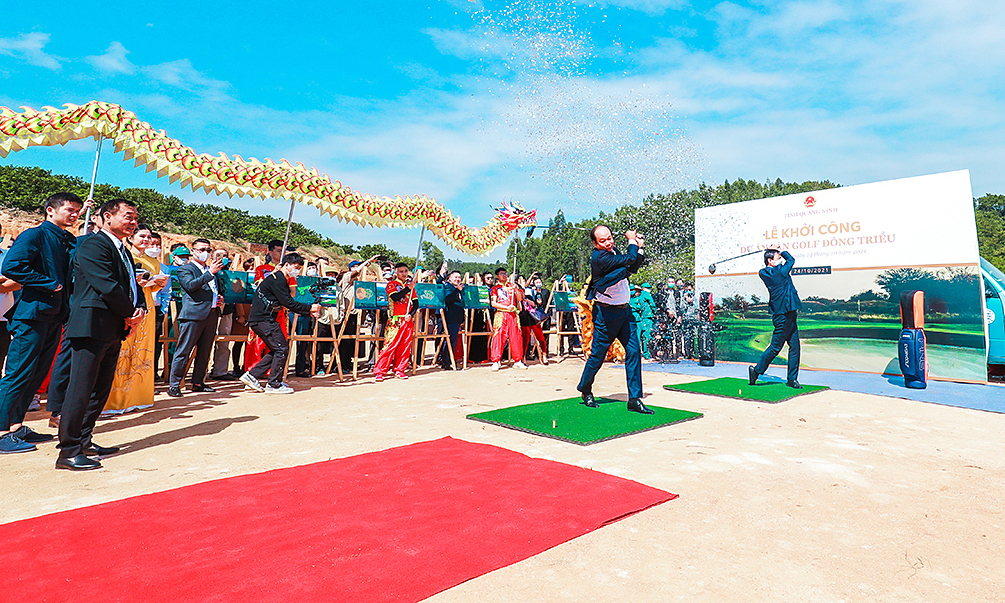 On October 24, 2021, there will be a ceremony to mark the start of construction on the Dong Trieu golf course in Quang Ninh Province. Photo: VnExpress

Work began on Monday on Dong Trieu Golf Course in northern Quang Ninh Province with a total investment of VND 1.27 trillion (US $ 55.75 million).

The golf course will be built on an area of ​​130 hectares in An Sinh Commune, Dong Trieu Town. The project includes an 18-hole championship course and a nine-hole course that is integrated into the most renowned golf training academy in North Vietnam. It will also have a hotel, an amusement park and a resort.

The completion and commissioning of the golf course and the associated construction work is expected to take place in the third quarter of 2024. The place can accommodate around 800 guests per day.