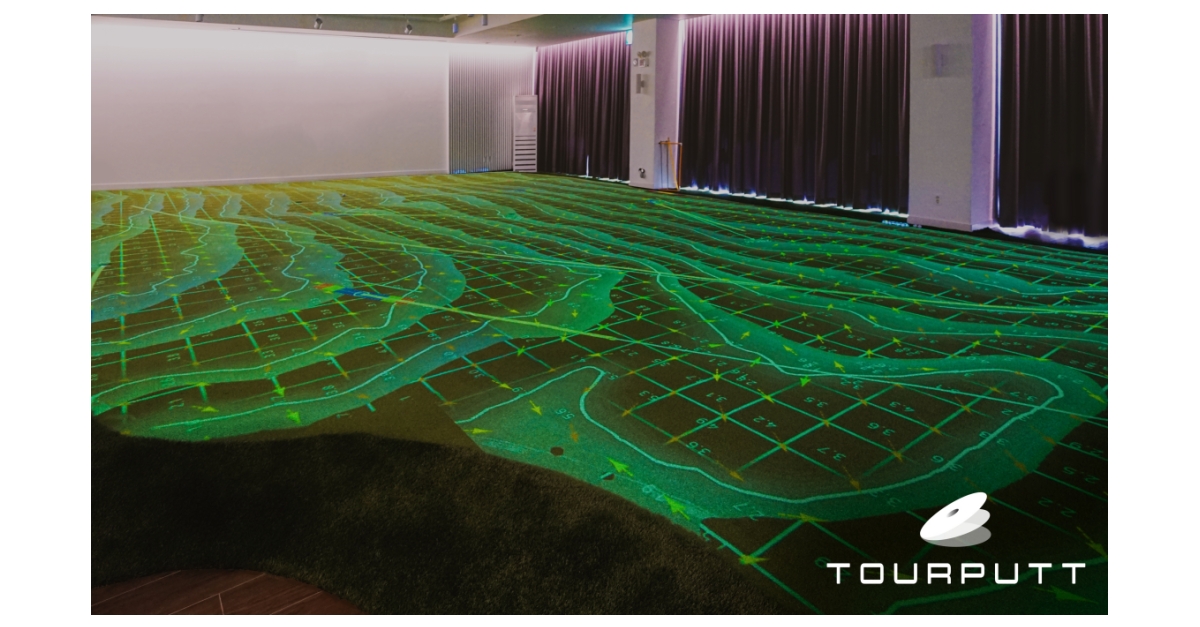 Seoul, South Korea – (BUSINESS WIRE) – “Putting skills that affect golf results by over 40% can now be trained with technology.” While metaverse and convergence technology is attracting increasing attention, a solution has been introduced that can maximize the effect when training based on real-world-like virtual environments and statistical data analysis.

TourPutt was developed by Choi Jong Hwan Putting Academy, a leading putting training facility in Korea, and was launched in November 2020 through the integration of Vrotein’s XR technologies such as image processing and projection mapping.

TourPutt is a putting simulator that supports the pattern test mode, which makes it possible to diagnose the tendency of the players to put, the training mode, which allows the players to train themselves by projecting different visual queues onto the green, and the statistics mode, the enables players to identify putting results.

The product has been rapidly demonstrating its effectiveness in golf putting schools since its inception. It was installed at the Choi Jong Hwan Putting Academy and is used to train over 180 golfers, including professional golfers, members of the national golf team and pro golf aspirants. Many tour winners used TourPutt for putting training. These include professional golfer Jun-seok Lee, who won the Korean Open in 2021, and professional golfer A-lim Kim, winner of the 2020 US Women’s Open.

In cooperation with TPZ Studio, a leading provider of private golf studio services, Vrotein installed tour putt putting rooms in four branches of TPZ Studio earlier this year. Many other golf academies that train professional touring and amateur golfers also use this solution. As part of its effort to expand its user base, Vrotein will open a TourPutt training center in Yongin this November.

In the future, Vrotein will strengthen its technological and market-related competitive edge by updating its solution based on a variety of data, e.g. academy. Meanwhile, the company is trying to expand into the world market, including the United States and Japan.

Vrotein intends to increase the development of products that can be used on putting fields on which TourPutt is installed and other products for use in various training environments including golf course lobbies, indoor golf club relaxation areas and at home.

Vrotein was founded in 2012 as an XR · VR solution provider and participates in the National IT Industry Promotion Agency, an organization promoting the ICT industry in Korea, “Program to Support the Joint Expansion of Overseas Digital Content Providers”. The program examines the collaboration between providers of Metaverse-related technology and content such as XR while supporting their service development and expansion into overseas markets.