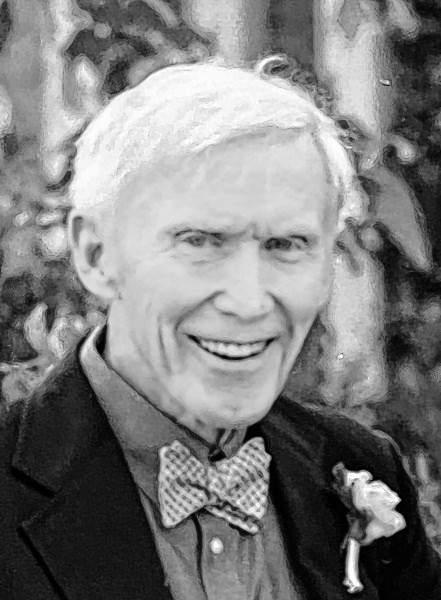 Stan was born on December 18, 1930 in Cedar Rapids, Iowa, and lived there for 70 years before moving to Arizona with his beloved wife Clarissa in 2000. As the only child of Stanley and Bessie (Schultz) Cejka, Stan attended Johnson Elementary and Franklin High School, which he graduated in 1949. After attending Coe College, Stan joined the University of Iowa’s College of Dentistry in 1952. First wife Bonnie (O’Neill) and daughter Cathie left Iowa City for Fort Hood, Texas, where Stan served with honor in the Army Dental Corps and reached the rank of captain. He returned to Cedar Rapids with his young family, which now has another daughter, Susan, and started his dental practice in 1959 (which eventually became The Dental Center). Stan and Bonnie’s son Chris was born in 1962. Stan married Clarissa Langan Paulson in 1991 and welcomed stepson Tad Paulson into his family.

Stan loved the dentist job and he loved his patients. He was a meticulous, caring dentist and heard from former patients long after he retired. Anyone who knew Stan knows, however, that he had other defining interests: golden retrievers, golf, the Iowa Hawkeyes, and art.

Stan was passionate about golden retrievers and adopted his first golden puppy as a dentistry student. His family shared the company of Goldens for the rest of his life. Whatever the weather, Stan could go for a walk with his dogs in the neighborhood or on nature trails. He and Clari took their “girls” with them on many cross-country trips by car, stopping along the way to take photos of dogs in front of sights. In retirement, Stan was proud to volunteer for Rescue a Golden of Arizona.

A long-time member of Cedar Rapids Country Club (where he served as a caddy master at a young age), Stan reliably went to a few holes of golf after work. Over the years he enjoyed the camaraderie of many foursome. His passionate interest in golf continued in Arizona, where he took lessons at prestigious golf academies and met good friends from Cedar Rapids for golf vacations. He has had the pleasure of playing the great golf courses of Scotland and Ireland and achieving remarkable results on challenging, windy courses. He was immersed in the game and played actively for over 60 years.

Athletics occupied Stan all his life as a participant and spectator. As a boy, he ran for sheer joy, whether he was accompanying his cycling father home from work or racing home from school for lunch. In his youth he organized sports as a playground supervisor. Stan wrote on the trail at Coe College. When he moved to Iowa City to attend dentistry school, he inevitably became a Hawkeye fan. Iowa City soccer Saturdays, tailgating, road trips to away games, an afternoon watching the game on TV, he enjoyed them all. Post-game discussions and analysis with friends were an important part of the process. He was steadfast in his belief that the Hawks had a coach in their history who surpassed all others: coach Forest Evashevski. He also followed the Hawkeyes in the field. He spoke of the unforgettable privilege of having season tickets to Hawkeye basketball games at the Old Field House and seeing great players trained by Ralph Miller. After retiring, he continued to pursue Iowa football and basketball with other Arizona Hawkeyes.

Stan was fortunate enough to inherit artistic interests and talents from his parents. His mother Bessie played the piano in her nephew’s traveling band, Stan Stanley’s Aristocrats. Stan developed a taste for the big band sound when his family traveled with the band to the upper Midwest for work holidays in the 1930s. Throughout his life he continued to enjoy live concerts from favorite band leaders, jazz musicians and singers.

His father Stanley Sr. was known to be excellent at drawing, a talent he passed on to Stan. As a gifted naturalist from childhood, Stan also painted remarkable watercolors. He designed extraordinary jewelry that was made using the lost wax technique in collaboration with his good friend Bob Jones. Friends and family looked forward to his painted Christmas pictures and original birthday cards. In his later years, Stan returned to his love of sketching, making detailed pencil and ink drawings of friends and family and, of course, their dogs.

Stan led a life of remarkable vitality, sustained by his silent love for family, friends, animals, art, and music. He left us a lot that we remember and appreciate.

The Cejka family would like to thank their team from the Hospice of the Valley in Phoenix very much. Your compassionate, knowledgeable help enabled Stan to remain in his home with comfort and care until his death.

Instead of flowers, donations can be sent to the Cedar Valley Humane Society (cvhumane.org), Oldorf Hospice House (mercycare.org), or a charity of your choice.