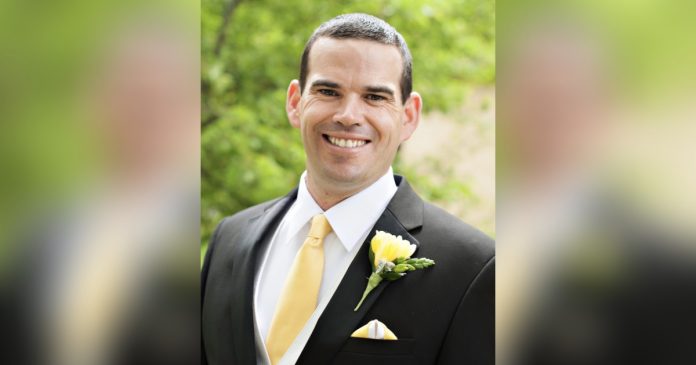 Verona – Jim Lemon, 43, died peacefully on the morning of August 17th with his wife Kate by his side. He had bravely fought metastatic stage IV pancreatic cancer for almost two years.

Jim was born on February 16, 1978 in Madison, Wisconsin, to Elmer and Betty (Bendt) Lemon. He graduated from Madison West High School, where he competed in both golf and basketball. Jim led his golf team to a high school state championship, which he also became individual champion in 1995. In 1996, the team finished second at the state tournament, as Jim was also second as a single player. Jim was recruited and awarded a golf scholarship by University of Wisconsin-Madison Golf Coach Dennis Tiziani. To say that Jim was an accomplished golfer is a huge understatement. While in college, Jim was on the traveling college team for four years. In 1999 and 2000 he was the WSGA Amateur Match Play Champion in a row, and later in 2000 he won the Badger Invitational. He was instrumental in four UW team tournament championships: 1998 Iowa Invitational, 1998 Beth Page Invitational, 2000 Wisconsin Invitational, and 2000 Ohio Invitational. From 1998 to 2001 he was team captain and from 1999 to 2000 a member of the student athletes’ advisory board. He received the Academic All-Big Ten Honors every four years, and one of Jim’s proudest accomplishments was becoming the second UW men’s golfer in school history to become the Academic All-American. After graduating in 2001 with a double bachelor’s degree in accounting, operations and information management, Jim pursued his career as a professional golf player. Jim qualified for the PGA Tour Canada, where he participated in more than 40 tour events and achieved twelve top 25 tournament results. He carded more than 150 birdies and hit a career low of 64 in tournament play. He was a member of the PGA Tour Canada from 2003-2015, where he later also served as Player Director of the Canadian Tour Board from 2009-2013, another very proud moment for Jim. From 2005 to 2009 he took part in the second phase of the qualifying tournaments of the PGA Tour. Some of the most notable tournaments Jim participated in were the 2008 Nationwide Tour Midland Classic, the 2007 PGATOUR US Bank Championship, the 2003 & 2005 Nationwide Tour LaSalle Bank Classic, the 2005 Nationwide Tour Louisiana Open, and the 2003 PGATOUR John Deere Classic, where he played a memorable round of practice with current PGA golfer Vijay Singh. Jim also loved playing golf with family and friends at their Nakoma Golf Club in Madison, Wisconsin, where he hosted 10 club championships. As if that wasn’t enough, if you asked Jim how many hole-in-ones he had, Jim would humbly tell you, “Either 12 or 13, I’m lost.” He was that good. Even better, he was an all-round great person off the golf course too. Everyone who knew Jim described him as honest, considerate, loyal, ambitious, brave, and authentic. Jim was a real gift to the people in his life.

Jim would attribute much of his success on and off the golf course to the coaches in his life. He always said his first coach was his late father Elmer Lemon. Elmer and Betty taught Jim how to be a competitor and the importance of surrounding yourself with good people. Before the tee shot, Jim’s mother reminded him to keep his chin up, smile on his face, and jump in his crotch! Jim also credits the late Allan Mitchell Jr. (former Nakoma Golf Club Professional), the late Roger Wiebe (former Madison West High School golf coach), and Dennis Tiziani (former UW golf coach). Surely there were other coaches in Jim’s life outside of golf, and he often talked about how much he valued all of their friendships and mentorship.

When Jim retired from professional golf in 2011, he embarked on a career as a financial advisor, where he met his current brother-in-law, Benjamin Wierwill. Jim later joined his best friend, Chris Tierney, at Merrill Lynch, where he served as a senior financial advisor and vice president. He and Chris formed a strong team to help their clients achieve their dreams. Many of Jim’s clients have had an impact on his previous performance, and he was delighted that he could, in turn, help them meet their financial goals. He enjoyed his work so much that it was difficult for him to tell whether he was working or playing, informed advice from his father. Jim continued to play a few golf tournaments each year, and was successful again in 2013 when he won the Wisconsin State Open. Of course, Kate has been going for that win ever since they were together.

Jim married Kathryn (Kate) Wierwill on May 16, 2015 in Madison, Wisconsin. Since Kate is also a former UW Madison golfer, there was a friendly competition going on on the golf course, mostly about who cooked dinner that night. They also enjoyed many golf vacations together, including visiting friends in PGA West. Jim and Kate built a house in 2017 and added a son, Maxwell, to their family in 2019. One of her favorite things to do as a family was playing a few holes of golf in Nakoma on Friday evenings and having dinner together. Jim and Kate had an unwavering bond that carried them through recent challenges in the battle against cancer. You made cancer work for your life as a young family, not the other way around.

The most important thing for Jim was spending time with family and helping others. He and his father spent hours on the family farm in Monticello, Wisconsin, building projects, mowing Jim’s golf course, hunting pheasants with friends, and watching badger games. Jim also enjoyed woodworking and made many pieces of furniture in his workshop on the farm. He loved being brother and uncle and has fond family memories of the farm with Kate, Max, his mother, sister (Jane), brother-in-law (Daniel), nieces and nephews driving tractors through the wildflower trails, hunting, sledding and sledding Talk about future plans for the farm that has been owned by the Lemon family for 150 years. Jim’s father, Elmer, was an integral part of the Monticello Foundation and Jim kept up the commitment so as not to forget his roots. Jim’s sister Jane now carries on the legacy of the foundation as an active board member.

Of all of Jim’s accomplishments, his proudest moment was becoming Maxwell’s father. His son was the driving force and the light in Jim’s battle with cancer and even when Jim was not doing well after the treatments, he still tried to play with Max. Jim enjoyed introducing Max to his hobbies and interests, including cars (Dada’s broom), using his woodworking tools, mowing the lawn, driving tractors, looking after the pheasants, playing golf and basketball and being with her 7 months old puppy Koko. to cuddle.

Jim always believed that life is not about what happens to us, but how we react to what happens.

A Christian funeral mass will be held at St. MARIA GORETTI CATHOLIC CHURCH, 5313 Flad Ave., Madison on Wednesday, August 25, 2021 at 1:00 p.m., presided over by Father Jay Poster. A visitation takes place in the church on Wednesday from 9:00 a.m. until mass.

Instead of flowers, please consider donating to The Lemon Brothers initiative, which will benefit the UW Carbone Cancer Center’s Innovation Fund for Cancer Research and Cure. www.classy.org/fundraiser/3152028 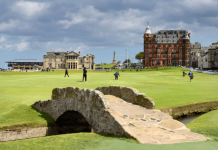 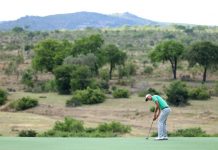 How many countries and territories around the world have golf now? The answer might surprise you.