$10 Million Purse Up for Grabs 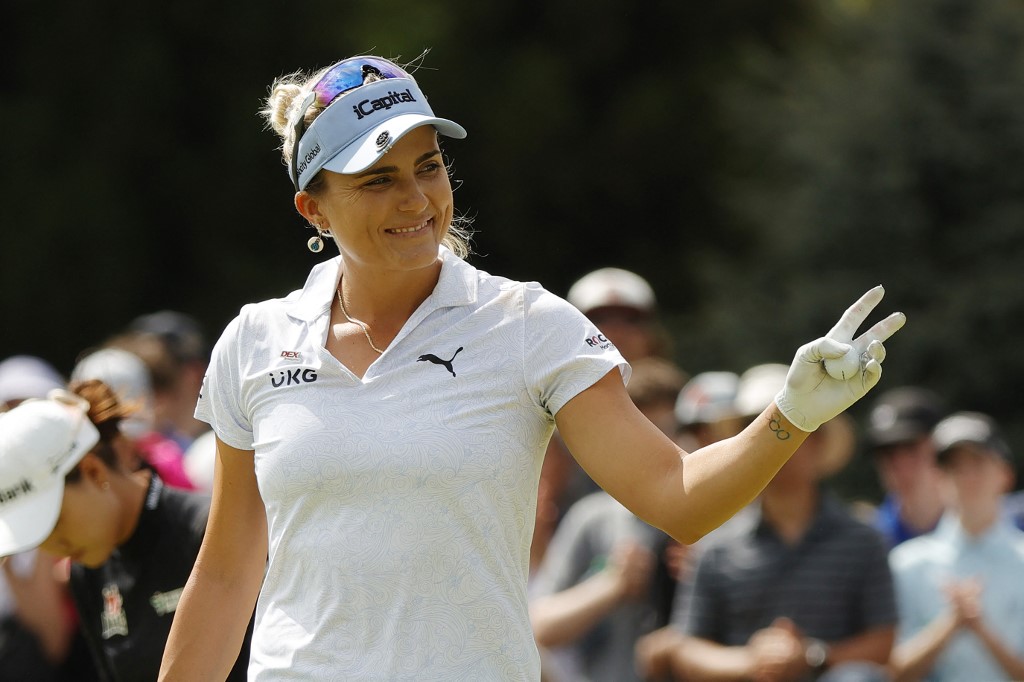 Lexi Thompson reacts after sinking a putt on the 18th green during the final round of the Cognizant Founders Cup. Photo by Sarah Stier/Getty Images via AFP.

It is a historic week in terms of the future of women’s golf, as the USGA has significantly increased the purse for this week’s event. There has been much discussion regarding the amount of money available to golfers on the PGA Tour in comparison to the LPGA, and the U.S. Women’s Open is taking an important step toward closing that gap.

The USGA has increased the purse by $4.5 million this season, and golfers will now compete for over $10 million and a first-place prize of $1.8 million. For context, Tiger Woods received $2,070,000 for his 2019 Masters victory.

Yuka Saso won the 2021 U.S. Women’s Open and she was available for a price as high as +20000 before the event began. Saso defeated Nasa Hataoka in a playoff after Lexi Thompson shot a 41 on her final back nine and saw her lead evaporate on Sunday.

This week’s tournament will also mark Nelly Korda’s return to competition following a blood clot that has prevented her from competing since her last appearance at the LPGA Drive On Championship in early February.

The following are my top picks for the 2022 U.S. Women’s Open at Pine Needles Lodge & Golf Club in Southern Pines, NC.

Pine Needles Lodge & Golf Club was designed by Donald Ross. The U.S. Women’s Open will be held at this golf course for the fourth time in its history, having previously hosted the event in 1996, 2001, and 2007.

Pine Needles originally had Bermuda grass greens, but they were eventually replaced by Bentgrass greens. Pine Needles is a par-71 course that will play at 6,546 yards this week for the U.S. Women’s Open.

In addition to excelling at this tournament, she has also enjoyed a successful 2022 season, where she is ranked first on the LPGA Tour with an average of 2.410 strokes gained: total per round.

Korda has not competed in an LPGA event since early February due to surgery to remove a blood clot. While she has not played competitive golf in nearly four months, I am here to tell you: we do not care!

As one of the world’s best golfers, Korda will be hard to find at +2000 odds ever again. As a result of the time missed, this price is higher; if she had been competing for the last four months, you would have to settle for a +800 investment on Korda. Last year, Korda had the top scoring average on the LPGA at 68.77 and won four out of the 17 events in which she competed, as well as an Olympic gold medal.

If Atthaya Thitikul is able to gain more exposure in the national spotlight, her prices will become shorter for the rest of her career. At only 19 years old, Thitikul has already climbed to No. 5 on the Rolex Rankings in her rookie season.

It is not surprising that she is ranked eighth on the LPGA Tour with an average of 1.810 SG: total per round. She is considerably better than her +2800 price point would imply. It is likely that this is the last U.S. Women’s Open at which you will be able to purchase Thitikul for a price greater than +2000.

As a result of some recent results, Brooke Henderson appears to be priced much longer than she should be by the sportsbooks. Since withdrawing from the Lotte Championship due to illness in mid-April, Henderson missed the cut in each of the only two tournaments in which she participated. She hasn’t played an event this month.

Henderson has been preparing for the U.S. Women’s Open for several weeks, and she is far more skilled than the +4000 odds and 2.44% implied win probability suggest. With an average of 1.800 SG: tee-to-green per round, Henderson is fifth on the LPGA.

In the last few years, there has been one statistic that has consistently led to success at the U.S. Women’s Open, and that is SG: off-the-tee. If you are looking for a sneaky longshot play, Jaye Marie Green ranks 13th on the LPGA Tour with an average of 0.640 SG: off-the-tee per round.

Although this may seem like an unlikely outcome, she has previously been near the top of the leaderboard at the U.S. Women’s Open. In 2019, she finished T-5 and was in contention to win on the final day.

Where to Bet on the LPGA

Here are our top-rated sportsbooks:

SEE ALSO: All picks, odds, and sports betting news. Be sure to check out SportsbookReview.com’s community forums and betting tools.