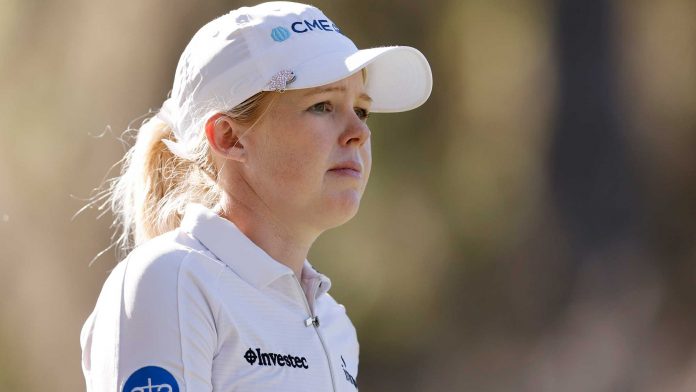 I was 10 years old and it was around Christmas time when I started playing at events in the United States. I remember playing with a girl who went to a golf academy. That’s when my parents got the idea to emigrate to the States. My parents spoke to their parents, and four years later we made the decision to move to South Carolina. They also wanted to make the move. It was a good experience for her too and it was definitely worth it. I am eternally grateful to them that they pretty much gave up on everything and moved here to make my dream of professional golf a reality.

I got to play at the University of Alabama, where I won nine times. That’s where I learned how to win against the best girls in college. I brought the joie de vivre with me that I found in Northern Ireland. I think the Irish culture is something like that. It is quite rare for an Irishman to be not lively. It’s just inside of me. Everyone grows up and fights for their own thing. I am very proud of where I come from and to be able to represent them.

I turned pro in 2014 and made my debut at the US Women’s Open at Pinehurst Resort. I finished third. It was amazing. Of course, I didn’t know that I would struggle a little in the following years, but the money somehow got through and I was still able to continue doing what I loved. I’m just so glad my dad was there to see me finish third. It was his dream too.

The next year I earned my LPGA Tour Card at the qualifying tournament. Just as I was about to leave for my first event of the year in Australia, I got a call that I had to come home. My father was diagnosed with pancreatic cancer. It was already stage IV. The doctors couldn’t do anything. It was awful. It went from zero to 100 very quickly. We did as much as possible for him. I stopped playing and my father went to the hospice. We took care of him and I just wanted to spend as much time with him as possible.

In April 2015 I played Inspiration at ANA, which was my first event as a member. My father was allowed to watch from home, which was special. It was a really tough time in my life. But my mother and I have been trying to be there for him for the past few months.

Burns wins the second win of the year, Boutier rallies for...