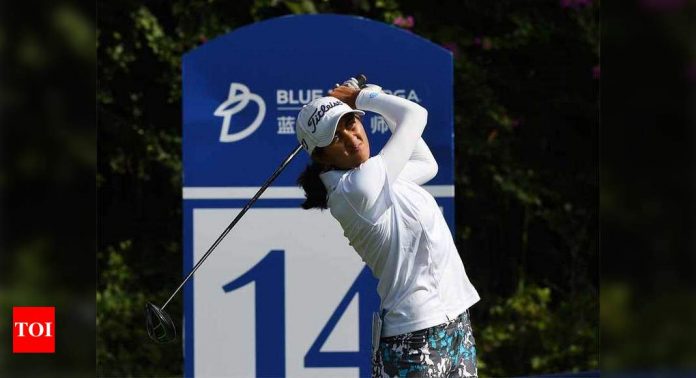 GRAND RAPIDS (US): Indian golfer Aditi Ashok missed the cut on her return to the LPGA tour at the Meijer LPGA Classic after handing in a 4-over 76.
After a 77 on the opening day, the Indian took a very low round to make the halfway at Blythefield Country Club but could only get a slightly better 76.
Irish rookie Leona Maguire shot an 8-under 64 and took the three-stroke lead.
The 26-year-old is trying to become the first Irish winner in LPGA Tour history. Last week in California, she finished ninth in the LPGA Mediheal Championship after leading after the first round.
Su Oh from Australia finished second after a bogey-free 65th. Linda Duncan was 11 under after a 65.
Nelly Korda shot a 66 to get under 10, tied with Anna Nordqvist (67), Mina Harigae (66), Brittany Altomare (66) and Lizette Salas (66). Lexi Thompson, the 2015 winner, had her second 68 to hit 8 under.
Brooke Henderson, winner of 2017 and 2019 at the event that was canceled last year, missed the cut by one line after rounds of 75 and 67.