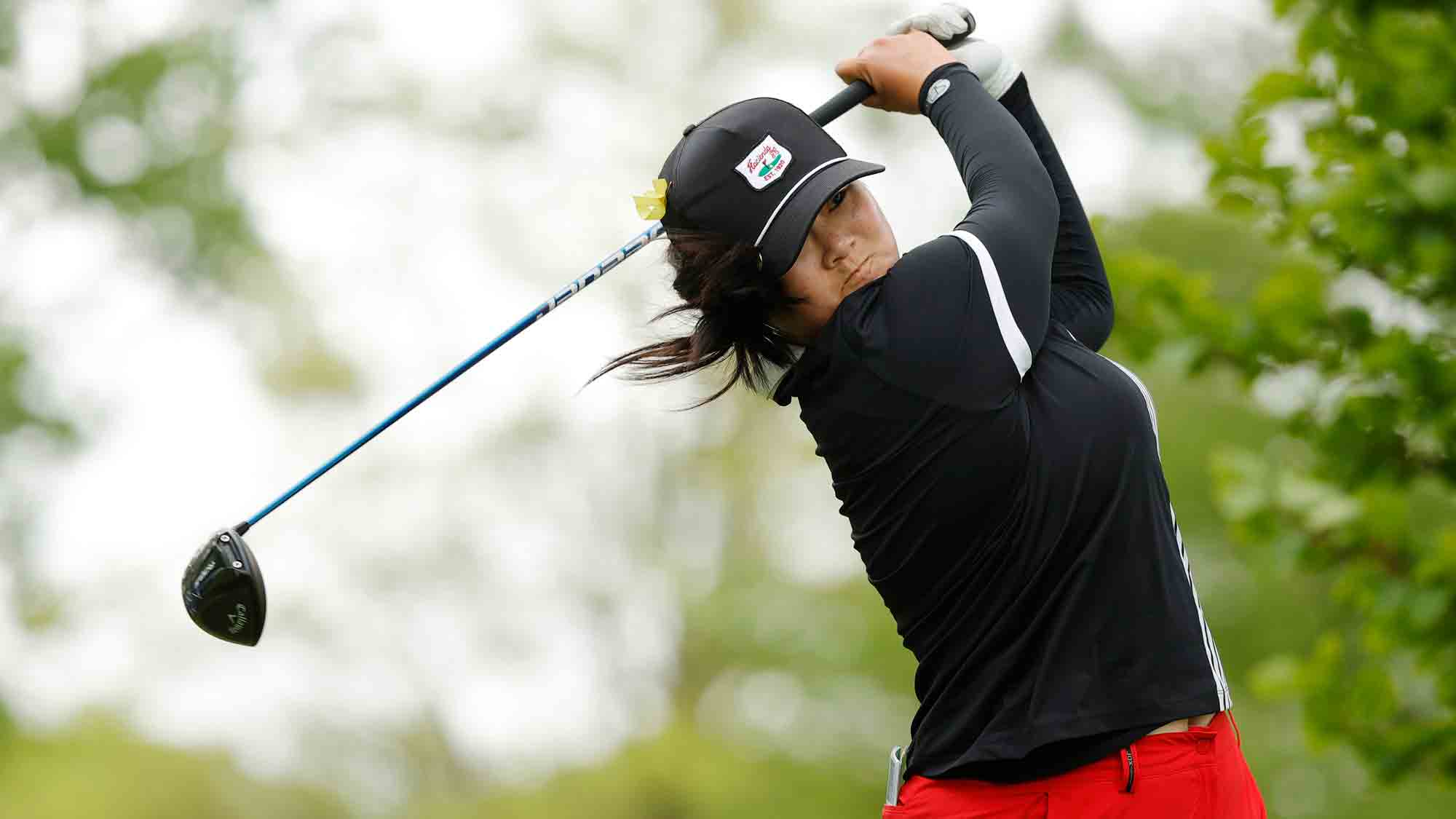 Everyone loves a redemption story and with 18 holes left to play in the Cognizant Founders Cup, Angel Yin has the potential to give us one of the best ones we’ve seen in the past few years. The 23-year-old had four missed cuts and one withdrawal in her last five starts of the 2021 season and so far in 2022, Yin has missed the cut four times in seven starts. Through three rounds at Upper Montclair Country Club, Angel currently sits in solo fourth at -11 and is six shots back of leader Minjee Lee with a shot to become the season’s fifth Rolex First-Time Winner and earn her first professional victory since the 2017 Dubai Moonlight Classic. While some would say she’s much too far back to make a final-round run, Yin is just enjoying being in contention on the weekend, a place she didn’t think she’d get back to after wanting to quit the game a few months ago.

“I had never really gone through such periods like that and I couldn’t even hit the ball up in the air. It was just duck hooking left or sky right. Like a miss of 200 yards. It was ridiculous,” said Yin who has hit 15 of 18 greens the last two days at Upper Montclair. “I didn’t really want to play anymore so I’m grateful to be on the leaderboard and playing golf like how I used to play and actually even better in my opinion than before. I owe that a lot to my friends because, towards the end of the off-season, I played a lot with them. They got me to like golf again and just be more competitive and more fun.”

Saturday saw Yin fire a 4-under 68, carding five birdies and just a single bogey, tying her lowest score of the season which she has already carded three other times – twice at the Honda LPGA Thailand and once at the DIO Implant LA Open. Yin missed the cut in the 2021 edition of the Cognizant Founders Cup and her best finish in this tournament is a tie for 19th in 2017, back when it was contested at Wildfire Golf Club in Phoenix, Ariz. While she looks to add an LPGA Tour win to her resume on Sunday in New Jersey, the fun-loving, 23-year-old isn’t putting any pressure on herself to win, especially since a top-10 would be her best individual finish since her T9 at the LPGA MEDIHEAL Championship last June and move her well inside the top 80 in the Race to the CME Globe.

“I’m just really happy. Really looking forward to playing more golf, just playing another round, playing on the weekend,” said Yin. “It’s like Wilshire and PV, just this stretch of golf courses really tests you. You can’t challenge it. You just have to go with it. This course is tight. This course is hard. There are a lot of opportunities to make a lot of mistakes. It’s out there to bite you when you fall down. If the birdies come, they come. If they don’t, they don’t. Like today, hit it close, missed some putts, but you just have to keep hitting the shots and giving yourself opportunities.”

← Bryson DeChambeau Explains How Life Can Be Costly on the PGA Tour: 'You Think It's Great, But Once You Start Getting Into the Nitty-Gritty...' Tiger Woods net worth: How much is he worth ahead of PGA Championship? | Golf | Sport →