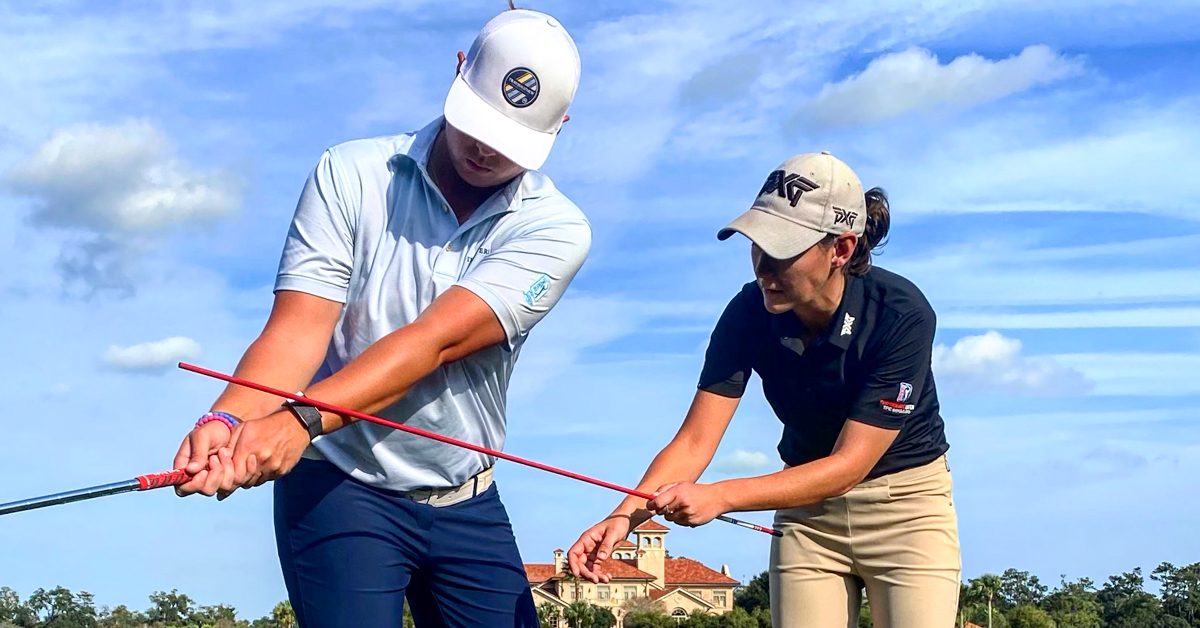 You have 4 free items left this month.

Camden Morrison, assistant professional at Tedesco Country Club, came a little closer to the dream of playing on the LPGA Tour over the weekend than the Milliser native in Phase I of the LPGA Q-School in Palm. Score 1 in 287 for four days in Desert, California.

That score put her in 49th place, good enough to advance to Phase II of Q-School in October.

For many who want to make it onto the tour and into the world of professional golf, the first hurdle to be overcome is the qualifying tour. The official name of “Q-School” is the LPGA / Symetra Tour Qualifying Tournament.

Q-School is a three-step process. There is Stage I, Stage II and finally the LPGA Q-Series – a two-week tournament that determines tour status for the coming year.

Only 95 players reach Stage II and this year, two from Massachusetts Morrison and Quincy’s Jacquelyn Eleey are traveling to Plantation Golf & Country Club in Venice, Fla., October 18-24, as part of the low 95 to make the cut and keep their dream alive.

Morrison didn’t always seem meant to push his way onto the LPGA tour. She didn’t take up golf until she was 12, and her only college offering was from Division II Franklin Pierce University – where she got an average score of 86 in her freshman year.

But she never stopped dreaming.

“I’ve been telling my parents since I was 12 that I was going to be a pro,” said Morrison. “I’ve always believed that, I’ve always wanted to do it and have never stopped believing in it. Every decision I’ve ever made, starting at 14 about working on golf courses and so on, should enable me to hopefully play and pursue my dream. “

Morrison does not come from a golf family. She sparingly attended junior events and began working at the Maple Gate Country Club in Bellingham so she could combine work with play. Her game evolved over the years until Franklin Pierce golf coach Tyler Bishop decided to give her a try.

“When I got to college, I had that experience playing in events and learning from playing in events,” said Morrison. “It allowed me to grow faster. I always wanted to play on tour, that was always my wish. “

After shooting an average of 86 in her freshman year, Morrison emerged as one of the top players on the program. She played eight sophomore tournaments and achieved an average score of 78.4 while receiving the Northeast-10 Women’s Golf Player of the Week award four times.

In her junior season, she competed in the NCAA Division II Championship as an individual. She was Northeast-10 Women’s Golfer of the Year and a member of the NE10 Women’s Golf First Team.

Now years away from college success, Morrison’s dream of touring is alive and well.

“It feels really good to move on to Phase II,” said Morrison. “It’s a very stressful process when you’re in Phase I. You know what is at stake and you are trying to stay present in the moment, but you have a little trouble sleeping and what it could mean for you when you reach Level II. “

In 2019, Morrison made it to the last day on Sunday but missed the stage II cut. She never stopped working and praises Bishop and Alana Swain of TPC Sawgrass at the PGA Tour Performance Center for helping her improve her game.

“She’s an amazing coach,” said Morrison of Swain. “As a person and as a trainer and someone I am very close to. She is unbelievable. The way she thinks about the golf swing and how she communicates with me is unlike any other communication relationship I’ve had with a trainer before. She knows exactly what to say and when and it always has a big impact on me and I respect her very much. “

Morrison is now looking ahead to Stage II in October as she takes the next step towards achieving her dream.

“I focus on those two things and keep playing a lot of holes, training a lot, seeing the ball in the hole and keeping it super simple,” said Morrison. “I don’t want to put myself under pressure, have expectations and just control what I can control every day in order to put myself in the best possible position when I get to phase II and so on.”