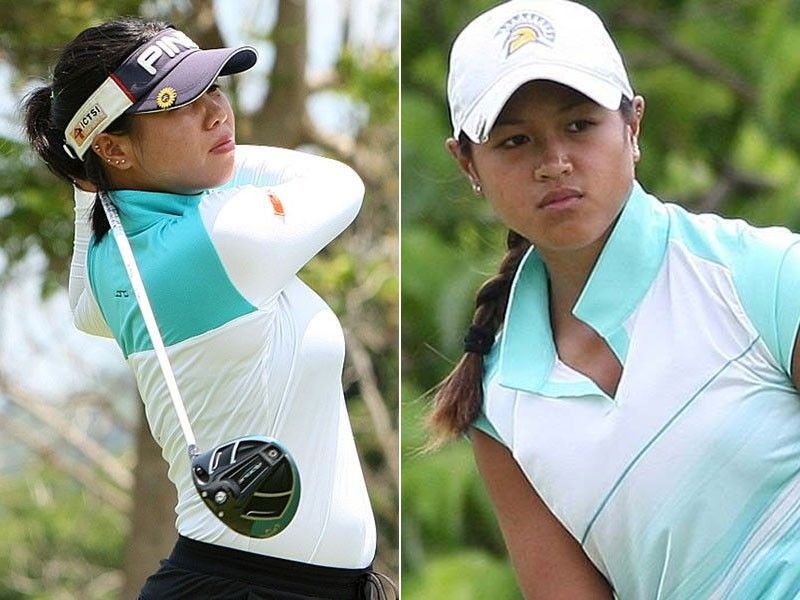 MANILA, Philippines – Pauline del Rosario and Abby Arevalo hope to get the results they want with opposing start times as they begin their quest for coveted Q-Series spots in LPGA Q-School 2 Stage II, which will be held on Thursday (Friday) , Manila time) on the Panther and Bobcat courses at Plantation Golf and Country Club in Florida.

The Pinay hopefuls are just two of 179 players set to get off to a strong start in such a cutthroat competition that only offers 45 plus slots for the final stage of the grueling Elims leading to LPGA Tour tickets next year.

The aces sponsored by ICTSI placed their respective bids on the dangerous panther layout with sharp dogleg holes, with del Rosario teeing off at 8 a.m. with American Nannette Hill and amateur Brigitte Thibault from Canada in 10th place and Arevalo taking one tougher challenge with a late start at 1:16 pm with American Lauren Cox and South African amateur Kaleigh Telfer on the first hole.

In the second round on Friday, the duo will join the rest of the other half of the field on the long and tricky Bobcat course.

The top 45 players and ties after 72 holes will advance to the Q-Series, a challenging 144-hole tournament that will be played by those who failed to keep their LPGA cards in 2020, with a cut after Week I. At least the top 45 and ties based on their accumulated scores during the two-week competition will earn the coveted LPGA cards for the next year.

The Q-Series, the grand finale of a three-part Elim, will take place on the Robert Trent Jones Golf Trail in Alabama from November 29th to December 12th.

Del Rosario and Arevalo also won Phase II spots through various routes, with the former advancing to a runner-up in the Women’s All Pro Tour, where she won a tournament and achieved six other top 10 finishes in Texas as part of it served the Q-School and Arevalo Hurdles Stage I in California.

The field consists of players from 37 countries, with the USA fielding 71, followed by Australia and Sweden with 10 participants each. This includes Symetra Tour members in places 1 to 125, LPGA Tour members who are placed outside the top 150 and are on the LPGA points list in 2021, players who are in the top 400 of the Rolex Women’s World Golf Rankings are placed, and the top 5 in a college ranking and amateur world ranking.

That makes for a wild hunt for the limited slots in the Q-Series, although those who complete 72 holes but don’t advance to the final Elims will receive Symetra Tour status (based on finish) for the 2022 season.

In the meantime, Dottie Ardina and Bianca Pagdanganan, whose campaigns are also backed by the leading global port operator, are preparing for the Q-Series to reclaim their LPGA cards after being in the final cutoff of the final Cognizant this year. the top 80 have missed the Founders Cup.

Yuka Saso is the only Filipina who has secured an LPGA residency in the next four years. The fil-Japanese ace received five-year membership status after her historic major title success at the US Women’s Open last June.

The world number 5, 20-year-old will end her record-breaking season with stints in the TOTO Japan Classic, an LPGA of Japan Tour championship, November 4-7 before returning to the US for the final two LPGA events in the season is coming to an end – the Pelican Women’s Championship and the CME Group Tour Championship, both in Florida, also next month.