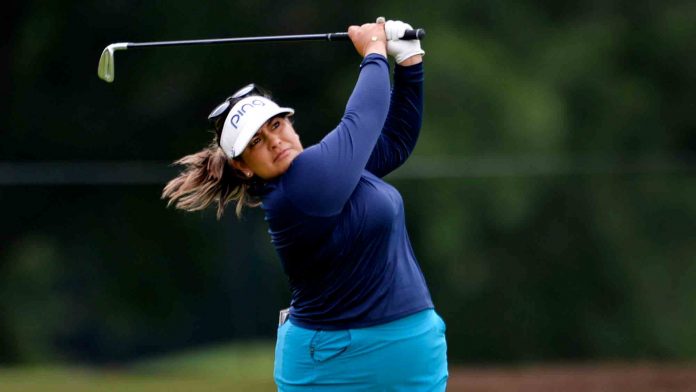 JOHNS CREEK, Georgia | Anyone who believes that elite athletes are immune to mental health problems is not paying attention. And not just recently, when high-profile examples such as Naomi Osaka and Michael Phelps admit their struggles. Depression, self-hatred, and despair hit athletes more than most.

“Oh yeah, it’s a lot worse for some than it is for the general population because so many of them have ingrained their identities in their sport,” said sports psychologist Dr. Bob Jones IV, who happens to be an Atlanta Athletic Club member, is the grandson of golf icon Bobby Jones. “Most people have other people and things (in their life). You have spouses, partners, children, jobs, friends, all sorts of things that balance your life. But athletes who reach the top level, where they are among the best in the world in their sport, have to focus so intensely on what they are doing, if you take that away from them, you take that away from them for who they are defined from an early age. “

If you have friends who are athletes or former athletes, you know this is true. Talk to them about their most vulnerable moments (and you have to be good friends for them to go), and you will find that life can get horribly dark when the spotlight goes out.

Lizette Salas is nowhere near that point. But Salas, who scored a 5 under 67 on Thursday at the Atlanta Athletic Club’s Highland Course to take an early lead in the KPMG Women’s PGA Championship, spoke of some of the troubles she faced and some of the moves which she takes to get better.

When asked when she was most afraid, she said, “Probably all of 2020. It’s been a really tough year for me. It was probably one of the lowest points of my career, mentally. But I am so happy to have a strong backbone and a strong team that is there for me.

“I really didn’t like myself in 2020 and I think with the whole COVID thing and the fact that I can’t work and have golf as my outlet, that hit it really hard. As much as I love my family and loved being around them, it was tough. I was homeschooling my nephew (second grade) for about two months and I said, “Please no more.” But I understand that everyone had to go through something. It was hard for me to even talk about it because I felt like other people were going through the same thing. Why did I have to feel sorry for myself? Over time it built up and got worse. And when I finally got out of here, it was so bad that the golf couldn’t help. “

The golf wasn’t great at the beginning of the year. Salas missed three cuts in her first four starts, including the ANA inspiration. A T59 at the HUGEL-AIR PREMIA LA Open was particularly difficult in her hometown and so close to the University of Southern California, where Salas was a superstar.

“You know it takes time,” she said. “I had to take care of my mental health. This is something that a lot of people don’t really take into account. I think for me who has a Hispanic background it is very difficult to talk about. But I’m very fortunate to have a team that was ready to bend over to help me and get me to where I am now. “

Where is she now?

“I feel great,” she said with a natural smile and an expression in her eyes that let everyone know that this was more of a cathartic session than a press conference. “I feel more like myself. Nothing really intimidates me anymore. I enjoy the process. I can communicate better about how I feel, which is very difficult. Even as a 31 year old veteran out here, I have a hard time expressing my feelings. Sometimes my team has to get it out of me. And I just allow myself to be in this vulnerable place and ask for help. “

Asking for help is always the first step that far too few athletes take. This is one of the reasons divorce rates, financial troubles, alcohol and drug abuse among active and retired athletes far exceed the general population. These are calls for help from people who don’t know they need them.

“I haven’t been able to play for a long time,” said Salas. “And then when I saw that I wasn’t getting the results I wanted, it ate me up. It was really bad. But I wouldn’t ask for help. I was very persistent. Instead of asking, I pretty much shut people out.

“That was not the way to go. I acknowledge that. I am a different person now. I hope I can just continue this positive process. “

“And when you look back on (Frida’s) history, she did things her way and enjoyed her own process. So, I’ve just highlighted a couple of things here and there. And it makes me fall asleep. So it’s a win-win situation. “

Dr. Jones said, “A lot of people think that as a sports psychologist, I help people do their sports better. But a big part of my job is managing transitions – going from one part of your life to another and accepting that and ultimately accepting it. “

“I wanted to talk about it at the beginning of the year,” said Salas of her mental health problems. “But I wasn’t ready yet. I wanted to share this, my story and my process when I was confident. I think now is the time to talk about it. And I will not lie. I’m a little nervous talking about it now.

“But that’s OK. I’m in a much better place. Just happy to be here.”