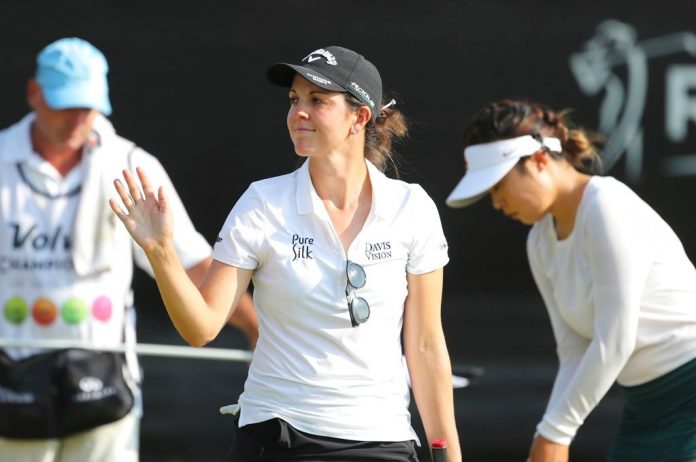 DALLAS, Texas – Sunday was career day for a Kentucky native who is now playing on the LPGA Tour.

Emma Talley, who grew up in Princeton, Kentucky and was a three-time State Champion of Kentucky High School, finished fourth in the final round of the Volunteers of America Classic at the Old American Golf Club. The University of Alabama product fired a bogey-free 8-under par 63.

The performance was a career-low score for the four-year LPGA Tour professional. It also hit the 18-hole tournament record, an achievement that tournament winner Jin Young Ko achieved in the first round on Thursday. After all the calculations, Talley is back at a level that meets her expectations.

“I think I was only on one mission,” said Talley, picking up five birdies on her last six holes. “I got into the groove with my putter and made good shots. For me personally, the last shot in 18 was huge for me. I said to my caddy (Brandon Winton), who went to the 18th green, ‘This means so much to me’ because I’ve been really fighting for the past six months. I feel like I am a little bit more myself. “

Talley is now going to the LPGA Classic Marathon presented by Dana in Toledo, Ohio, where Talley last secured a top 10 placement (T5).

“This tournament over the past three years has treated me really well,” said Talley, who hit 16 greens in the final round. “I am delighted to be coming to Toledo. I’m driving home to Nashville to sleep in my own bed before I leave, and hope I can keep the mojo going.

“I need to start writing down some of the things I’ve done this week, my mentality and how I’ve played my game all along and never had my eyes wander. That was really important to me. “

Talley took a dramatic step on Sunday, going from a tie for 23rd to a tie for fourth place. She finished with 12 under par. Her score of 63 exceeds her previous best tour performance by two strokes. She previously shot 65 three times, including on Thursday in the first round of the tournament.

A Hoodie With Sense LPGA Hoodie For Golf Campaign Update |...