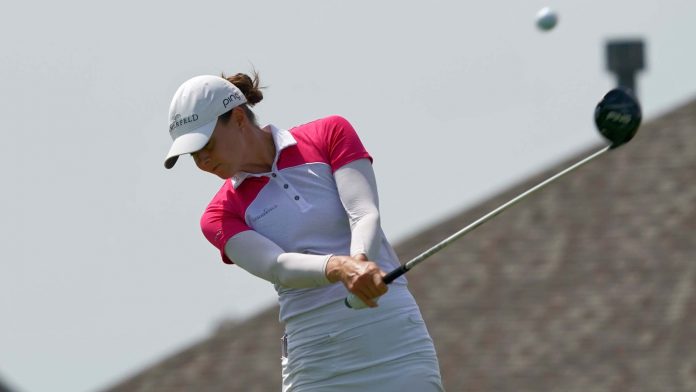 At the beginning of the week at the Volunteers of America Classic, LPGA Tour rookie Esther Henseleit drove a wave of dynamism. With 18 holes remaining in The Colony, Texas, it shows no signs of slowing down.

In the eighth major championship appearance of her career, Henseleit secured the best result of her career with a draw in 15th place at the KPMG Women’s PGA Championship at the Atlanta Athletic Club. The German is now 13 under par at the Old American Golf Club, after 7 under 64 on the day of the move.

“It was such a good golf course [last week] And I just have the feeling that every time you play golf courses like this, you improve your game so much because you have to think about your shots, you have to hit different shots, ”said Henseleit, who usually hit 14 greens. “I feel like I’m really in control of my ball flight. I’m confident out there. “

Henseleit took six birdies and an eagle on the par-4 15th for the low score of the third round, which was beaten by Mirim Lee. The German has the greatest performance in the bottom group on Sunday and is only one shot behind the lead.

“You pulled up the tee today [on 15], so it was 240 meters to the pin, ”said Henseleit. “I hit the driver, hit the green and like a 6-meter putt for the eagle. A small slider went downhill from right to left and punched this one.

“I am happy to be in this position and I really want to enjoy the experience and learn from it. I think I can play very well under pressure. I really like the feeling. “