Finding new joy in rooting from the sidelines | LPGA 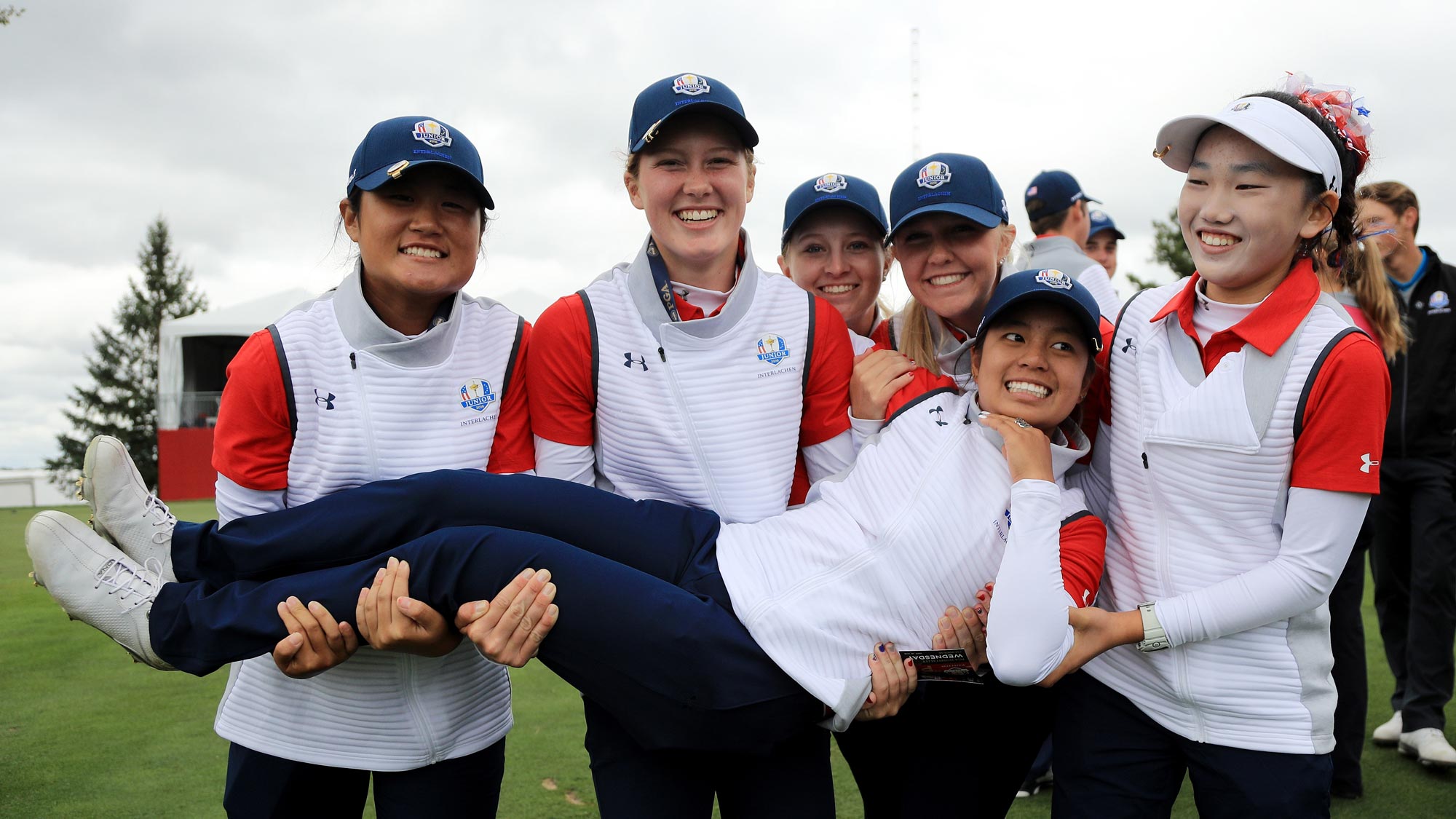 I’ve always been inspired by people who go their own way and don’t follow a conventional crowd. This source of inspiration is the driving force why I support my fellow human beings who choose their own challenging but rewarding path, be it in golf or other activities. I firmly believe in the power of support. The more we can celebrate each other’s victories, the more we can grow together as people.

This power of support is ingrained at Wake Forest University, where I am doing my Masters. I interact with my old teammates and coaches regularly and update Golfstat regularly during their tournaments to see how they are doing. When they play a great round or fight back after a double bogey, I always text them a message. I do this because it is so easy to overlook success and hold onto the negatives. I love seeing others succeed because I know how difficult it is to be successful. When Wake played at their home tournament, I was so proud to watch my teammates, some of whom played at their first college event. It was even more exciting to see them win.

A few weeks later, I went to Chapel Hill to do wake at Ruth’s Chris Invitational, hosted by the University of North Carolina. It was so special to see the Deacs win again. I love and respect my coaches very much and I know how hard my teammates work to be the best they can be. Additionally, what’s special about Wake Forest is the constant following we have that extends beyond the family to donors, alumni, and additional Deacs supporters who are happy to watch and encourage us.

When I was playing the Carolina Golf Classic Symetra tournament in Greensboro, two of my teammates came along to watch along with a crowd of wake fans, many of whom have close ties and some of which I’ve never met. The volume and enthusiasm of the messages I received from family, teammates, coaches, and wake supporters was so humbling. It’s a constant reminder of how thick and connected the wake community is. It’s a nice picture of what happens when we support each other on our travels. And it encourages everyone to make their dreams come true, despite the challenges along the way.

That’s what I love about writing, too. I have the privilege of introducing a person’s story to a large audience while sharing part of their personality.

As the Symetra Tour Championship recently ended and Phase II of the LPGA Qualifying School begins, I watch my friends and colleagues who have either achieved their dreams or are actively pursuing the goal of LPGA Tour membership.

I was thrilled to meet Lilia Vu and Sophia Schubert at the Carolina Golf Classic, with whom I played at the Arnold Palmer Cup in 2018. Seeing them top of the Symetra Tour money list and standing up with their LPGA Tour tickets at the end of the season was a thrill. Also, my college friend Amanda Doherty and Wake Alaun, as well as my great friend Allison Emrey, earned their tour tickets. I’ve also had friends who finished just below the top 10, and their Instagram posts gave some insight into their mixed feelings and continued commitment to making their dreams come true.

The deeper purpose for all of us as golfers is to inspire more girls to play and love the game. Whether these girls go on the LPGA tour, keep their amateur status, become coaches, leaders, or whatever else they aspire to, the ultimate goal is to bond as women through the game of golf.

This week of Phase II, I will be cheering my Curtis Cup teammates Brooke Matthews, Allisen Corpuz and Gina Kim, my former teammate Swing Liu, and all of my college and junior golf friends and wish them every success in pursuing their dreams. I’ll also be cheering for my Deacs when they travel to Wilmington, NC for the Landfall Tradition, the final event of their fall season.

Above all as an amateur, alumnus, spectator, friend and fan, I am committed to women’s football – now and forever.

← Increase in overnight stays by golfers by 45% in 2021; Visits from the eastern states more than double Michael Phelps reacts to the huge announcement from PGA Tour Caddy →