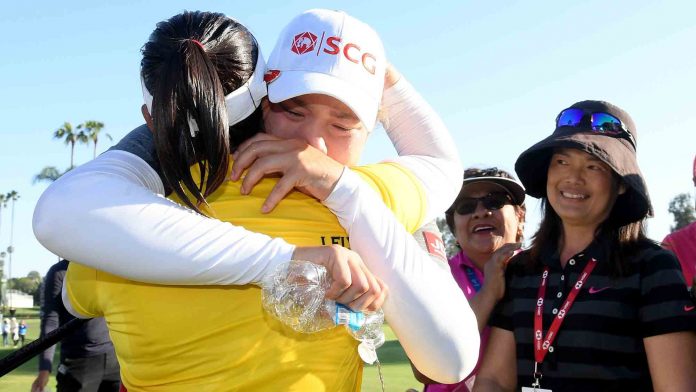 The Jutanugarn sisters were together Saturday night when text messages from the LPGA came in on each of their phones. Ariya, the younger of the pair at 25, checked what time she would be playing at the KPMG Women’s PGA Championship on Sunday. She looked at her sister – the two stay together – and said: “9:35”. To which Moriya, 26, replied, “I’m 9:35 too.”

And on Sunday it all started, the two sisters who trained by running across cemeteries hitting tens of thousands of balls and pushing each other from humble beginnings in Thailand to the fairways of the LPGA. No surprise: you really enjoyed your day. Former world number 1 Ariya struggled a little and shot 72. But she enjoyed watching her sister play so well. Moriya has birdieed five holes, including the last, to shoot 69 and climb the board.

“I played with her a lot, but usually there were three of them,” said Ariya. “We usually have another player with us. But with only two it’s really fun. She played really good golf today. It’s fun to be competitive, but in tournaments we root each other. I was impressed with the way they played. “

They shared some laughs too, each of the two giggling after Moriya almost hit him in the water at 15 and Ariya doing the same at 18, and both shots were good. They were last grouped in a major (along with Stacy Lewis) on Saturday at the US Women’s Open 2020 at Champions in Houston.