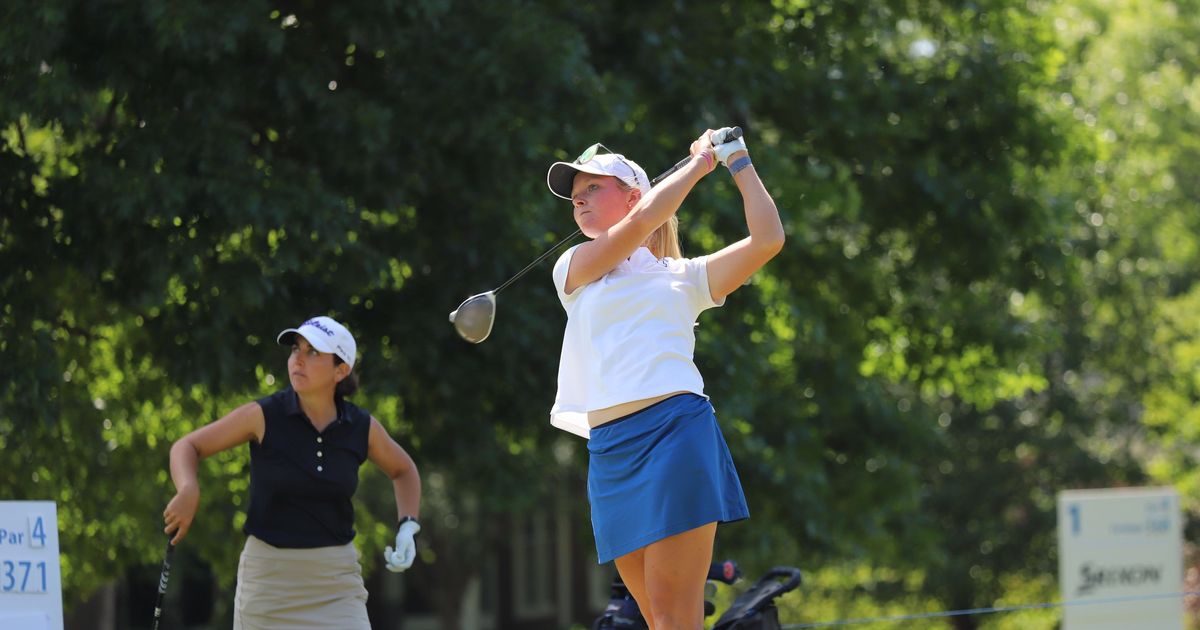 Sophie Hausmann hasn’t missed a Symetra Tour event this season, so there was no chance of circumventing the first Circling Raven Championship.

The closest homecoming is for the former University of Idaho standout.

She has spent the past week visiting friends and former classmates, practicing at Palouse Ridge, and mixing rounds at the UI Golf Course and Black Rock.

“I’ve had a pretty good week,” said a smiling househusband in a vandal hat after Tuesday’s training session at Circling Raven.

The two-time individual winner of the Big Sky Conference would look forward to a very good weekend in the Circling Raven. Hausmann, who took her first Symetra victory at the IOA Championship in March, is 12th on the money list with five events remaining.

The top 10 at the end of the season will receive LPGA cards. Eight of the Symetra Top 10 and a handful of LPGA regulars, including Bianca Pagdanganan, who played for Gonzaga for two years before helping Arizona to the 2018 NCAA title, are among the 132 players in the 54-hole event that kicks off Friday.

“These are definitely important five weeks a year,” said Hausmann about the final stretch. “It can be a turning point for a couple of girls. I’ve got myself in a good position but you need to stick to your game plan and see where you land. I can do it if I play well, so let’s chase it down and if it works, great. “

Additional LPGA Tour tickets are available for players who pass the third and final stage of the LPGA / Symetra Tour qualifiers in December, but Hausmann wants to go the direct route and hand out some birthday presents.

“Being in the (Symetra) top 10 is a better category,” said Hausmann, whose caddy this week will be Ross Button, former Idaho men’s assistant golf coach and current assistant to the Gonzaga men’s team. “The first two weeks in December are my parents ‘and grandparents’ birthdays, so to be honest, I really want to be at home (in Germany).”

Hausmann had an interesting season with a quick start, a mid-break with four missed cuts in a row and five straight top 30 finishes that led into this weekend.

She’s a quality ball forward but that slipped in May and June. She restarted during a week off and her shape quickly returned after a brief hiccup.

“I started the first hole at the next event with a double bogey and thought to myself: ‘Sophie, you will either miss another cut or you will get your game going better,’” recalls Hausmann. “Then my mom came a little later for two events and that helped me a lot.”

Hausmann, who as a rookie is limited to 10 events in a 2020 season shortened by COVID-19, plans to play all 20 events this season.

“There were so many new people last year, how do you plan to travel,” she said. “Just knowing these things better gave me more comfort in what to expect. Mentally I’ve improved a little. Wedges are the part that I have to work on the most, but overall I do a little better. “

Hausmann estimated that the winner of the Circling Raven will likely need to get at least 10 under par, but she cautioned that there are many problems waiting for wrong shots and scores could go up in windy conditions. Hausmann, Vu and Gigi Stoll, a Beaverton (Oregon) high product that played on Arizona’s 2018 National Championship roster, tee off in 10th place on Friday at 12:38 pm.

Hausmann hopes her experience at a course she played at several team retreats in Idaho results in a solid week. She should be easy to identify, likely wearing vandal gear and an Idaho headdress, a graduation gift that can be seen on her golf bag.

“We had so many Idaho sweaters and we needed them,” joked Hausmann of her UI career. “It’s kind of nice when you’re out all season to go to a place where I know people and where things are. You feel at home again. “