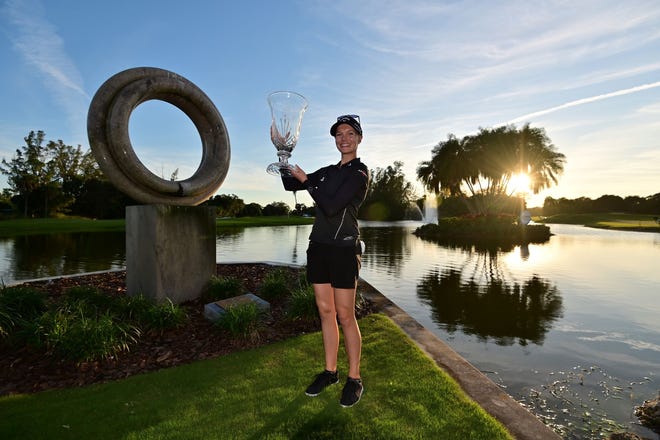 The LPGA Tour returns to Boca Raton. The waiting time wasn’t that long this time.

Tournament officials will announce today that the Gainbridge LPGA in Boca Rio will return to the private luxury club in southern Palm Beach County January 27-30.

The 2020 event was won by Madelene Sagstrom. This year’s tournament was won by the current world number one and reigning Olympic champion Nelly Korda.

“We are very excited to continue our work with the LPGA Tour and return to the Boca Rio Golf Club for the Gainbridge LPGA 2022 in Boca Rio,” said Dan Towriss, President and CEO of Group 1001, Gainbridge’s parent company.

“In the first two years of the tournament we established the Gainbridge LPGA as a world class championship. It is an honor for us to support women’s golf and to offer the best players in the game a platform to showcase their talents to their fans all over the world. “

The field will include 120 players competing for a purse of $ 2 million. Sagstrom shot 17 under 271 to win in rain-soft Boca Rio in 2020 when Nasa Hataoka missed a 3-foot par putt on the 18th hole. It was Sagstrom’s first career LPGA win.

The tournament is expected to be the second on the LPGA Tour schedule next year after the Diamond Resorts Tournament of Champions in Lake Buena Vista.

“I love an event where you can stay at home. It makes the week a little easier, ”said Austin Ernst, a Palm Beach Gardens resident and a member of the US Solheim Cup team that ranks 24th on this year’s money list.

“Boca Rio is a great course. It’s a good test. There is a good mix of holes. The course played a long time last year because of the rain, but I think it’s a great place. “

The Boca Rio Golf Club was founded in 1967 and designed by Robert von Hagge. It is located 4 miles from the Atlantic Ocean on 200 acres of native Florida wilderness. There are no houses on the golf course.