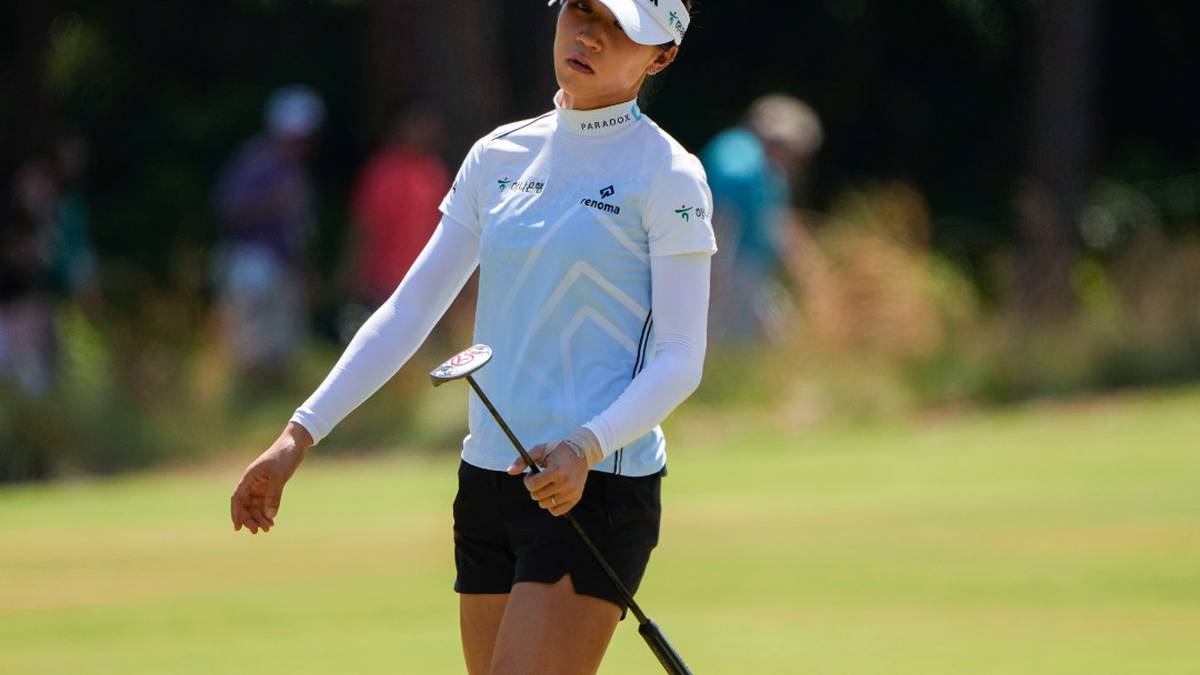 Lydia Ko has posted an underwhelming start to her latest event on the LPGA Tour after a difficult opening round in New Jersey.

Ko, who won over $600,000 after a fifth place finish at the US Open last weekend, sits in a tie for 51st place in the Shoprite LPGA Classic after an even-par round of 71.

However, what seems like a solid score was laced with inconsistency as her four birdies were cancelled out by four bogeys on a day where tricky wind and small, undulating greens provided a stiff challenge for the golfers.

Ko sits six shots behind Australian rookie Stephanie Kyriacou who said those conditions were more favourable than during practice rounds leading up to the tournament.

“The greens are quite challenging,” Kyriacou said. “They’re pretty firm and they’re fast, so it’s kind of hard to stick [shots]. But it wasn’t as windy as the practice rounds, so that was a positive.”

Kyriacou benefitted from some advice from LPGA Hall of Famer and fellow Australian Karrie Webb earlier in the week. The 47-year-old Webb, the 2013 Shoprite winner with 41 career victories, ran into Kyriacou on the practice green and offered some tips.

It paid off. Kyriacou enjoyed a bogey-free round and carded six birdies.

“I just asked her what she did when she struggled with nerves in her prime. I just asked how she coped with it and she gave me a few tips,” Kyriacou said.

“She said between shots to just close your eyes and breathe and listen to the birds. Just to get your mind off things. It’s so simple, but it’s very helpful.”

Webb shot a 73 in her first tour start since January.

Sweden’s Frida Kinhult was a stroke back from Kyriacou while top-ranked Jin Young Ko was at 67 with Brooke Henderson, Dottie Ardina and New Jersey player Marina Alex.

On the PGA Tour, Kiwi Danny Lee sits in a share of 16th through two rounds of the Canadian Open.

Lee added a one-under 69 to his opening round 68 to move up two spots into a share of 16th.

He is four shots off the lead held by Wyndham Clark, who sits a shot ahead of five players, including Rory McIlroy and Matt Fitzpatrick.

The most prolific winners on Tour this season, Sam Burns and Scottie Scheffler, are three shots off the lead in a share of eighth.