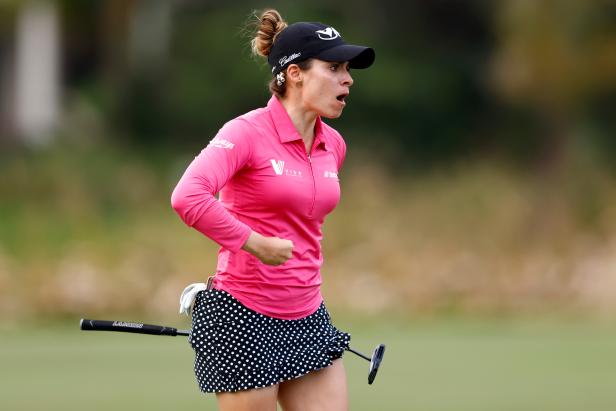 During Saturday’s final three holes, while Lopez tried to maintain her position at the top of a crowded CME Group Tour Championship leaderboard, Lopez went through all the emotions golf can dish out. Ultimately, Lopez got her double bogey-eagle-bogey finish – how many times have you seen that? of the four players in the lead.

Lopez was happy with her roller coaster ride.

“I tried to be calm all day, I tried to stay calm throughout the tournament,” she said. “Sometimes when I bring this emotion with me, I just can’t stop it.

“I feel like I dragged it into 18. It was hard to hold it together. But at the same time, it’s something I love about my game, something I hug so much. I am sure that I will learn from it. I know that next time I’ll have the discipline to calm down. But it’s exciting. I love this position. I love to see myself grow. “

The fiery 28-year-old from Mexico had to tell herself that she had to hold her emotions in check when she hit a “terrible” 7-iron fountain to the right of the green and into the water on par-3 16 and Lopez’s double bogey fell hers two shots from the lead.

Talk about a bounce back. On Par-5 17, Lopez’s second 5-iron shot found the edge, and from there she made a long putt, yelling, and pumping her fist immediately after the ball dumped into the cup.

Lopez hit a big drive on the 18th and had a wedge in hand. But she hacked the approach, came up short and the ball rolled back into the lake in front of the green. The bench was so tightly shaved that even a drop and placement became dangerous – so much so that fans cheered when Lopez found a spot where the ball actually stayed without rolling.

From then on, her seemingly rash chip settled a few feet from the cup, and Lopez ended a critical bogey parade.

“I love this position. I love watching myself grow, ”said Lopez. “I think I’ve grown so much over the years and have this opportunity [on Sunday] to have a shot back and to be able to hit exactly the shots I wanted, imagined, visualized, it’s just really exciting. “