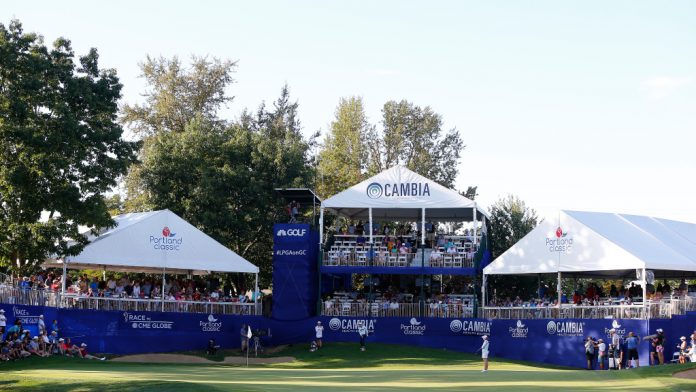 The Cambia Portland Classic debuted in 1972. Kathy Whitworth won the first two editions, followed by JoAnne Carner and a who’s who of legends of the past five decades.

The Columbia Edgewater Country Club was the home of the event for most of the time. This year the longest running non-major event of the LPGA celebrates its 50th anniversary in mid-September. It just won’t be in Columbia Edgewater.

A large homeless camp now surrounds the parking lot, which is used by almost all visitors to the event, and tournament organizers felt it was necessary to reschedule the event for health and safety reasons.

LPGA officials informed players of the change in a memo earlier this week.

“It was a really tough decision,” said Tom Maletis, president of the Tournament Golf Foundation.

Next week, LPGA officials will be visiting Oregon Golf Club in West Linn, which is set to host the event in 2021 with options for an extension.

One story in The Oregonian described the area near the club on Northeast 33rd Drive as “littered with rundown RVs, trailers, tents, makeshift homes, and piles of rubble and rubbish.” Gunshots were heard almost every night for a while, Lisa Larson, who serves as vice chairwoman at nearby Dignity Village, told The Oregonian.

Maletis said he had worked with the Port of Portland and the City of Portland for months in hopes of receiving news that conditions were improving in time for the event.

“We couldn’t get any guarantees that the situation would be resolved,” he said.

Stacy Lewis, the 2017 Portland Champions, said she was very surprised by the news earlier this week.

“I love this golf course,” said 2020 winner Georgia Hall, “and obviously I won there. It’s a shame they have to postpone it, but I understand why. “