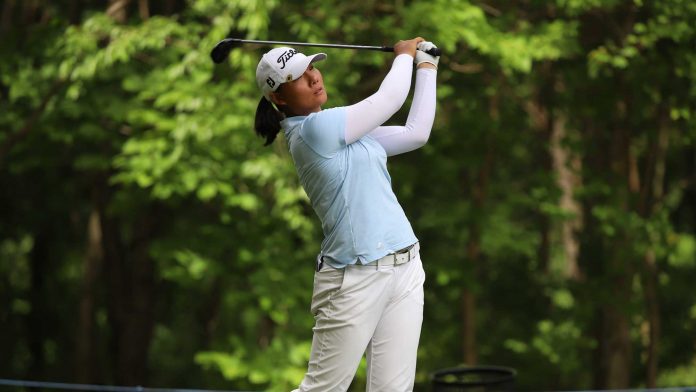 With 18 holes in the books in Phase I of the LPGA qualifier, Huize Lian (Dalian, China) is moving up the field with 339 players after carding a bogey-free 7-under-par 65 at the Marriott Shadow Ridge Golf Club in Palm Desert Has. Calif.

“I played a nice round today, hit well, putted well and played happily. When I look ahead, I focus on just eating well, resting and fighting the weather tomorrow, ”Lian said.

The French amateur Agathe Laisne (Paris, France) is one stroke away from the top thanks to a 6-under 66 on the Pete Dye Course of the Mission Hills Country Club. Close behind her is a five-year-old quartet made up of Kirsty Hodgkins (Redcliffe, Australia), Naomi Ko (Victoria, British Columbia), Emily Mahar (Brisbane, Australia) and Ferris State University alumna Destiny Lawson (Ocala, Florida).

“I really stayed in the moment with every shot and took it one after the other. It was a little windy today which I thought was a test, but I didn’t really feel like it. I turned pro in April and graduated from Ferris State University. I played a couple of LPGA qualifiers and won the event before Pure Silk to go to my first LPGA event which was huge. I returned to Florida and wanted to play in marathon qualifiers, but I got COVID, ”Lawson said. “It didn’t affect me that much. It was mostly the mental aspect that was challenging to go through 10 days of quarantine and not hit balls and get my attention to other aspects of my life. When I got out of the game I felt great and it made me appreciate this game a lot more when I realized I couldn’t play for 10 days. Then I came here on July 25th to start preparing for this week. “

The little round of the day at the Dinah Shore Tournament Course at Mission Hills Country Club came from Amelia Garvey (Los Angeles, California). She is currently tied in seventh place, just three strokes behind the lead after her 4 under par 68.

“It’s nice to be on the leaderboard early. I played well, nothing spectacular, but I did really well when the wind eased and I took advantage of it, ”said Garvey. “The main person I spoke to [leading up to this week] was Patty Tavatanakit, who won inspiration here at ANA earlier this year, she is my best buddy. I definitely reached out to them to find out how to approach this course and it seems to have paid off. “

“Today my irons were pretty good, so I had a good green in the regulations. That made it easier for me today. Also had great teamwork with my caddy who is mine [swing] Coach. I will continue for the rest of the rounds, ”said Jang. “Definitely keep working on my energy. Eat, sleep, exercise and practice, but try not to burn out before the tournament is over, especially in this heat. “

A total of 103 players completed round one with straight par or better, while 173 participants were 2 over par or better. The second round begins tomorrow at 7:15 a.m. PDT with individuals venturing on a new course according to the rotation of Dinah Shore-Pete Dye-Shadow Ridge.

“I started the day with four birdies in a row which I think helped keep the momentum going. I just hit the ball well and did the putts when I gave myself birdie chances. I know that every course plays differently and requires a different tee-off strategy, but my approach will stay the same and be maintained on the fairways. My dad is my caddy and helps me a lot on the course. He plays himself, so he knows how to read the greens, the course management, that helps and is nice to have this week. “

Kirsty Hodgkins (-5, T3) on the mental side of the game for Phase I:

“Super happy to have scored a good number of points for the first lap. It has been a few months since my last tournament so there weren’t any expectations for today just to try and take some good strokes and see what happens. As for the rest of the week, there’s still a lot of golf to play, so my mentality is still the same: try to take good shots and see what happens. The courses all look in fantastic shape, so I’m looking forward to getting started on Dinah tomorrow. “

Libby Winans (-3, T16) on playing as an amateur and her mentality when entering Q-School:

“At the beginning of this week, my mentality was to do my best no matter who I was up against. I worked hard up until this week to build confidence so that I could play relaxed. I want to prove to myself that I belong out here, no matter who the competition is. In all honesty, all aspects of my game felt as strong as they ever felt before this week. However, I made some changes to the putter and was finally able to see some positive results on the greens today. I hope that I can continue to see the ball go into the hole. “

Camden Morrison (-3, T16) on returning to competition mode after breaks due to COVID-19:

“I was pretty nervous. I couldn’t play a lot. I’m sure not many people were able to do this because of COVID, but I was nervous. But I would say that I played smart. I played on the more conservative side and developed around the court and stayed in the moment. [To prepare] I’ve played a lot of golf with members and guys I work with at home at Tedesco Country Club. I worked on the parts of my game that I knew needed work and kept the other parts that might not require as much attention. I was very relaxed and really focused on seeing the ball in the hole and building confidence. “