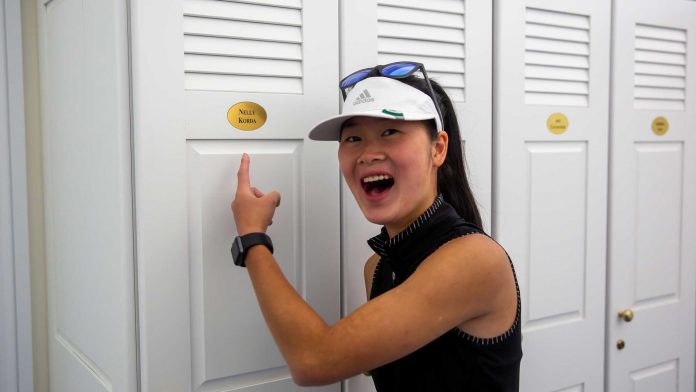 That time came earlier this year in Bradenton, Florida, where Nelly lives and plays in the Concession Club. Dream On 3 flew Sophia to Florida, where she played a round with both sisters.

“It was a lot of fun,” said Nelly. “When she flew to Sarasota, she was saying, ‘Oh my god, this is Nelly Korda’s home,’ which I thought was really funny. She is super nice, super brave. We had a lot of fun at Concession and played the par 3 course. “

When asked about Sophia’s game, Nelly said, “It’s good. I’m really impressed with her swing. You know, it just goes to show that if you focus on what you want, you can do almost anything. She also plays softball, so she’s very sporty. “

Jessica stepped in by saying, “That’s why I love to play golf so much. We were them when we were little. So playing with one of your idols is always something really cool. And then just seeing the love of the game, the love of being out here and seeing how her shining eyes take it all in.

“The longer you are out here you kind of forget how cool that is. To see it from someone else’s perspective is really something special. “

While playing the round in the Concession, the sisters learned that Sophia was from Hudsonville, Michigan, not far from Blythefield Country Club in Grand Rapids.

Which Americans still have to work to form the team?