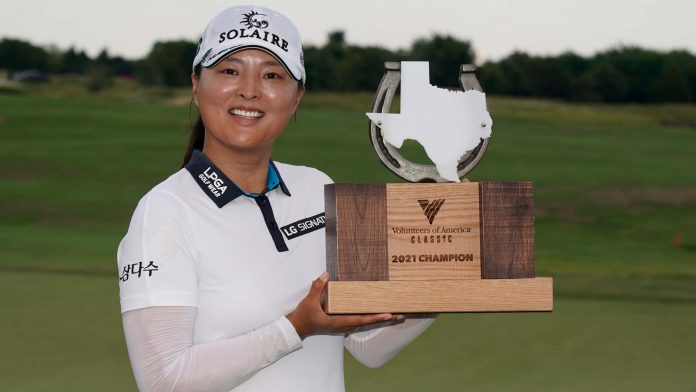 THE COLONY, Texas (AP) – Jin Young Ko wanted a new trophy for her new home in Texas and even picked up something for the closet.

“I thought these boots were a good size for me,” said Ko. “So yeah, I just bought a house and then I want to get a new trophy because my old trophies are in Korea. But this new one is special.”

“I thought I was under a lot of pressure with the number 1 ranking,” said Ko. “But I did it this week. I’m very happy.”

“I thought I couldn’t win this week because, like Matilda, she played very well today and yesterday,” said Ko. “It’s like focusing on my game on the pitch and then I tried not to think about Matilda, playing, hitting the driver or whatever. And it was tough. But yeah, she is good player. “

“I’ve played with her for the past two days and it was just cool to watch her play,” Castren said. “She didn’t make a lot of mistakes, she recovered really well from her not-so-great shots. I can definitely see why she was number 1 in the world for so long.”

Henley hits the lowest round in 2 years to lead Wyndham