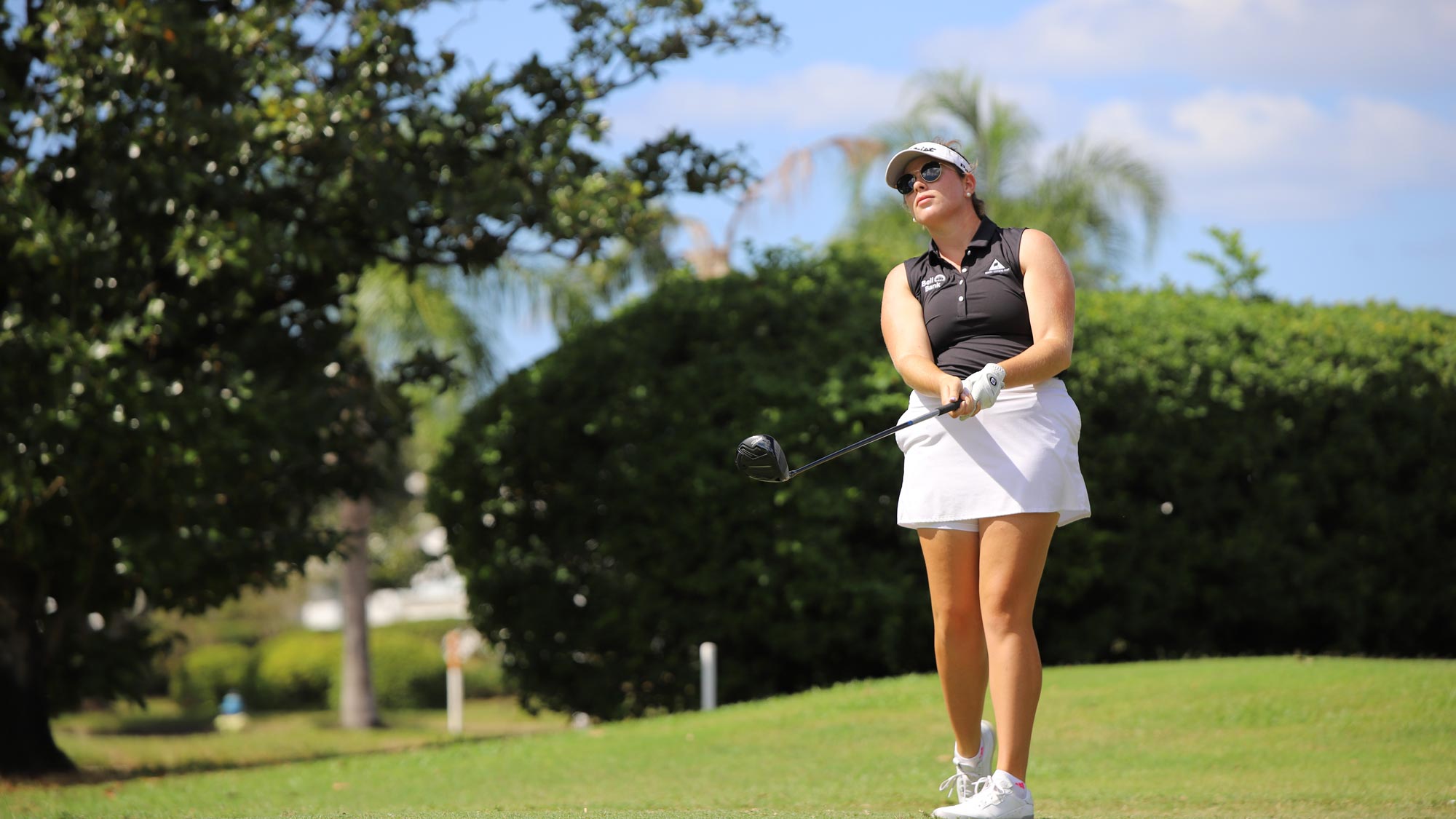 Sometimes it takes an artist’s eye to shape a golf swing, paint the perfect draw or baby fade in a hidden needle, or escape a difficult situation. For Katherine Smith (Detroit Lakes, Minnesota), who studied graphic design during her time as a Cornhusker at the University of Nebraska, this mental process is second nature, helping her get 4 under 68 with 5 birdies and 1 bogey on the first round Map.

“I’m super visual,” said Smith of her style of play. “Today at nine o’clock I was right behind a tree and had to cut like a 40-yard cut, but also go under a tree and over a tree. I don’t think I could do these shots without having my artistic background. In art class you have to look at the same thing and find really small details in it. I think that helped me make the course more detailed and better visualize things. Playing that as my strength really helped. “

Smith has only recently been a pro and understandably came to Plantation Golf & Country Club with a nerve. Although it was a slow start for the 22-year-old – she put a par-5 three times at the start of her round and had a handful of lip-outs – Smith remained patient and made a solid start after Thursday was a goal for her ahead of the event .

“I was definitely a little nervous at the beginning of the week,” she said. “It was hard to say where the scores are and how hard the places are playing, especially because the two places are so different. I got off to a shaky start and then a couple of putts rolled onto my back which gave me some momentum and got me through some of the more difficult holes. It’s been a strange week. Q school is just tough as it is, so I’m just trying to get off to a good start, then hang on and do birdies all week. “

Her nerves were also calmed by having Brother Carter on her pocket. Smith is no stranger to having a family – her mother Marjorie carried the sticks during the early stages of Q school – but it’s still comforting to have the support from those you love most on the property, especially when so much is at stake.

“I kind of say my brother comes out for the big ones, and that’s a big one,” said Smith. “Mom did a great job getting me through the first phase and making sure I was comfortable. I’ve only been playing professional golf for four or five months. I think it’s special to have my family with you at all times. There are so many international players this week so you are really grateful to see them because I know a lot of the girls out here are on their own and it’s pretty tough one way or another. “