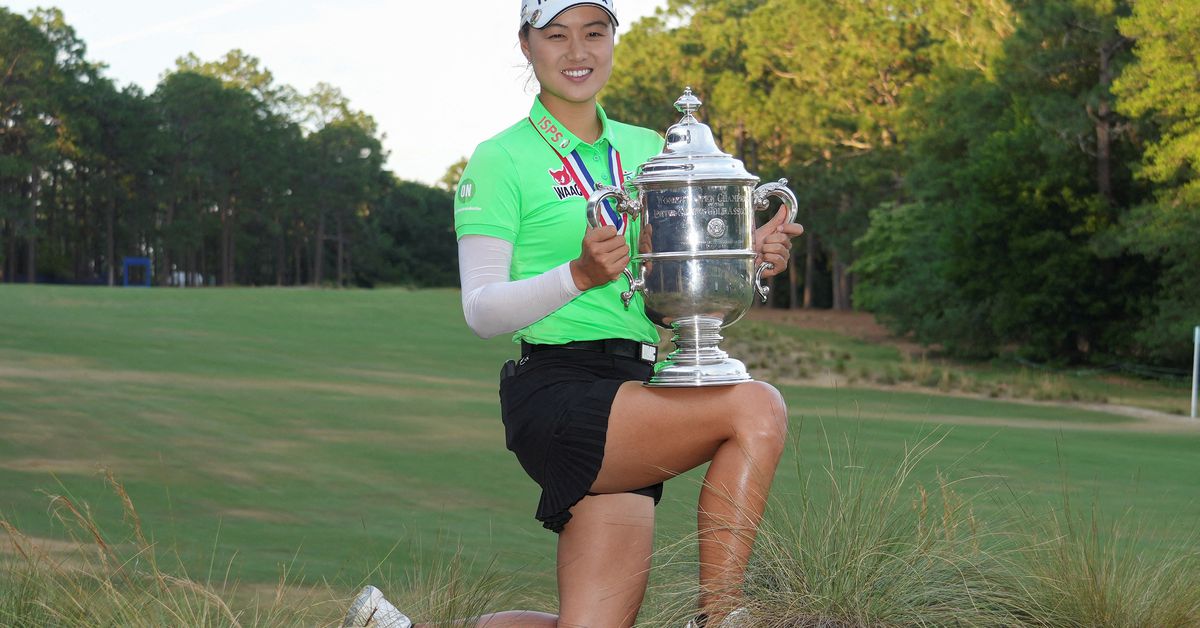 MELBOURNE, June 8 (Reuters) – Ash Barty’s retirement from tennis robbed Australia of one of its champions of women’s sport but golfer Minjee Lee is helping fill the breach with success on the LPGA Tour.

The Perth-born 26-year-old captured her second major with a dominant four-stroke win at the U.S. Women’s Open on Sunday, securing a record $1.8 million winner’s cheque and improving her world ranking to number three.

While Barty’s three Grand Slam titles catapulted her into global celebrity, Texas-based Lee has largely flown under the radar despite winning her maiden major at last year’s Evian Championship.

That may change after becoming only the third Australian to win the U.S. Women’s Open, following Jan Stephenson (1981) and the great Karrie Webb (2000-01).

“I’m not sure if I can quite compare to Ash yet but, you know, it’s pretty cool,” Lee told reporters on Wednesday of comparisons with the tennis star.

“I feel like golf in general hasn’t been talked about too much so if I can just put golf on the map in Australia, even golf for women, I think I’m doing a good job.”

Lee represented Australia at the 2016 Rio Olympics and has won eight LPGA titles but local sponsors have yet to show much interest.

Corporate support has instead come from a slew of South Korean companies, leveraging off her heritage as the daughter of South Korean parents who migrated to Australia decades ago.

Though Lee won the Founders Cup in the lead-up to the U.S. Women’s Open at Pine Needles, the spotlight was mostly on world number one Ko Jin-young and the returning Nelly Korda as the major teed off.

“Maybe I’m not the most spoken-about golfer but hopefully it kind of changes the conversation a little bit now that I’ve won the U.S. Open,” said Lee.

“But I’m pretty mellow so I’m always going to be kind of chill going into any event.

“So I don’t think that’s really going to change on my part.”

Reporting by Ian Ransom in Melbourne; Editing by Peter Rutherford

← PGA Tour-LIV Golf Turmoil Could Be Followed by Legal Action – Sportico.com Why Minjee has no plans to follow Barty and retire the clubs →