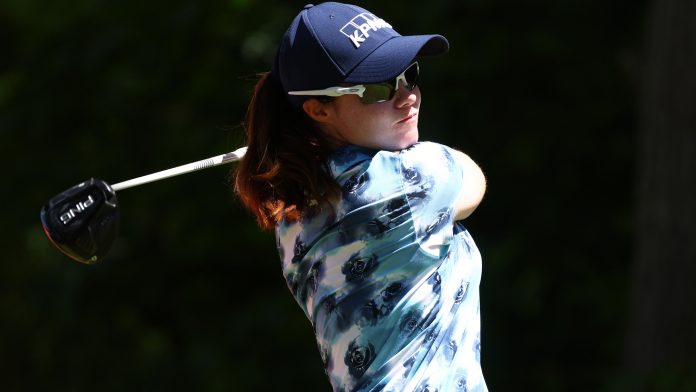 It’s been a great season for rookie Leona Maguire. With three top 10 placings and a season-best T2 at the LOTTE championship, a win would be the icing on the cake. After the first round on Thursday at the Meijer LPGA Classic in Grand Rapids, MI, that goal seemed more achievable than ever as Maguire led the way with co-leaders Nasa Hataoka and Charley Hull, who each shot 7-under, 65 Leaderboard sat.

What helped Maguire shoot so low was the familiarity of playing on golf courses in Ireland.

“It reminds me a lot of home, of many golf courses that I would have grown up on at home. Tree-lined Elm Hermitage, Elm Park, which I grew up as a junior golf club. I have an Irish caddy on my pocket and he said the same thing. It’s nice to have that familiar ID, even if it’s a new place, ”said Maguire. “It just went well with my eye and just tried to build on the momentum I got in San Francisco last week.”

Last week at the LPGA MEDIHEAL Championship in San Francisco, Maguire finished T9 and flirted with the lead all week.

“It was a pretty quick turnaround from last week. I felt my game was in good shape from then on and it was just a case of seeing the golf course for the past few days and trying to rest and start over this week and try to pick up where where I stopped, ”said Maguire. “I’m really happy with my start and I can hopefully get started again tomorrow.”

After finishing a stress-free first round that made her feel “pretty consistent,” the 26-year-old set out her goals for the rest of the week, including staying confident.

“It’s one of those things that has a lot of birdie chances. You know everyone will go under. You can’t really stop and look behind you. You just have to keep your foot down and keep going, ”Maguire said. “I’m just getting more comfortable, I think. Especially in the last few weeks I’ve been in some large groups. And I’m very happy with how I did it and somehow I stuck to my own schedule. “