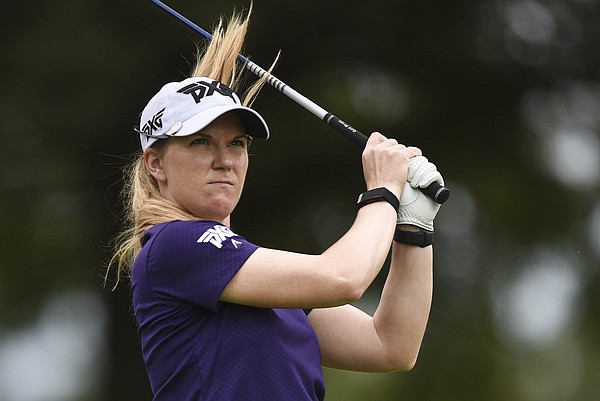 Last summer Ernst took a two-stroke win over Anna Nordqvist and shot a 63 on the final lap to secure the championship and a payday of $ 345,000.

“We look forward to seeing Austin again this year,” said Annye DeGrand Fox, Outlyr vice president, who heads the tournament. “We have five of the top 10 players in the world in the field this year. Seven of our former champions, six current or former razorbacks and 28 different countries are represented.”

This year marks the 15th year that the event will be held in northwest Arkansas. And unlike the 2020 event, this year’s tournament will be a return to more normalcy after no fans were admitted last year.

There will continue to be Covid protocols, such as limited capacity in hospitality areas and places where social distancing is not possible, Fox said.

Jay Allen, who has served as tournament chairman since the beginning of 2007, said although there are still Covid-related restrictions on the event this week, the tournament would look more like the years before Covid

“It’s great, especially after last year. It was just bizarre,” said Allen. “Having an event with no spectators is just bizarre. It’s not a normal year, but it’s a lot closer than it was.”

Several non-tournament events that were canceled last year are back for 2021, including the 5K race that will benefit Mercy Hospital and the popular BITE Experience. The 5K race is the only off-course event that takes place on Saturday at 7:30 am in downtown Rogers.

The culinary event BITE takes place on the square at 4 locations. A separate ticket is required for the BITE event, but this ticket also allows entry to the tournament. Ticket prices range from a $ 10 day pass to a $ 15 weekly pass to celebrate the tournament’s 15th anniversary.

The tournament will again have a strong contingent from the University of Arkansas with six current or former razorbacks in the field, led by Stacy Lewis, who is also a former tournament winner.

Rogers’ current razorback Brooke Matthews is also in the field after finishing 49th in 2020. Matthews made her way into the field by winning the college event at The Blessings earlier this year.

“Our mission in northwest Arkansas is to develop the game of golf and we promised a college player one of our exceptional courses at this event,” said Fox. “Brooke won this event individually last year. She wowed the crowd.”

The former razorbacks Gaby Lopez and Maria Fassi are also back as members of the LPGA Tour. Fassi will use this week’s event to set up their new foundation, Fassi’s Friends.

Although her event is not affiliated with the NW Arkansas Championship, her connections to the region are known as she calls northwest Arkansas her second home after a stellar college career in Arkansas.

“Her foundation’s goal is to provide golfing opportunities for children with disabilities,” said Fox. “She has an event on Wednesday at Top Golf in Rogers. It’s not related to the tournament, but it takes place during tournament week.”

Viewers shouldn’t have any health concerns as logs are in place to help keep the environment as safe as possible, Fox said. In addition, Walmart Health will have a trailer on site to deliver vaccines and flu shots.

“Our goal is to make this the safest place,” she said. “We will be wearing a mask in all public shuttles and closed places where social distancing is not possible. There is plenty of space for social distancing along the way.”

The popular Pro-Ams will be there again this year with the morning and afternoon tee times planned for Wednesday and Thursday.

At the Pinnacle Country Club, Rogers

Trophy handover after the game on the 18th green

Hospitality tents open at 9am