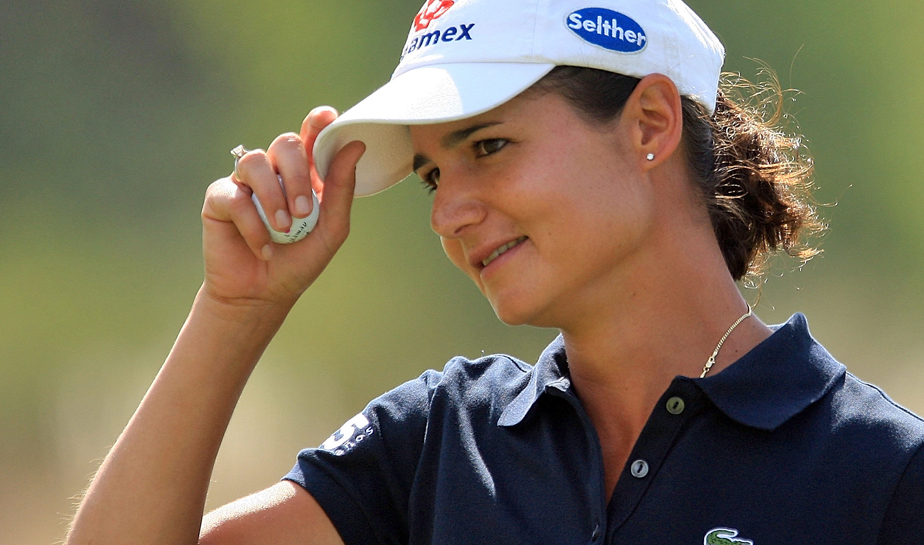 Former LPGA commissioner Mike Whan called his annual round of golf at the Founders Cup with Shirley Spork the highlight of his year. Spork, 94, is one of 13 women who started the tour in 1950. When Spork spoke to her Pro-Am group five years ago at the ninth tee at the Wildfire Golf Club in Phoenix, she said, “I just want to thank you all for inviting me to play.”

To which the three-time major winner Anna Nordqvist replied: “Without you we wouldn’t be here.”

Spork was in New Jersey last week for the redesigned Cognizant Founders Cup, which now has the richest wallet on tour outside of the majors and the CME Group Tour Championship. During the broadcast on Sunday, Golf Channel’s Grant Boone stated that only five of the tour’s 13 founders are in the LPGA Hall of Fame.

Spork is not one of them.

How can some of the women who laid the foundations for generations to come not be in the LPGA Hall of Fame? It’s just as mind-boggling as the fact that Lorena Ochoa isn’t there either. Or Laura Davies.

The professional golfer and co-founder of the LPGA Tour, Shirley Spork, stands on the first tee box during the competition rounds of the Solheim Cup golf tournament at the Inverness Club. (Photo: Aaron Doster-USA TODAY Sports)

The LPGA Hall of Fame is the toughest in any sport. To date there are 25 participants. Players must earn 27 points and play for 10 years to gain access. Ochoa accumulated 37 points in seven years before retiring in 2010. She is the epitome of greatness in every possible way, yet remains excluded from the greatest honor of the tour for not investing the time required.

“For me it just goes against logic,” said 26-time winner Judy Rankin, “that you don’t take all possible avenues to celebrate our sport and the people who are important to it.”

Dinah Shore, a Hollywood celebrity who helped grow the tour and ensure its survival, is the only honorary member. Rankin became the first player to be inducted into the veteran category in 2000. Donna Caponi followed in 2001 and founder Marlene Hagge in 2002.

For a player to be included in the Veterans category, she must have been an active member for 10 years and, prior to being nominated, have been retired or inactive for five consecutive years.

The Veterans Committee had not met in several years when Ochoa passed the five-year mark. In 2016, the tour formed an LPGA Hall of Fame Committee to review the hall’s qualifications. It has now been several years since this committee met and no decisions or changes have been made to date.

Both Ochoa and Davies have since been inducted into the World Golf Hall of Fame. Davies of course remains active on the LPGA and has participated in 11 events so far this season.

Beth Daniel, who was inducted into the LPGA Hall of Fame in 1999, is a member of the hall committee and said that a lot of important research was done a few years ago, including conversations with older players who introduced some of the regulations.

The 10-year rule was originally introduced, Daniel said, because the players felt they needed their stars to survive. Some players still believe that this type of commitment is important today.

However, Daniel contemplates the fact that the LPGA lost Annika Sorenstam and Ochoa to retirement within two years, and while the tour took a hit, the LPGA marched on. She believes it is time to lift the 10-year rule, but not everyone on this committee – and the membership as a whole – agrees.

“The members are very proud of their hall,” Whan told Golfweek last spring. “There is no judgment. These are the facts. You knew when you tried it that this was what it took to get in. “

To that end, Whan said he could make recommendations, but ultimately believed the players would have to make the call.

Heather Daly-Donofrio, chief tour operations officer, said the Hall of Fame committee will meet again sometime after the 2021 season to continue its review. This is the committee that would nominate a player. In order for a candidate from the committee to be admitted to the room, 75 percent of the LPGA members must vote her.

Earlier this year, the International Tennis Hall of Fame formed its first group with the “Original 9”, 50 years after nine women took a stand against inequality and signed $ 1 deals that changed the face of tennis and the way for it WTA tour paved.

Three of the women, including Billie Jean King, were already in the hall and were the first to be inducted twice.

The LPGA should consider something similar for its 13 founders next year. Spork and Hagge, the only two living founders, were able to accept on behalf of the group. Patty Berg, Betty Jameson, Louise Suggs, Babe Zaharias and Hagge are the five founders who are already in the LPGA Hall of Fame.

Perhaps the newly named Chevron Championship in Rancho Mirage, California would be a good place to celebrate, as the two founders live near the desert. The 2022 Chevron should be a Who’s Who of all sizes next year as it completes 51 years on the Dinah Shore Tournament Course.

Then put Ochoa in the hall too, along with Davies, and make it a great proposition. Why should it matter that the legendary Englishwoman is not retired?

“We want you to be able to have everything,” said Rankin. “You can be any woman or girl and still strive to be one of the best players in the world. Many people did a lot of good for the LPGA tour and didn’t spend their lives there. “

It is time to do the right thing.

In pictures: A look back at the incredible career of Annika Sorenstam