LPGA stars come out ‘fore’ a worthy cause 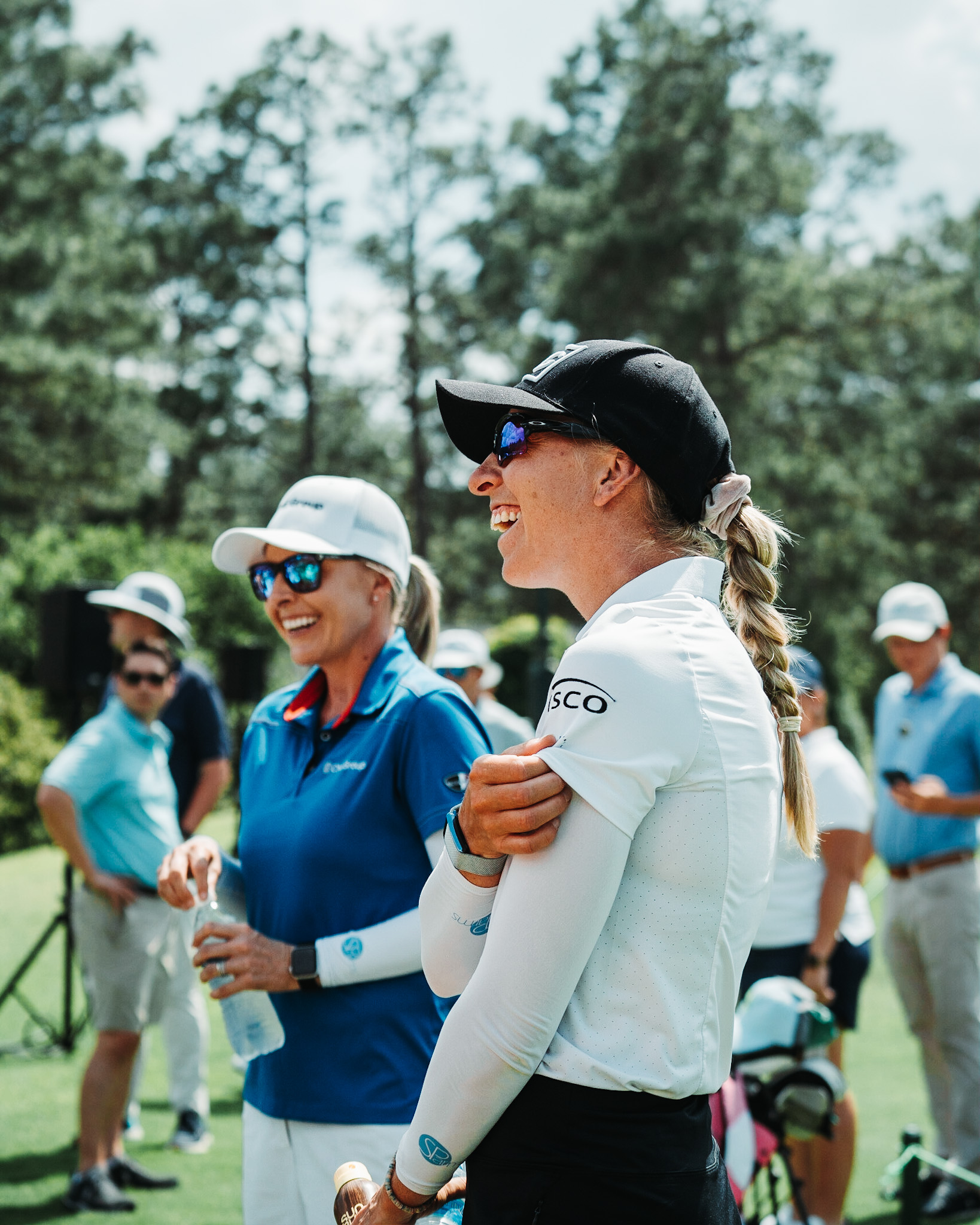 PINEHURST — Four current professional athletes, a hall of famer and a surprise special guest spent some time raising money for a good cause on Wednesday afternoon prior to the first official day of the 2022 U.S. Women’s Open.

Golf Fore Africa, founded in 2007 by LPGA legend Betsy King, held a fundraiser at the Country Club of North Carolina in Pinehurst for local members to support its mission: “To bring hope and change to children and families living in extreme poverty in Africa by empowering the golf community to support transformational programs that holistically enhance the families we serve.”

Several LPGA tour pros — including Sarah Kemp, Sophia Popov, Angella Stanford and Ally Ewing — stopped by to conduct a golf clinic for the patrons and spend some time answering questions about their game and also do some fun facts and trivia as well.

The pros seemed at ease with the laid back atmosphere and their personalities and sense of humour showed throughout the afternoon as they smiled and laughed with patrons as well as joking with each other in between hitting shots and answering questions.

King, a hall of famer who turned pro in 1977 and played through the early 2000s,served as the event’s emcee. Now retired from competitive golf, she entertained the crowd with her humor and asked pointed and relevant questions to the pros to assist with golf improvement of the patrons present.

A special surprise for the event was the presence of 9-year-old Autumn Solesbee from Denver, North Carolina. She was invited as a special guest after winning the 7-9-year-old girls division of the Drive, Chip and Putt competition held at Augusta National Golf Club in Georgia this past April.

Solesbee was introduced to golf back in 2019 at a TopGolf location and immediately grew an attraction to the game. Watching the Netflix documentary “The Short Game” only added to the fascination and she was off from there

Partway through the clinic and after being introduced to the crowd, Solesbee cooly stepped up from the crowd to hit a few drives and answer a question or two while the pros turned to watch.

“Piped it,” Popov exclaimed after Solesbee hit her first drive.

Kenall Dye, director of Golf Fore Africa, spent some time with us to answer a few questions about the event.

What is the focus of your charity?

“We are closely tied with World VIsion International in their goal to provide every person on the planet with clean water available to them by 2030 … Currently we are focused on helping Zambia, Africa, reach that goal and we hope to have funding and water access in line by 2025.”

Did you have a goal for fundraising this week and did you meet your goal?

“Our goal was to net over $50,000 and we are quite confident at this moment that we were able to clear that goal.”

What will the money raised this week be used for?

“The cost to build a well in Zambia is $15,000 and with the funds raised we can additionally add in a mechanised pumping system powered entirely by solar which can provide clean water to thousands of people in a large area.”

How did the professional golfers get connected with your charity and event this week?

“Personal connections primarily. Being a former pro myself and with Betsy King being the founder, we have a lot of connections in the golf world. I reached out to the players personally and they agreed to come support the cause.”

How did you guys settle on CCNC for location?

“Our presenting sponsors were members of CCNC. We have a lot of support that comes out of the Pinehurst area.”

How can people find you guys and donate?

”We’ll take it any way people would like to donate.The easiest way to donate right now is through our website using the “Donate Now” button found in the top right corner.”

For more information on Golf Fore Africa or how to get involved with its mission to provide clean water to the world by 2030, visit golfforeafrica.org.

← The Upshot: DDO Preview, Inside The Circle [Pres. by Pound Disc Golf] Golf Apparel Market Size 2022 Booming Across the Globe by Share, Growth Size, Scope, Key Segments and Forecast to 2029 – Industrial IT →