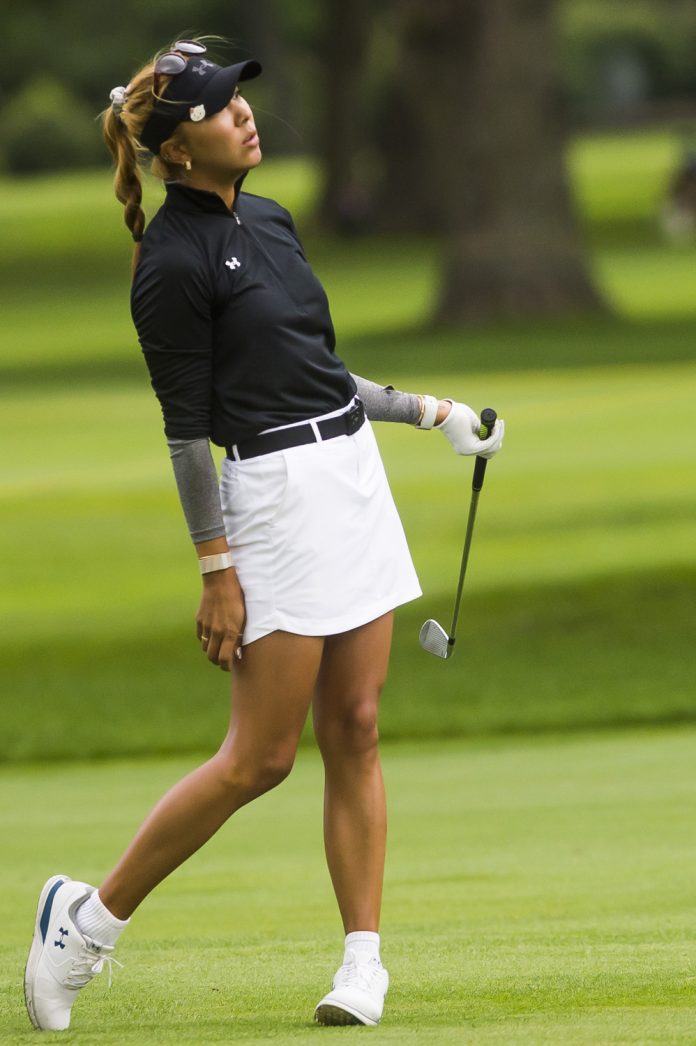 Both Alison Lee and Lindsey Weaver had to take part in the qualification program of the LPGA Tour in 2019 – commonly referred to as “Q-School”.

At that point, both felt that their dream of professional golf was coming to an end.

However, Weaver said talking to her mother was the difference between deciding to try golf again and starting a career in finance – which she studied at the University of Arizona. It turned out that a mother’s intuition was correct.

“Go to Q-School and try again,” said Weaver, her mother telling her. “I said I don’t even want to go to Q school because I just finished. I was just over it. I finished fourth and got my card back, so I said to myself, ‘OK, I … I guess I’ll try again ‘and had a pretty good year last year. My mother deserves what she does. “

Lee, on the other hand, competed for Team USA at the 2015 Solheim Cup and was one of the top players on the LPGA Tour – he achieved 11 top 10 placements between 2015-16 and came second once in 2016. Lee began to fall off easily and was forced to play on the Symetra Tour – much like the Great Lakes Loons are (in some ways) related to the Los Angeles Dodgers.

Working through the ups and downs of her career, Lee started the season on the Symetra Tour, where she finished a top five in the IOA Championship earlier this year.

The UCLA grad then worked her way back to the LPGA tour in April and played well at the Midland Country Club this week ahead of the Dow Great Lakes Bay Invitational. Lee was in the top 30 and only missed one cut at nine events on the LPGA Tour.

The friends of the Pacific 12 Conference used their long-standing friendship to fight their way into the competition at the Dow GLBI with a 7-under-par 63 Thursday.

That friendship is deep – Lee will be the bridesmaid at Weaver’s wedding in November – and it doesn’t feel like it did yesterday for either Lee or Weaver when they met at a tournament in Las Vegas, Nevada, about 14 years ago.

From their first meeting until Thursday’s round, Lee and Weaver built a friendship that carried over to the golf course – especially in the team format of the GLBI.

“The mental aspect of golf is so important, and when you have someone right next to you, a playing partner who you are super comfortable with and who you’ve basically played golf with all your life, and we’ve played golf, since we were very young, “Lee said.” We are just very comfortable and it gives us a certain amount of confidence on the course because I trust her, I think she trusts me, it just brings this great chemistry. “

“It really helps the mood and the team dynamics,” said Weaver. “Of course we’re so close and know each other so well. She’s at my wedding and we’ve been very close for a long time. It’s just fun. “

The whole week comparisons were made between the GLBI and the Solheim Cup – the mood of the tournament is different because it is not an international competition and the cup is a match play event, while the GLBI is a stroke play event.

Lee said there is no tournament like the GLBI. Ever since Lee played for the Bruins and Weaver for the Wildcats, the feeling of playing as a team has not been felt in a professional environment. Both represented the United States in the 2011 Junior Solheim Cup before playing collegially.

“A lot of players just come (to the GLBI) because it’s such a good time, and it’s very rare to play golf on a team because it’s an individual sport,” said Lee. “Both (Weaver) and I went to college and experienced that in college, so it’s kind of nice to be able to get out of here and not have to carry your whole lap on your back and you only have one partner to help you You.”

While Lee and Weaver were fighting on tour, the two got together and found interesting and fun things to do in any city they were in. For Lee and Weaver, it was a way to get away from the golf course and find a way to have a good time – which added to their friendship. Weaver said Lee was great at finding fun things in a short amount of time.

“We had each other to lean on and support because we both knew what the other was going through,” said Weaver. “We always did something fun on the weekend just to distract ourselves from the tough year we had, especially me. I had a very tough year.”

“It was just more like having each other and having this escape from the golf course rather than just being so depressed on the weekends when we were making cuts,” Lee said. “We had each other’s company, made each other laugh, did funny things and just got away from golf.”

Amid the fighting, both Weaver and Lee found a way to find happiness away from golf and fellow tour members. Both have been sororities at their respective universities and can turn to their homeland friends to completely escape the golf grind and put the mind in a positive state.

Learning how to overcome these struggles and stay positive has helped Lee and Weaver find their way back to the top of a leaderboard – together.

“Life is so much more than my score on the golf course,” said Lee. “I always thought golf defined me and I thought people would only care about me or like me if I played well it really showed me that there is so much more to life than just going to a new golf course every week to go. “

“They have no idea about golf or how we played. They don’t care,” said Weaver with a laugh. “It’s so important to have something so that you can just find your own happiness outside of golf and just have something that isn’t always that difficult.”