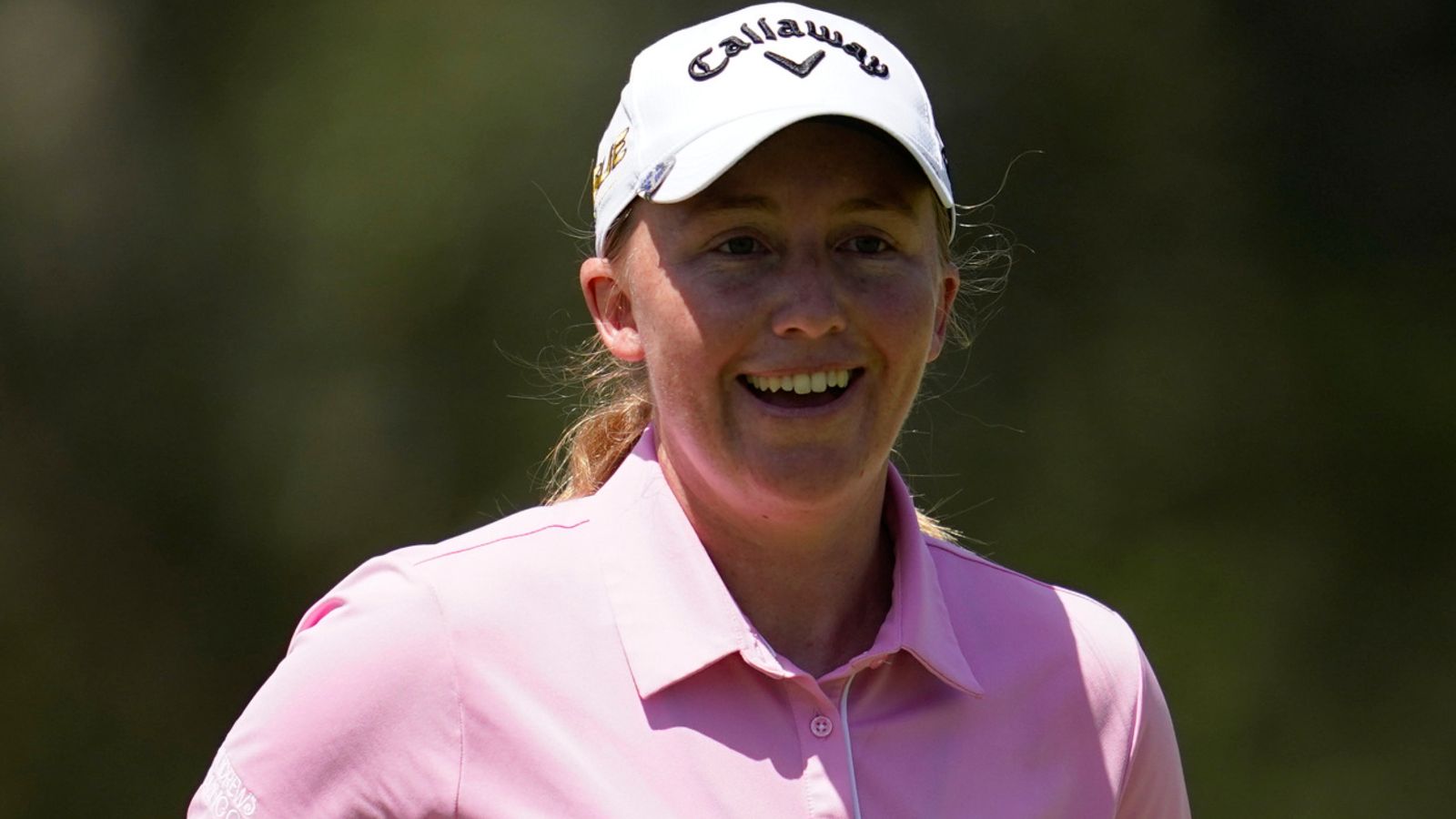 Dementia Action Week – the longest-running awareness campaign in the UK  – takes place from May 16-22, with Dryburgh and several of her LPGA Tour colleagues making pledges to the Alzheimer’s Society’s during the Cognizant Founders Cup in New Jersey last week

Contents show
1 Dementia Action Week – the longest-running awareness campaign in the UK – takes place from May 16-22, with Dryburgh and several of her LPGA Tour colleagues making pledges to the Alzheimer’s Society’s during the Cognizant Founders Cup in New Jersey last week
1.1 By Josh Gorton and Michael Cantillon
1.2 Live LPGA Tour Golf

By Josh Gorton and Michael Cantillon

Gemma Dryburgh has enjoyed a strong start to the season on the LPGA Tour, with the Scot having extra motivation to impress at last week’s Cognizant Founders Cup.

Dryburgh pledged to donate £20 to the Alzheimer’s Society for every birdie she made across the week at Upper Montclair Country Club, with fellow players Charlotte Thomas, Caroline Inglis, Lauren Kim and Holly Clyburn also supporting her campaign.

The Aberdeen-born golfer became involved with the charity after her Grandma was diagnosed with dementia in February 2020, with the cause incredibly close to her heart.

“They played a big role, her and my Grandpa,” Dryburgh revealed. “Grandpa passed away in 2019, but they were always a big part of my golfing career, and my sporting career as well. I didn’t have much of a career in football, but I played it for a while and they always came to my games, and then with golf as well, they were always there supporting.

“They were always intrigued to see where I was going next on my travels, and I always called on the road and updated them on how I was doing. Alzheimer’s and Dementia is obviously very personal to me with Grandma going through it at the moment. Dryburgh regularly competes on the LPGA Tour, with her best finish so far in 2022 being a share of 21st

Alzheimer’s Society’s Dementia Action Week – the longest-running awareness campaign in the UK – takes place from May 16-22, and Dryburgh has an important message for those impacted by the disease.

“Mainly it’s about getting the word out about a timely diagnosis,” she added. “It’s about helping people to get to their GP and getting that diagnosis as early as possible. I think for us, that would have been huge. Just having that support earlier on in terms of Grandma’s journey with Dementia.

“We were seeing symptoms for a good two years before we actually got the diagnosis, and it would have been great to get all that help and support from Alzheimer’s Society earlier on. It would have been amazing, because obviously she was in a better place then, and then deteriorated over those two years.

“I think it’s just about putting the word out, and hopefully my story will help people to know that there is support out there. If you see symptoms, you can get help and support for it. That’s the main thing, and that you’re not alone.”

On the course, Dryburgh admits she is dreaming of a place at next year’s Solheim Cup after sealing US Open qualification for the first time in her career earlier this month.

Please use Chrome browser for a more accessible video player

A look back at the best of the action from a thrilling final day at the 2021 Solheim Cup, where Team Europe made it back-to-back victories against Team USA.

A look back at the best of the action from a thrilling final day at the 2021 Solheim Cup, where Team Europe made it back-to-back victories against Team USA.

“It’s the best season I’ve had so far,” Dryburgh said. “I’ve had a few good results, and also sometimes been at the top of the leaderboard during the week. I haven’t quite got that top-10 yet, but I feel like I’m very close to it, and I’ve been showing signs of some really good golf.

“A goal of mine is to win. Last year I was very close, I was tied first on the final round after eight holes so it’s definitely close, and I feel like hopefully I can get over the line.

“Just putting myself in those positions more often will give me the confidence to get it over the line, and definitely one of my goals this year is to win an event because I’ve obviously never done it, so it would be massive for me.

“It [Solheim Cup] is definitely on my radar. Hopefully I can continue the form I’m showing at the moment and get on Suzann Pettersen’s radar. Ever since I was young I’ve watched the Solheim Cup, and it’s always been a goal of mine to be on that team.”

This Dementia Action Week, Alzheimer’s Society is urging anyone worried about themselves or someone they love to take the first step and contact the charity for support. Support and more information about a diagnosis is just a phone call or a click away. Visit alzheimers.org.uk/memoryloss or call 0333 150 3456.