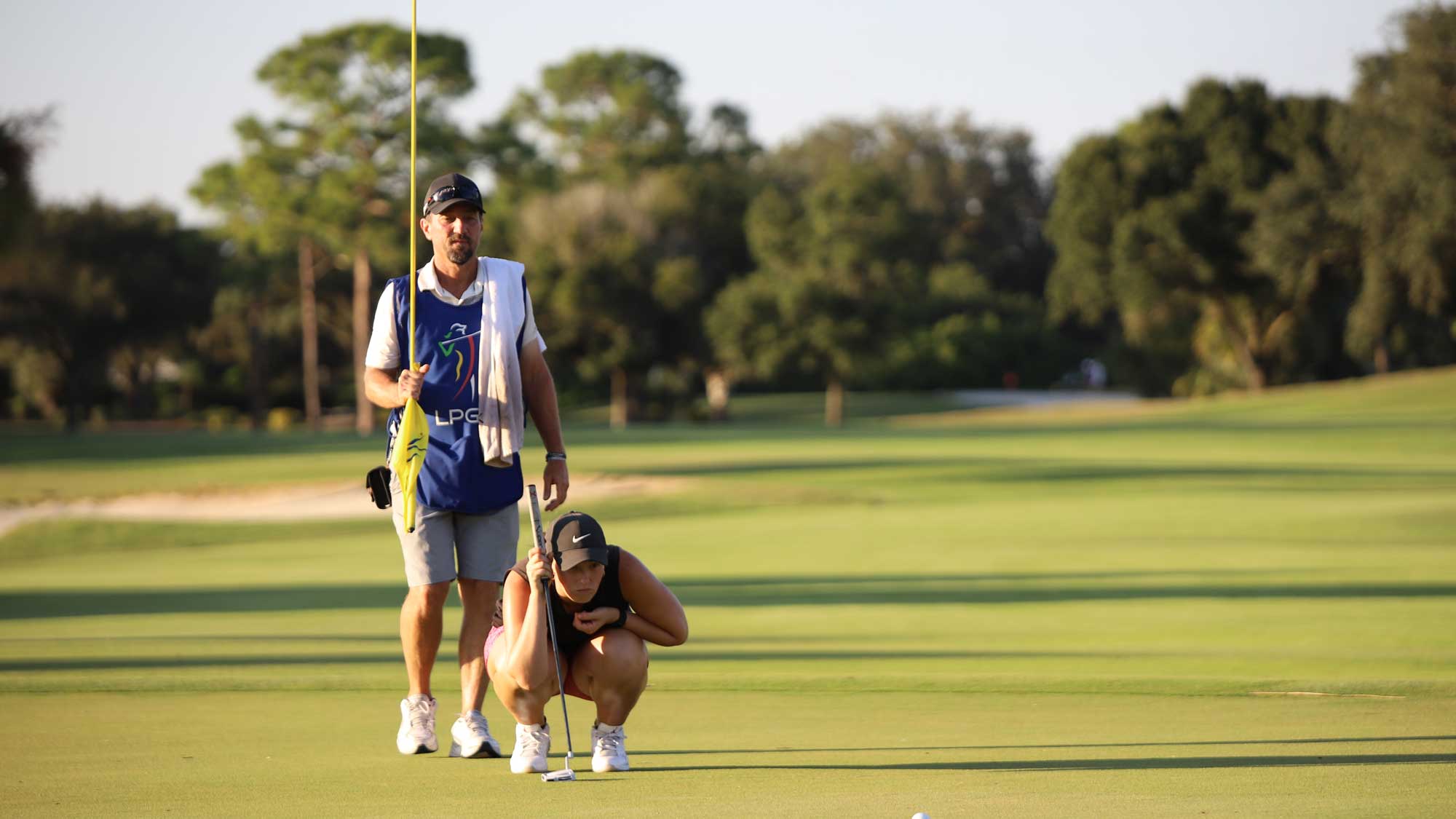 Maddi Caldwell-Young (Milton, Georgia) may be an unknown name at the top of the LPGA Qualifying Tournament Stage II leaderboard after a 6-under 66 in round two. But on Sunday it has the potential to be unforgettable. The former Kennesaw State Owl left college a semester early to prepare for professional golf, and with a wrist injury and pandemic limiting her competitiveness, Caldwell-Young joined Plantation Golf & Country Club after failing for the past two years played a lot of golf. The 24-year-old fought her way into the field this week in Stage I and played in, even though she was infected with COVID-19 a few weeks before the event. Also, the resources to support her career were lacking, so Caldwell-Young had to get creative to prepare for this level of competition.

“With COVID and I had a wrist injury, I haven’t played a lot in the past two years, so I feel like I’m just now at my peak,” she said. “I actually had COVID just before Phase I, so I haven’t practiced a lot. I played just well enough to really get through. I mean, I tied about 60 so it wasn’t that bad. I didn’t play a lot. I don’t have a lot of money to play with so I just played what I could. I’ve played some LPGA Monday (qualifiers) and a US Open qualifier, just trying to stay local, but it really is. “

Another member of the Caldwell family may relate to the grind of professional golf. Brother Zach made it through the second leg of the Korn Ferry Tour Q-School this week – he missed the final leg by four strokes – and the camaraderie the two share in pursuing their dream together is something Maddi is grateful for is.

“I learned so much from him,” said Caldwell-Young. “He started three or four years before me, and we practice as much as we can when we’re both in town. It’s a fun little rivalry we have so it’s good. It was a lot of fun practicing with him. “

She also has her husband Tyler in Venice who cheers her on even though he’s a little nervous, Nelly, who watches his wife play golf. The two married last October and will celebrate their first wedding anniversary this Sunday the 24th, a fitting end to a career-defining week for Caldwell-Young.

“He has to do podcasts just so he can stay calm and hear things other than golf,” she said. “He was actually a lot quieter than Phase I this week, so that’s good. It would be a nice present for him (if I go ahead), right? I didn’t get anything for him. “

With that celebration and a place in the Q-Series in mind, Caldwell-Young looks to the weekend and continues to learn more about herself and her game and realize how good a player she can be.

“As much as I try to develop and develop my game, I feel like I am just starting to find out how good I can be and I want to be the best I can,” she said. “As much as I play conservatively, I play aggressively conservatively. I want to go out and do what I can when I can. I will keep doing what I am doing. I won’t focus on where I am right now. I’ll just concentrate on each shot when it comes. “