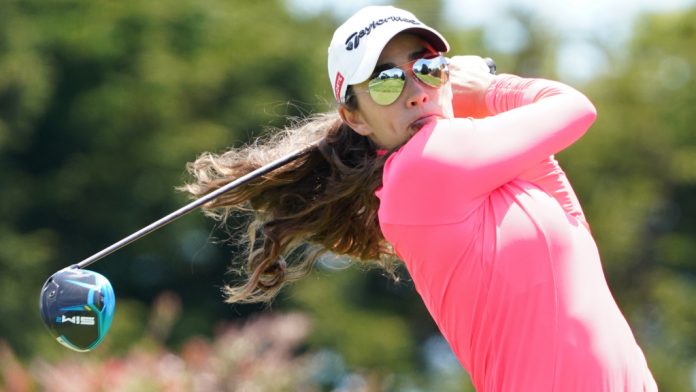 Maria Fassi and Gabi Ruffels have received sponsor invitations to the KPMG Women’s PGA next week.

Fassi missed several weeks of the competition after undergoing surgery to repair a tear in her left knee in April last year. She returned to the LPGA Mediheal last week, where she missed the cut.

“I actually wrote an email and a letter to Shawn Quill asking for an invitation,” said Fassi. “I mean, I was talking to Suzy Whaley like she could do something. I spoke to Stacy (Lewis) as she is sponsored by KPMG if she could say something.

“So I talked to everyone to see if they could somehow help get a good word for me and I could get the deliverance. Stacy actually texted me and she said, ‘Hey, you should expect a good call soon.’ And within an hour or so I got an email and couldn’t stop glowing for the rest of the afternoon. “

Fassi said she played with a friend at the Atlanta Athletic Club in April and loved the course. The former Arkansas star had extra time to work on her short game as she recovered from surgery and expects that extra focus to pay off soon.

Ruffels, the 2019 US amateur champion, made her professional debut at Gainbridge LPGA in February and is attending the Meijer LPGA Classic in Grand Rapids, Michigan this week. The former USC standout has achieved three top 20 finishes at major championships in the past two years: 2020 ANA, T-15; 2020 US Women’s Open, T-13; 2021 ANA, T-19.

“I’m excited,” said Ruffels. “I’ve never played for KPMG before. I’m pretty sure I played in all of the other majors as an amateur in 2020, so I’ve never played this one. I’m really looking forward to it. “

Ruffels left college without any tour status. She was able to earn her LPGA card and avoid Q-School by either winning an LPGA event or making the equivalent of the top 40 on the scoreboard by the end of the season.