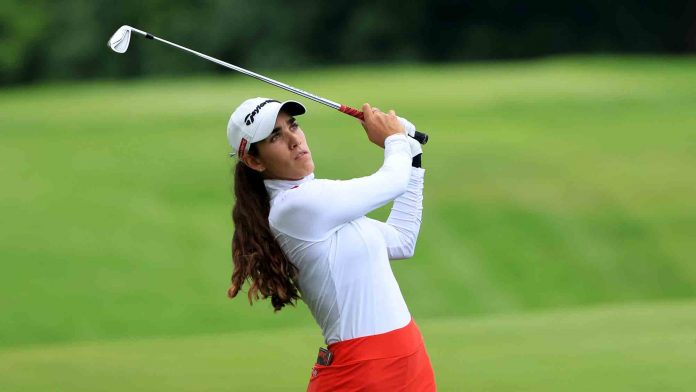 2021 was a year of struggle for Maria Fassi. The 23-year-old Mexican arrives at the Dow Great Lakes Bay Invitational last week, where she worked with her alumna Stacy Lewis from Arkansas, after a season record in 12th place for the Amundi Evian Championship. Apart from that, Fassi’s 50th place at the HUGEL-AIR PREMIA LA Open in April was her only other made cut of the year, as she missed the weekend in 10 tournaments.

Fassi was even off for six weeks after knee surgery but feels that her game is finally getting into shape when she comes to Evian-les-Bains and one of her favorite courses of the year.

“I’ve already had a couple of good days of training and I’m looking forward to the Pro-Am and just the start of the week,” said Fassi on Tuesday. “I think it’s a good golf course and it fits my eye from the tee. So just, yes, happy to get started and hopefully a good week for us. “

Fassi absolutely beamed when asked about her partnership with Lewis last week. Fassi said she had “learned so much from” her, loved walking for a week with one of her mentors and delving deep into what made Lewis such a famous LPGA Tour champion and a leading voice in women’s athletics Has.

“I think I grew up a lot. I mean, as a person, as a golfer. It was pretty cool to see how she plays the game, why she does certain things, ”said Fassi. “I’ve asked her a million questions about what she’s doing in the practice rounds, what she’s looking for, why she hits some of her strokes, or why she plays the way she plays.

“And when I listen to the reasons for ever asking and seeing the results she’s got, I find it very useful, but I think I can relate to it and make it my own.”