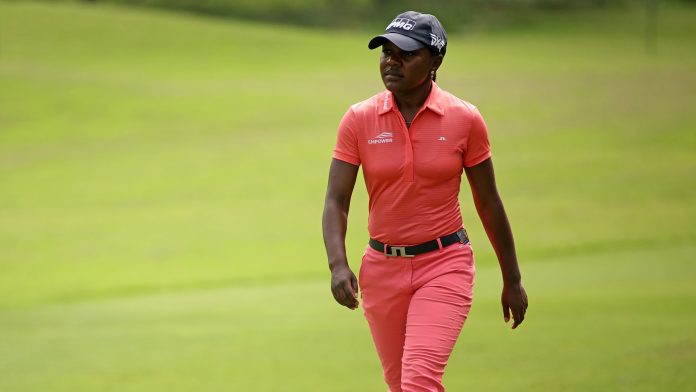 JOHNS CREEK, Georgia – Mariah Stackhouse met her idol Renee Powell after her final round at the KPMG Women’s PGA Championship on Sunday.

Powell was the second black woman to ever play the LPGA and is currently the Head Pro at her family’s Clearview Golf Club in East Canton, Ohio. Clearview is the first golf course in the United States to be built, owned, and operated by an African American.

“For kids, for minorities in sports, it’s one of my greatest inspirations, and I always say that,” Stackhouse said on Wednesday before the Women’s PGA. “I acknowledge everything she has endured during her time at LPGA to make my experience so much better and easier than it would have been for her.”

When Powell was a rookie on the LPGA, she received death threats from people who did not want to see a Black woman playing golf and was often denied entry to official tournament hotels.

“I’d met Mariah’s mom before, but I’d never met Mariah and the videos Mariah made were so impressive,” Powell said, referring to Stackhouse’s #DriveOn story.

“Her sense of everything came out and the words she used,” Powell continued. “To see her, I felt I already knew her, but I was able to hug her and also thank her for what she’s doing to keep things moving.

She started in the last group at the ShopRite LPGA Classic 2019 before completing a career best with T-5. Stackhouse shot 2 under 70 in the Women’s PGA finals.