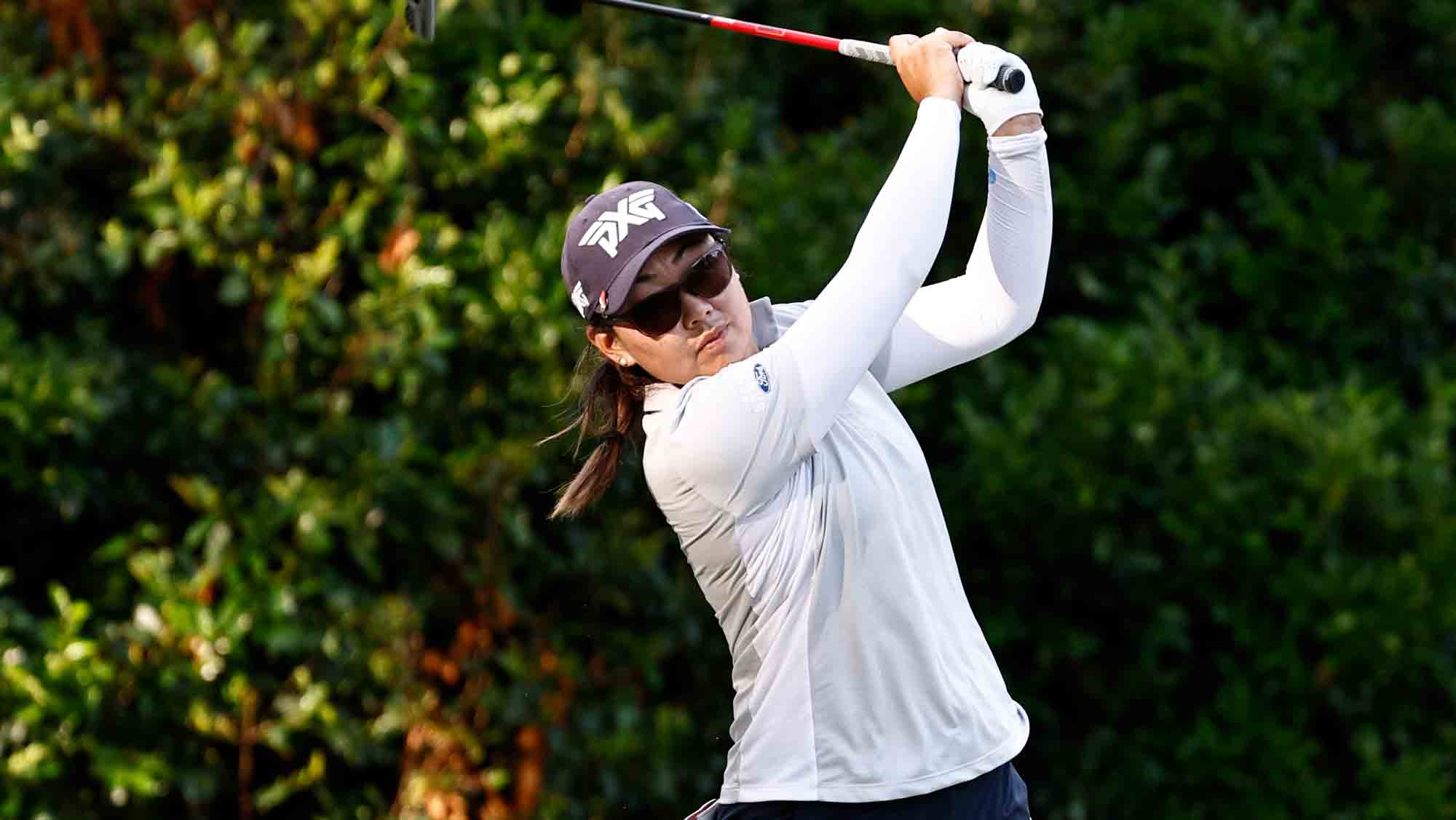 On a sunny and blisteringly hot day at Pine Needles Lodge and Golf Club, Mina Harigae rose to the top of the leaderboard at the 2022 U.S. Women’s Open presented by ProMedica. The 13-year LPGA Tour veteran, winless in more than 250 career starts, carded the lowest round of her major career on Thursday, a 7-under 64 that featured nine birdies and puts her at the head of the field.

“I was putting really well out there today. I haven’t had any tournaments or rounds so far this year where I was putting confidently, so today was the first day,” said Harigae, who hit all 14 fairways on Thursday and needed just 24 putts, the fewest of the field. “Right off the get-go, No. 1 and 2, I made gettable putts. You know, 7 to 10 feet. That really got my confidence going.”

Harigae is already a USGA champion, taking the 2007 U.S. Women’s Amateur Public Links title just one week before she played the 2007 U.S. Women’s Open at Pine Needles. She doesn’t remember much of that week in Southern Pines, where she ultimately finished T66, last among those who made the cut. Fast forward 15 years and Harigae will use some savvy veteran knowledge to her advantage as she heads into Friday’s second round.

“Just being appreciative of where I am, really taking in the moment, but at the same time, not trying to put so much precedent on how big the moment is,” said Harigae, who has never held the lead after the first round in her LPGA Tour career. “It’s another day on the golf course, another hole. You just have to execute the shots and putts out there.”

Swedish amateur Ingrid Lindblad captured hearts on Thursday morning with a 6-under 65, setting a championship scoring record for the low 18 holes by an amateur en route to solo second. “I hit a few shots close to the pin, and then my putting was great today,” said Lindblad, a rising senior at Louisiana State University. “Made a few par saves and made a few putts for birdies. It just worked from fairway to green.”

Ryann O’Toole opened with a 4-under 67 on Thursday, the lowest round of her 10 U.S. Women’s Open appearances. She sits tied for third with major champions Minjee Lee and Anna Nordqvist, giving O’Toole her best U.S. Women’s Open start since she tied for second after the opening round in 2011.

“I definitely feel like my putting was on today,” said O’Toole, who ultimately finished ninth in 2011. “I made some really good putts, some saves, some long ones, so that was nice to have for a change. I feel like I can always count on my iron game, so it was nice to see that the putter really showed up. I think going into tomorrow, just take it as it comes.”

Rolex Women’s World Golf Rankings No. 1 Jin Young Ko is one of 10 players tied for eighth at -2, a group that includes 2017 U.S. Women’s Open champion Sung Hyun Park and American Amy Olson, who joined Ko as U.S. Women’s Open co-runners-up in 2020. Rolex Rankings No. 2 Nelly Korda, playing in her first event since undergoing surgery for a blood clot in early March, rejoined the LPGA Tour with a 1-under 70 and is tied for 18th after the first round.

Three-time U.S. Women’s Open champion Annika Sorenstam, making her first major appearance since 2008, carded a 3-over 74 on Thursday and is tied for 86th. Sorenstam earned a spot in the field after winning the 2021 U.S. Senior Women’s Open and while today’s round was not as spectacular as when she was in her prime, the luster of major golf still made for a memorable day.

“What a nice warming welcome here at Pinehurst, Pine Needles. It was nice to see Donna (Andrews). I played against Donna, so it was great to have her as the announcer, the starter,” said Sorenstam, who won the 1996 U.S. Women’s Open at Pine Needles. “I was teeing off first, and she said, one more minute. It was probably one of the longest minutes ever. I was like, I’m ready now.”