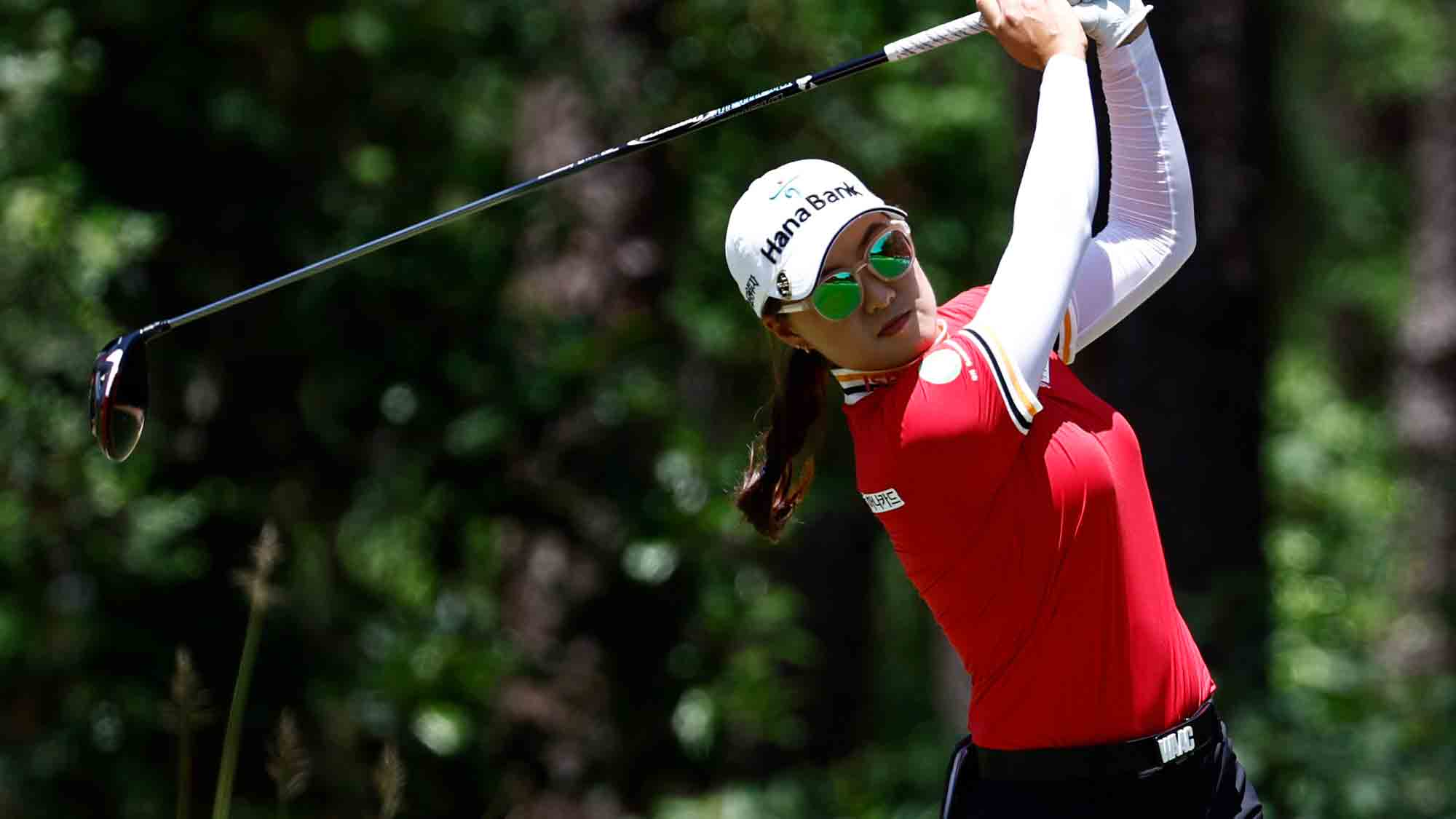 On a spectacular day at North Carolina’s Pine Needles Lodge and Golf Club, it was Australian Minjee Lee who rose to the challenge. With a 4-under 67 on Saturday’s Moving Day, the 26-year-old Australian set the U.S. Women’s Open 54-hole scoring record at 13-under 200, breaking the previous mark of 201 set by Juli Inkster in 1999. Lee will take a three-stroke lead over California’s Mina Harigae into the final round of the season’s second major championship.

After a quiet opening eight holes, Lee turned on the jets as she turned her attention to the back nine. She reeled off four consecutive birdies, starting with 11-footers at holes 9 and 10. At the par-4 11th, she put her approach to 7 feet and rolled in the birdie, and then capped the streak with a 12-footer at No. 12.

“When I was on the run of birdies, I wasn’t too nervous. I think coming down the stretch a little bit more, just with more people maybe, just a little bit more pressure,” said Lee, who won three weeks ago at the Cognizant Founders Cup. “I’m pretty calm. My personality is pretty calm anyway. I don’t think I get too high or too low. I think that’s a strength of mine.”

Lee is now 18 holes away from joining her childhood idol and countrywoman Karrie Webb as U.S. Women’s Open champions at Pine Needles. Lee said she has already heard from Webb, who sent her a typical patriotic sentiment. “She texted me yesterday actually,” she said with a laugh. “She said, keep it going, let’s go Aussie.”

Playing alongside Lee in the final group, it was actually Harigae who had the stronger opening stretch. She made the turn at -2 on the day, sitting at -11 and one stroke clear of Lee. But back-to-back bogeys at 11 and 12, combined with Lee’s torrid birdie streak, dropped the 12-year LPGA Tour veteran to four shots off the pace.

“I was a little nervous in the beginning, but I was able to hit some good shots. My middle was pretty good,” said Harigae, looking for her first win in her 256th start on the LPGA tour. “Hit (some) little squirrelly shots, but then I made a good birdie on 16. I think overall I’m just happy with the way I was able to hang in there.”

Bronte Law of England surged into solo third at -7, six shots behind Lee and three short of Harigae. Former Rolex Rankings No. 1 Lydia Ko shot the round of the day with a 5-under 66 on Saturday. She is one of seven players tied for fourth at -6, a group that includes current World No. 1 Jin Young Ko, three-time major champion Anna Nordqvist and Swedish amateur Ingrid