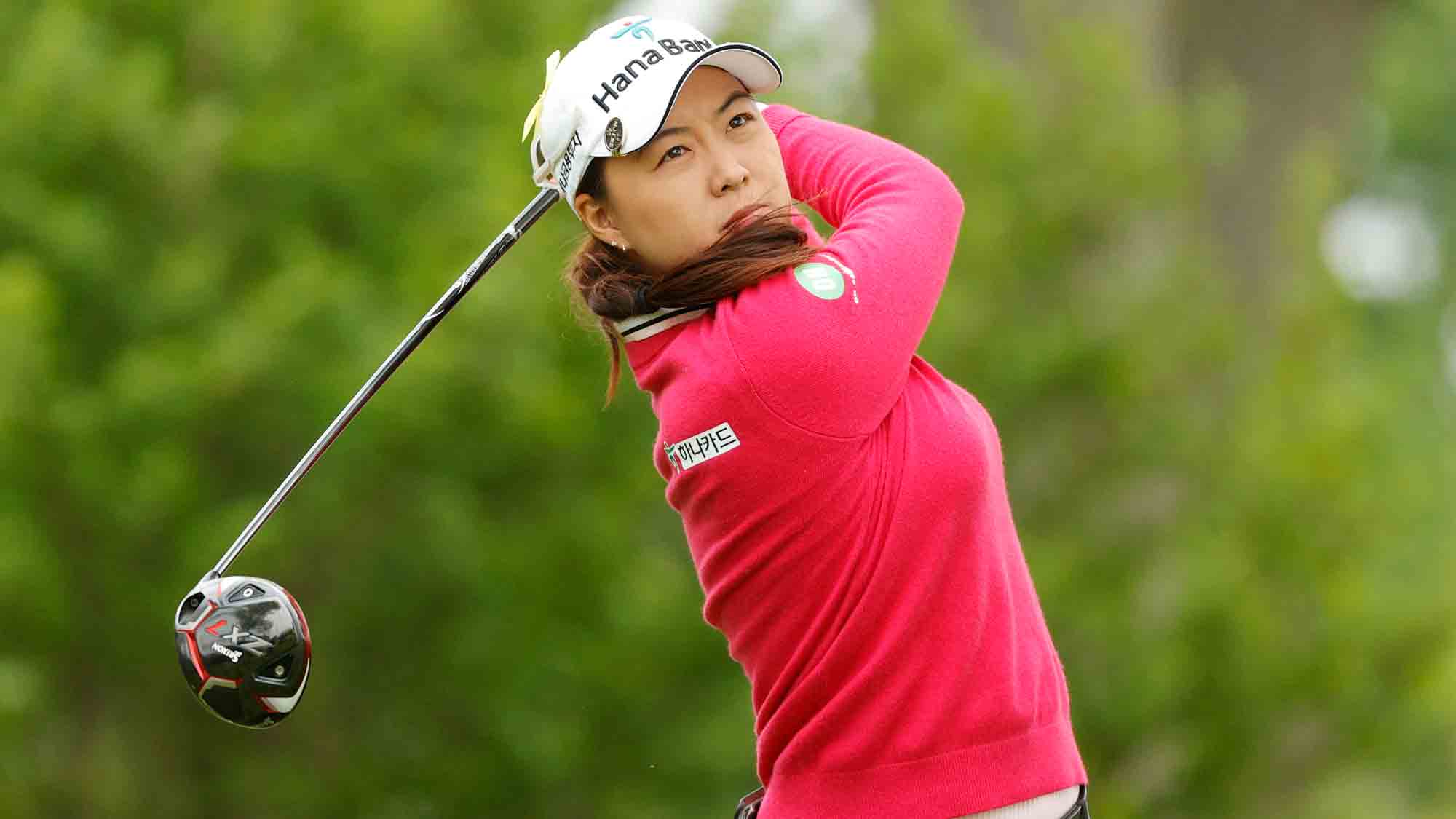 CLIFTON, NEW JERSEY | When you look at the numbers, it’s hard to believe she hasn’t won yet this season. It just goes to show how deep and talented the fields are every week on the LPGA Tour. But given how Minjee Lee is playing, it’s just a matter of time. And as the 25-year-old major champion put it on Friday afternoon at the Cognizant Founders Cup: “Maybe this will be the first one and it’ll kickstart the rest of the year.”

She is certainly off to a blazing start. After an opening 67 on Thursday, Lee went out in the misty morning wave on Friday and birdied four of her first six holes. Then on the back nine she went on a tear, starting her outward half with five birdies and an eagle between nos. 10 and 15. Standing on the 16th tee, she needed to birdie out to shoot 59, a fact that she didn’t know until a reporter told her after the round. Lee raised her eyebrows and said, “I didn’t know, but now that you say it, maybe I could have, but not today.” Instead she bogeyed the difficult 16th and parred in for a 63 to reach 14-under at the halfway mark, a number no one would have predicted earlier in the week at Upper Montclair Country Club.

With two holes to play Golf Channel’s Jerry Foltz said of Lee, “Is she playing a different golf course?”

No, but she seems to be playing a different game, and has been for much of the year. Lee might not have won, yet, but in six starts she has a runner-up finish, a tie for third, two 12th–place finishes, a 13th, and one off-week where she finished T23. And the 63 she posted in New Jersey is the second such number in as many starts, the last one coming in the opening round of the Palos Verdes Championship.

Her stats are even more impressive. Heading into the Cognizant Founders Cup, Lee leads the LPGA Tour in scoring average at 69.17. She is third in rounds under par and fourth in rounds in the 60s. She ranks seventh in greens hit in regulation and 10th in putts per green hit in regulation. Those last two numbers make her winless 2022 even more of a curiosity.

Looking at overall ball-striking, Lee leads the LPGA Tour with 3.44 strokes gained tee to green. Scheffler is at 3.8.

But when you look at how close Minjee hits it from all distances, the separation becomes eye-popping. For example, from 100 to 125 yards, Lee, on average, hits it to 14 feet, 7 inches. That leads the LPGA Tour by a substantial sum. But going back to our Scheffler comparison, Scottie averages 17 feet from that distance.

From 125 to 150 yards, Minjee hits it to 16 feet, four inches on average, again No.1 on Tour. Scottie hits it to an average of 21 feet from those same distances.

Okay, you might say, but as the distances expand and the length disparity widens, those numbers are bound to flip. PGA TOUR players hit pitching wedges 150 yards and can fly a 7-iron north of 200. LPGA Tour players are hitting 7- or 8-irons from 150 (unless you are Lexi Thompson or longer). The proximity numbers have to be different. You always hit pitching wedge closer than someone hitting 8-iron, right?

From 150 to 175 yards, Minjee Lee again leads the LPGA Tour hitting it an average of 18 feet from the hole. Scottie Scheffler averages 25 feet from the same distances.

The next block – 175 to 200 yards – is where many LPGA Tour players start pulling off headcovers. It’s not unusual to see players hit hybrids from 180 or 190 depending on what’s in their bags. Still, Minjee leads the LPGA Tour, averaging 20 feet from that distance, a full 10 feet closer to Scottie Scheffler, who hits it to an average of 30 feet from the hole from 175 to 200 yards.

Proximity from outside 200 yards is more difficult to calculate but still impressive. The PGA Tour doesn’t break out approach distances of that length. But Scheffler hits it to 51 feet, 2 inches from all approaches outside 200 yards. Minjee, again first on the LPGA Tour, averages to 29 feet, one inch from 200 to 225 yards and to 43 feet from 225 to 250.

Scheffler has four wins including the Masters and a World Golf Championships victory this season. Lee enters the weekend at the Cognizant Founders Cup with the lead looking for her first win since the Amundi Evian Championship last July.

“I think just over the years I’ve got a lot more confidence in my iron play,” Lee said after the Friday 63. “I mean, I’m really dialed in. That has always been my strength, my iron play, so I think that in that aspect I was pretty confident before. I’ve been trying to work on my putting a little bit. I know the numbers dropped a little bit there, so I have a little bit more work to do. But it’s been going pretty good this week.”