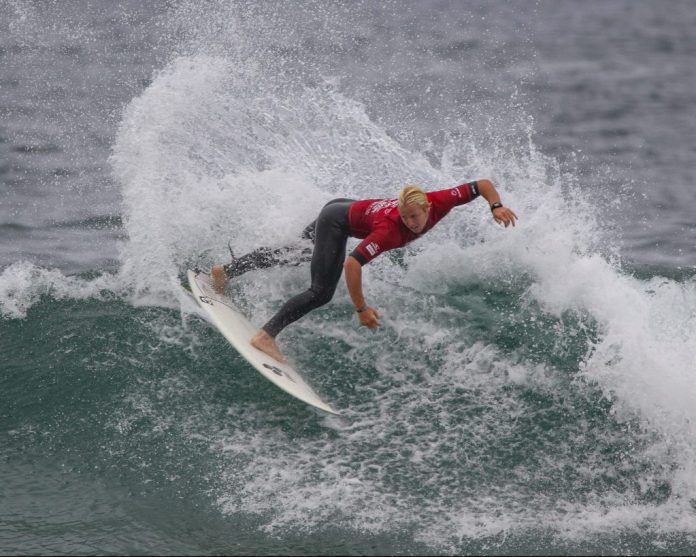 Nat Young from Santa Cruz won the Jack’s Surfboards Pro of the World Surf League, a qualifier of the 1,000 series, in Huntington Beach on Sunday.

“It’s so great to come here and win this,” Young told wsl.com. “That was definitely my goal, so I’m happy.”
Nat Young (left) of Santa Cruz and Caitlin Simmers of Oceanside battled it out for big wins for their respective podiums in Huntington Beach on Sunday in the Jack’s Surfboards Pro of the World Surf League, a 1,000 series event. (Nichols – WSL)

It was an emotional year for Young, whose mother, Rosie, passed away in February. He also became the proud father of daughter Rocky, who was on hand with his finances, Tia Schmidt, on Sunday.

Young laid back to top his highscore wave.

Burke took three waves, two hits, to take the lead early in the run, with Young holding the wave’s priority.

Young, ranked 2nd on QS when the 2020 season ended prematurely due to the COVID-19 pandemic, defeated San Clemente’s Cole Houshmand 15.90-9.25 in the semifinals. He also defeated Chauncey Robinson of Melbourne Beach, Florida, 12.75-11.65 in the quarterfinals.

Skye Davies of the Santa Cruz Surf Lifesaving Association reached the semi-finals in the Open Women’s Board Race.

Inkster, a graduate of Harbor High and San Jose State University, graduated 5 under par 67 for a total of 9 under 135. The World Golf Hall of Famer, a seven-time major winner, earned $ 24,500 for her sixth Legends Tour finish.

The Legends Classic is the second stop on the LPGA Legends Tour, a professional tour for former LPGA players aged 45 and over.

Captain Pat can’t wait for the week to start | ...