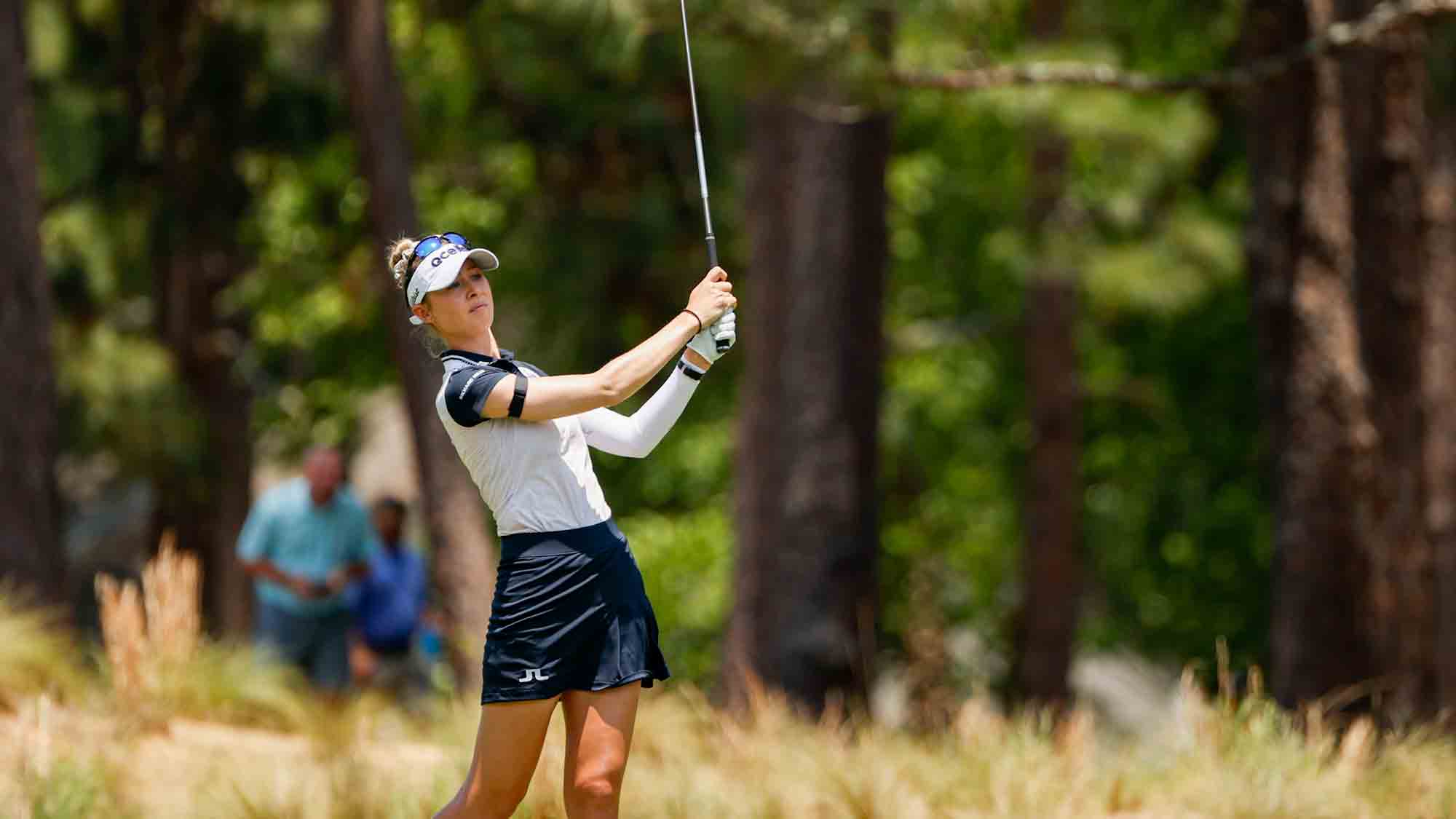 2021 KPMG Women’s PGA champion Nelly Korda returns to professional golf this week at the U.S. Women’s Open presented by ProMedica with a new appreciation for LPGA Tour competition. The 23-year-old was sidelined in early April after doctors discovered a blood clot in her left arm and comes to Pine Needles Lodge and Golf Club following a two-month break, one that saw a lot of rest and rehab from the Rolex Rankings No. 2.

“I was supposed to fly out to the West Coast that next morning and I just felt funny. I called my family doctor, and he advised me to go to the ER. I went to the ER, found out I had a blood clot, went back home, searched for a specialist, found one in Sarasota that was great, and then had my procedure,” said Korda of her experience. “It was around the time of probably the second LA event that I started hitting balls. I probably went like 60%, hitting like my 8-iron 100 yards to see how it was feeling, and then once I got the clearance from my doctor, then I was good to go.”

Before her hiatus, Korda had played just three events in 2022 – the Hilton Grand Vacations Tournament of Champions, the Gainbridge LPGA at Boca Rio and the LPGA Drive On Championship at Crown Colony – notching T4, T20 and T15 finishes respectively. This will be her eighth appearance in the U.S. Women’s Open and Korda has carded a single top-10 in her previous seven starts, a tie for 10th at Shoal Creek in 2018. As she prepares for the second major of the season and her first major of the year, Korda recognizes that while she may be No. 2 in the Rolex Women’s World Golf Rankings, she’s still playing catch-up as the LPGA Tour heads into the meat of the season. But even with all the challenges she’s had to overcome, one word will continually be on Korda’s mind as she makes her way around Pine Needles: gratitude.

“I’ve been out of competition since early February, and I’m honestly just grateful to be out here,” she said. “I’m going to take it one step at a time. I’m not expecting too much. Girls are already in the midst of their seasons and they have a bunch of rounds under their belts. I’m coming into a weird part of the schedule where I have the U.S. Women’s Open, then I’m defending at Meijer, and then I’m defending at KPMG. Honestly, I’m trying not to think about it too much, and I’m just more grateful that I’m out here, I’m being able to compete, and I’m seeing all the girls, too. I’ve missed it so much. Definitely as I got closer to this week, I started finally hitting it a little longer, I think the juices started flowing a little bit more, but I’m so happy to be out here. I’ve missed everyone, and I’m just grateful.”

← Dustin Johnson Commits, Is He Finished With The PGA Tour? Bensenville Debate Reaches DuPage County Board →