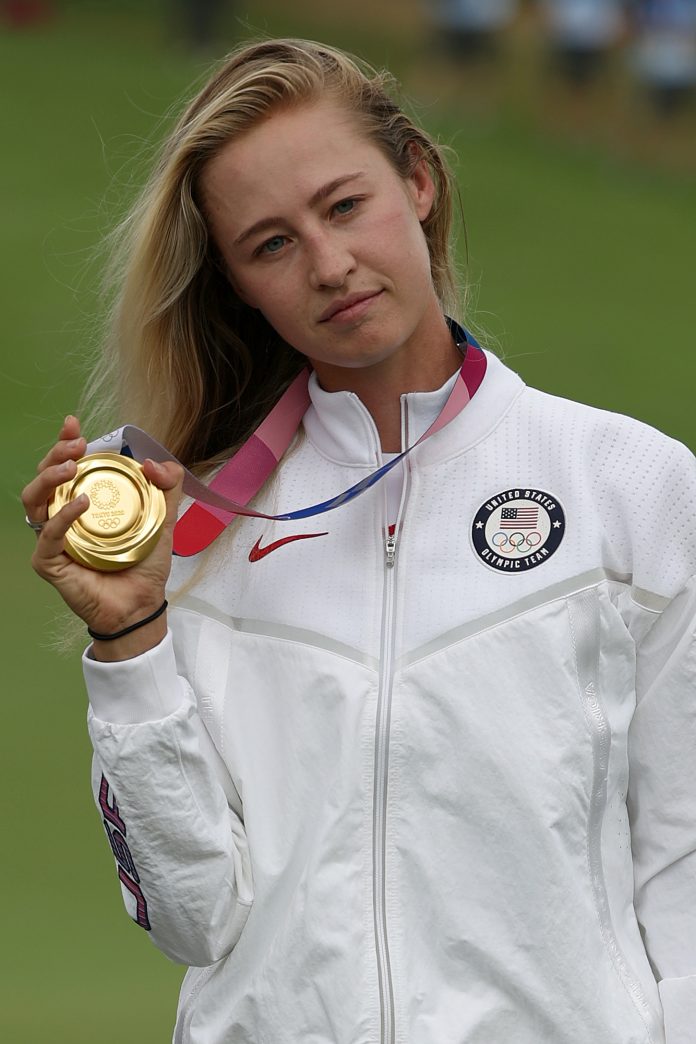 Could Nelly Korda winning the Olympic gold medal for Team USA be a stepping stone for more spectators and sponsorship in women’s golf?

The Olympics provided some must-see action for women’s golf fans, but the nightly sighting was tough. I fell asleep when a thunderstorm fell asleep during the final round in Tokyo, there was only one hole to play and Korda tied with Japan’s Mone Inami.

The New Zealander Lydia Ko and the Indian Aditi Ashok fought for the medals to the last hole. Inami took silver after a playoff victory over Ko. I woke up in the middle of the night while the TV was on and Korda was giving her post-game interview.

If you missed it, a seven-minute recap posted on YouTube via NBC Sports tells the story of the final round, including Korda’s double on the par 3 hole and three consecutive birdies to get back into the lead.

The LPGA Tour is having a big month with many Olympians traveling from Tokoo to Scotland for the Women’s Scottish Open at Dumbarnie Links. Another women’s major, the AIG Women’s Open, follows at historic Carnoustie.

Expect Korda’s win to be building a wave of excitement that culminates at the Solheim Cup. The Inverness Club in Toledo, Ohio is hosting a week of activity, running from August 31st on a bank holiday weekend from Saturday, September 4th through Monday, September 6th, Labor Day, to the United States versus Europe competition.

On other LPGA news, capital area favorite Jackie Stoelting won the Florida Women’s Open in her hometown of Vero Beach.

Stoelting, an Albany Symetra Tour champion with family ties to the capital region, returns to the top of the leaderboards after maternity leave and restricted gaming due to COVID restrictions. Stoelting’s parents are Ed (Niskayuna) and Teri (Clifton Park) Barenborg. Stoelting and her husband Travis and their 22-month-old son Baren live in Vero Beach, and Travis was on her bag on Sunday.

Get this win with your family by your side! ? – # FLWomensOpen pic.twitter.com/uuyY069x86

Women’s Division I college golf for the University at Albany and Siena College begins with the Crosstown Classic on September 12 at Wolferts Roost.

After successfully hosting the Symetra Tour, Pinehaven continues to be a popular destination for golfers. The senior and super senior amateur championship in Pinehaven from August 24-25 is full, with 120 golfers and 15 on the waiting list.