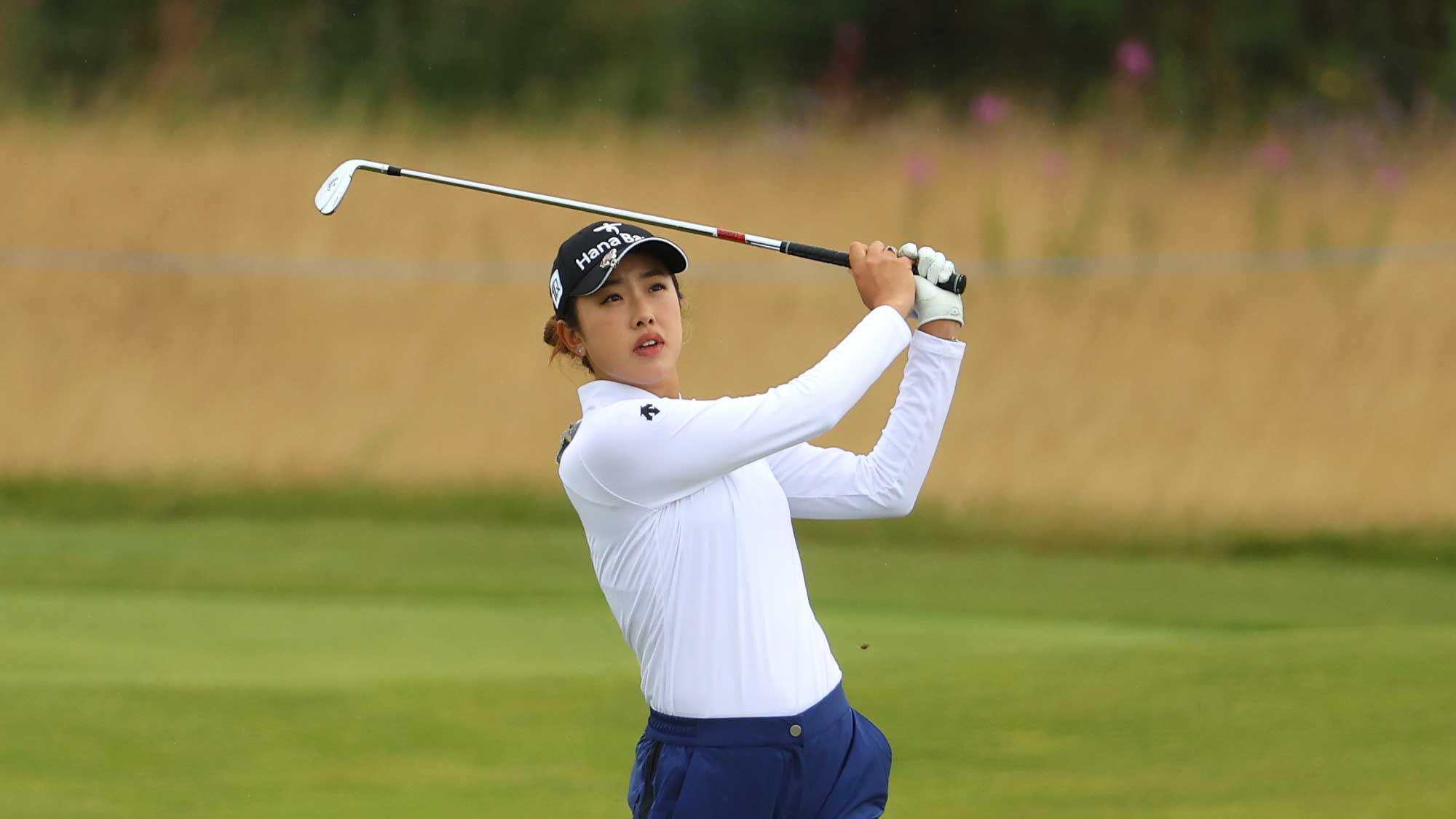 There are definitely lessons to be learned through success, but adversity is by far the best teacher. In the pressure of our bad moments, we have the opportunity to decide how we will react, whether the situation will change us or derail us, whether we will bend over or break.

Yealimi Noh faced adversity earlier this season at the Kia Classic, where the rookie was fined $ 10,000 for his sophomore year after recording two bad times on nine holes at Aviara Golf Club. The costly blow came after a stormy start to their season and struggles with their ball stroke. Although the 20-year-old tried to put on a brave face, it was a tough learning experience that challenged her both on and off the golf course.

“I was really tough on myself and then every tournament I entered got tougher mentally for me, because of the results of course, but also because of a fine,” said Noh at the KPMG Women’s PGA Championship. “That definitely ruined my mood and I don’t think I deserved it. It was hard to come back mentally from it – watch my back and try to do something I don’t normally do. “

It was there at the Atlanta Athletic Club that Noh broke through and carded a T-15 in the third major of the season. Two more pedestrian finishes later, she scored a T-3 with partner A Lim Kim at the DOW Great Lakes Bay Invitational and followed with a solo third at the Amundi Evian Championship.

A T-14 at the ISPS Handa World Invitational and a T-7 at the Trust Golf Women’s Scottish Open gave Noh a lot of momentum at this week’s AIG Women’s Open, and she’s definitely using those positive insights to her advantage. Despite a bogey-bogey double finish on Saturday, she is 6 under and three strokes behind the lead in three rounds. Although she admits she feels the physical exhaustion, Noh has a new sense of self in her abilities that stems from her good game in a major just four weeks ago.

“I have a lot of confidence and a positive mood because it was my best result in a major at Evian,” said Noh. “My previous placements in majors haven’t been as good as I imagined, but I’ve got a lot of good vibes and a lot of confidence this week. My ball hit is back where it was and where I think it should be. My swing doesn’t have much going for it, but for some reason I didn’t hit it well. but at the moment I hit it much better and putts go in ”

While the last month on the golf course overseas has been fruitful, Noh is also pleased with the personal growth she has witnessed during her time in Europe, sharing the lessons of her pitfalls at the beginning of the year and the time she spent outside of the Family has spent why. It can get lonely at times, even more so for a young person who isn’t used to being apart from their parents, but knows this has been a great month for them in many ways, not just work.

“It was very tough both mentally and physically at the beginning of the year,” said Noh. “My golf game wasn’t what I wanted it to be and everything else outside of golf was really tough for me. I’m still working on it, but I’m glad I did well in Europe. It’s also the first time I’ve been away from my parents because they usually go to all of my tournaments. But I’ve learned a lot in Europe this month and I think I’ve grown a lot. I’m very happy with the way things are going because it was a difficult start. “

It doesn’t matter how you start, it matters how you finish. With all the lessons learned from her successes and shortcomings, Noh is ready to make a noise in Carnoustie on Sunday.