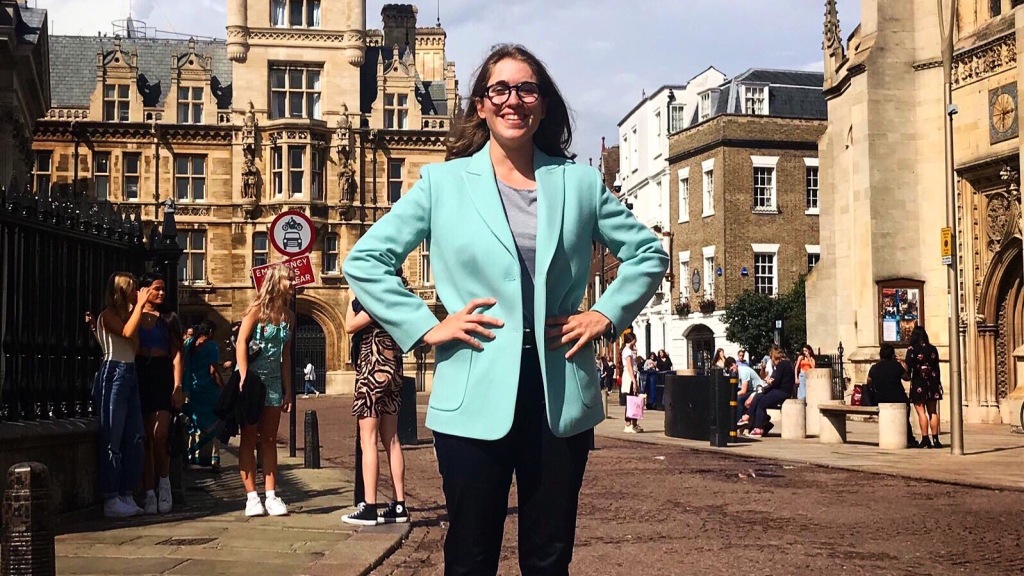 Is Virginia Elena Carta the most versatile golfer? The Cambridge Graduate NCAA Champion certainly makes a strong case after taking another big step towards getting an LPGA card.

Qualifying School is a grueling 288-hole grind. Carta survived the second stage on the starting number and is traveling to Italy on Tuesday to prepare for the upcoming eight-round Q-Series on the Robert Trent Jones Trail in Alabama in December.

Carta happens to be where she excels, and she’s already a member of one of the oldest golf societies in the world after surviving and thriving in an academic gauntlet to become part of the Oxford and Cambridge Golfing Society, simply known as The Society will.

Last September, Carta became the fourth woman to ever compete in the University Golf Match (also known as the Varsity Match) between Oxford and Cambridge, which dates back to 1878 and is the world’s oldest amateur golf event.

Should the affable Carta qualify, she knows it couldn’t possibly be tougher than the Varsity Match as she played the tips as she did every time she competed for the Cambridge Blues team.

The weekend competitions included 36-hole competitions on the best courses in the UK including Royal Porthcawl, Royal St. George’s, Rye, Sunningdale and the Old Course. The blues team picked up the best members of each club, and Carta had a lot of fun wearing down her driver and 3-wood while enjoying stimulating conversation.

When asked if friends thought she was crazy postponing a professional golf career to get another degree, Carta said she heard the opposite: “You are crazy giving up your academics and job to actually go to the LPGA follow.”

Duke’s Virginia Elena Carta will participate in the second round of the 2019 NCAA Women’s National Golf Championship at Blessings Golf Club on Saturday, May 18, 2019 in Fayetteville, Arkansas. (Tim Cowie / Duke Athletics)

Born on Christmas Eve in Milan and named after the author Virginia Woolf, Carta graduated from Cambridge with an “Mphil” in environmental policy (equivalent to a Masters in the USA). She also has a degree in environmental science and policy from Duke, where she won the NCAA individual title as a freshman in 2016 and then helped Duke win a team title as a senior in 2019. She was also a finalist in the 2016 US Women’s Amateur, won by Eun-jeong Seong.

When the opportunity arose to study at Cambridge, Carta knew her LPGA dream would have to wait.

“It’s tough, I’m not going to lie,” she said of her time at Cambridge. “It’s hard to still play and practice and focus on golf while chasing high-profile academics.”

After graduating from Cambridge, Carta worked as a consultant at Domino Printing Sciences until July. The money she earned there started her professional career. Carta made her professional debut on home soil in May at the Ladies Italian Open where she was in the spotlight and missed the cut.

“Getting off to a bad start was great for me,” she said, “because it just woke me up and realized that it wasn’t as easy as I had imagined.”

Virginia Elena Carta with her Cambridge team in Muirfield for the Varsity Match.

However, a tie for fifth place at the Swiss Open and a shared sixth place at the French Open in September gave Carta a confidence boost for the second stage.

Fixing her game wasn’t the only necessity, however. Carta said she should have stopped playing without a sponsorship from Lineage Logistics.

At Q-School, where Carta continued her new tradition of not looking at the leaderboards (even after the round on her cell phone), she survived a gnarled double bogey on a par-5, which she achieved in two points on Sunday tried that contained more tops and chunks than are suitable for printing.

But then she almost holed herself up for Eagle on the next hole and held it together as she walked down the track to land 3 under in Venice, Florida, joining current Duke player Gina Kim (T-19) as two of the 47 players to advance.

“It was hard; it was intense; it doesn’t matter,” said a smiling Carta. “I’m just glad we made it.”

Although Carta left Duke more than two years ago, her legacy lives on there in the Birdies For Babies program, which she launched in 2018. The year-round fundraiser benefits the hospital’s neonatal and pediatric intensive care units and has raised nearly $ 70,000 to date between the men’s and women’s Blue Devil golf teams.

“What more could you expect from a person than to be academic, giving and also a successful athlete?” Duke coach Dan Brooks once asked. “It’s pretty special.”

The definition of doing anything.