Patty T continues to cool through the first CME | LPGA 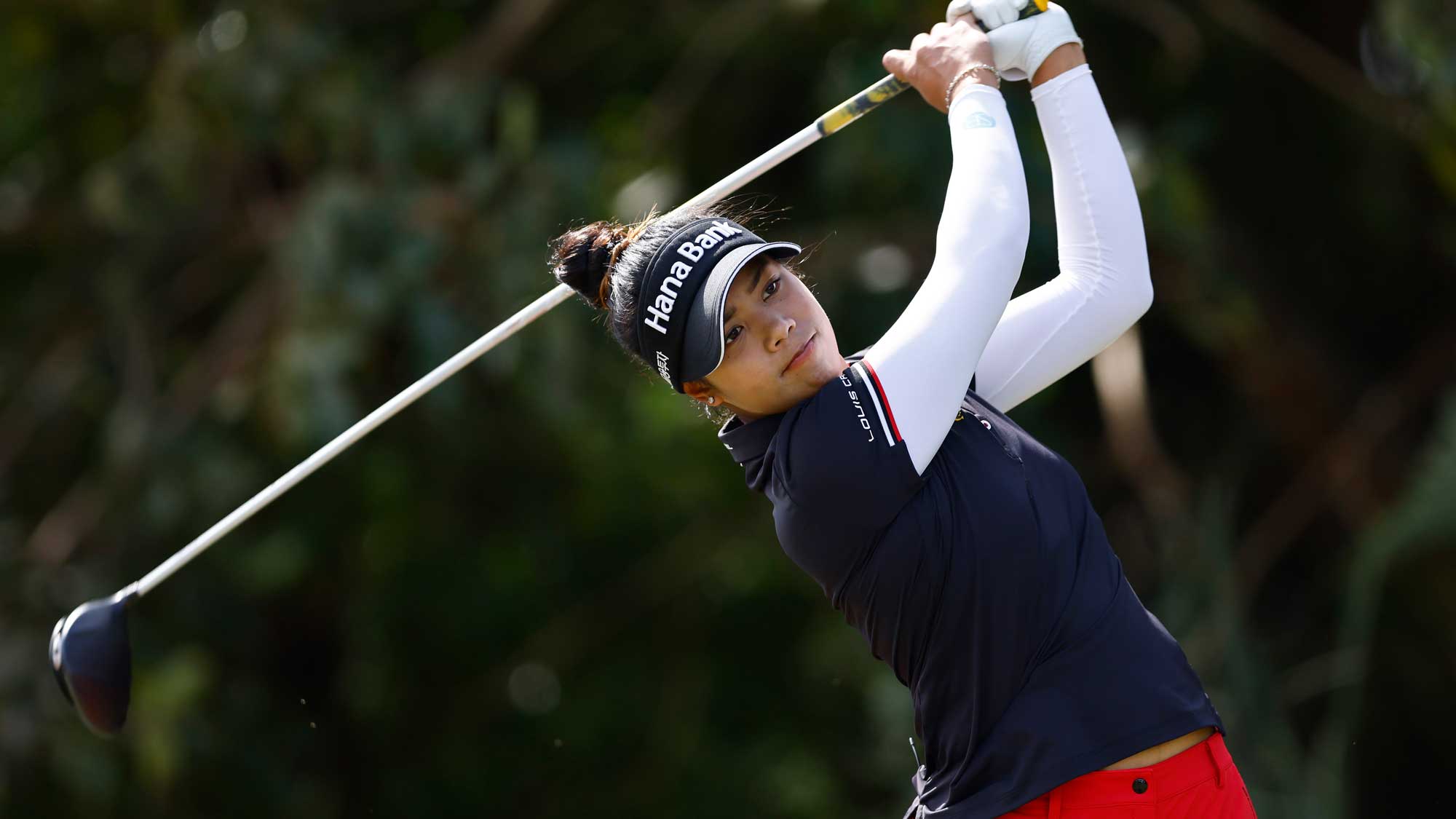 NAPLES, FLORIDA | Earlier this week, Patty Tavatanakit’s agent hosted breakfast with Patty and one of her sponsors at the Ritz Carlton Golf Resort, just steps from the 18th green at Tiburon Golf Club. At that time, the amount of money Patty would pay from said sponsor was on the table. So Patty walked into the hotel lobby in a UCLA sweatshirt that looked like a college kid on her way to Starbucks. She drank good coffee – one of the luxuries she affords herself – and chatted for about 20 minutes before returning to her room to tidy up and get ready for her practice session.

As she walked away, the sponsor looked at the agent and said, “I want to sign Patty for the rest of her career. And I don’t think we’ll pay her enough. “

That’s the impact she has on the people she meets. It is a charisma and attraction that cannot be described. Patty is, in her words, “chilled” in everything she does. The way she walks, the way she talks, the way she plays, the way she engages with people she has never met. A combination of Fred Couples and Jack Nicholson, she exudes the kind of coolness one would have wished for at her age while also having a fiery passion beneath the surface.

“If you ask me if I ever don’t chill, I would say yes, because golf is a stressful game,” she said on the Wednesday before the opening round of the CME Group Tour Championship. “You go out there and try not to make mistakes. But being able to repeat things takes the stress out of the game, so I was pretty relaxed last week. I wasn’t relaxed at ANA (now the Chevron championship it won) or (the) Kia (Classic) where I missed the cut and had to find a caddy. US Open I wasn’t cold. It was busy. There are weeks like this. “

There were also weeks when she seemed to have golf and life on cruise control. In addition to her victory in the Chevron Championship, Patty finished T-5 in the KPMG Women’s PGA Championship and T-7 in the AIG Women’s Open, securing the Rolex Annika Major Award while trotting. She also had 10 top 10 finishes, the second most of the year behind Jin Young Ko. She finished 7th in the under par laps at 44, which was exceptional given that she was off for several weeks during the season. And she is not only Louise Sugg’s Rolex Rookie of the Year, but is currently third in the Rolex LPGA Player of the Year race behind Ko and Nelly Korda. She comes 4th in the week in the Race to the CME Globe and was T-6 in the Pelican Women’s Championship last week presented by Konica Minolta and Raymond James.

This is a career year for most people. But Patty just shrugs and smiles.

“It’s a good sign that I can get high places without my A game. It’s good to know that I have this ability. “

She’s also brutally honest. If you talk to her for more than a minute or two, you will realize that this is a woman with a deep intellect and a remarkable ability for self-reflection. They feel like if she didn’t shoot 66 she would be your cardiologist or a CEO career with a multinational company.

From the week in the California desert when she became major champion, Patty said. “I think I really had a blackout this week. Everything went so well and I wasn’t distracted. I was very focused all week. But honestly, I didn’t feel like me. I felt empty and dead inside, which is sometimes needed in golf. I just am not really.

“I haven’t really had that liveliness in me all week, and I just am not. For some reason, I played well in this situation.

“That’s why I want to keep it cooler,” she said. “It’s just a kind of compensation (I need). I am still searching. This is only my second year touring and I’m still looking. It’s the first time I’ve really been a top player who everyone pays their attention to every week. It’s not the easiest thing to manage. But I feel like I’m doing a good job. “

Nobody would disagree with that last statement. When it comes to good jobs, Patty seems to be after a science.

The chill part? This is of course. Hopefully it will never change.